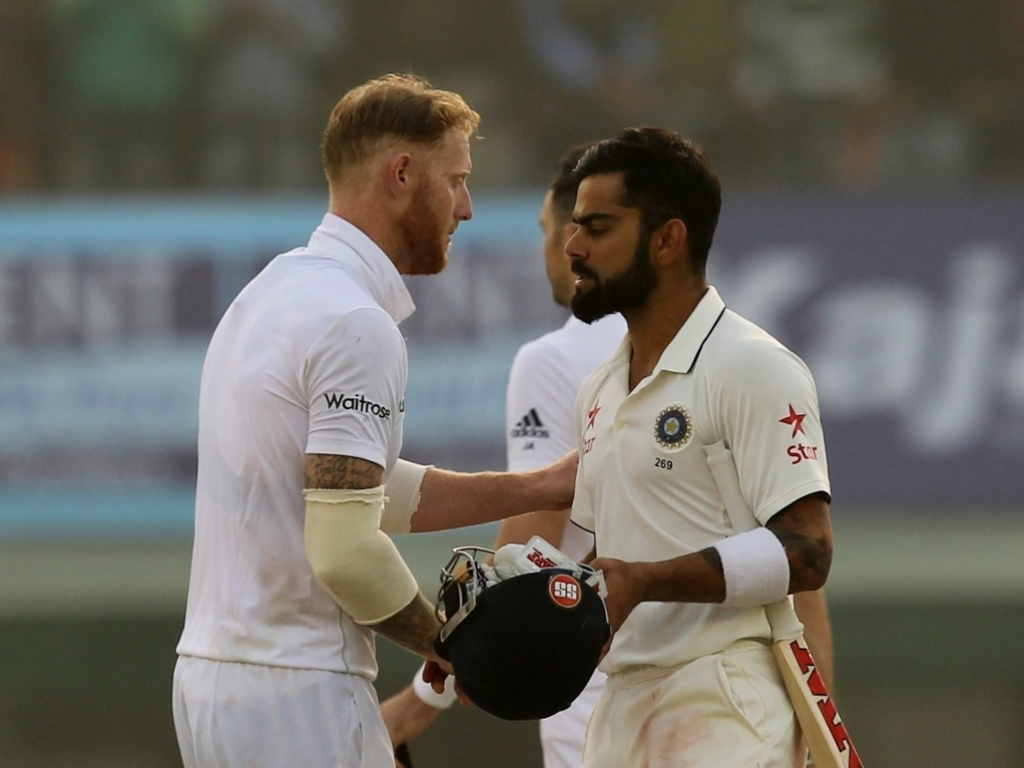 When the powers that be at Cricket365 contacted my people about the possibility of contributing a regular betting column, I didn’t need asking twice. Granted I’ll never be mistaken for David effing Gower but I like to think of myself as something of a scholar of the game.

My credentials? I once made an unbeaten 177 in a Teesbrooke Avenue street game using a set of aluminium step ladders as a wicket on a very lively tarmac surface age just 13. Alas puberty, fast women and MD 20/20 soon came into my life and I essentially chose the path of Oliver Reed rather than Sunil Gavaskar.

To business then. India took an unassailable 2-0 lead in their Test series against England after an eight-wicket win inside four days in Mohali. It was a Test match to forget for the tourists, who along with being well and truly spanked also lost one of their top performers of the series.

The gritty Haseeb Hameed headed home for surgery on a broken finger. The Lancashire teenager exits India with a dodgy digit but head held high after grinding 219 runs at an average of 43.80.

With Hameed out of the equation and England reeling, India have rather unsurprisingly been chalked up as heavy betting jolly’s for the fourth Test starting on December 8 and they are as short as 4/11 in places to win a third Test match on the spin.

Speaking of spin, for me England seem to have got it wrong in this series in their pig-headed persistence to play three spinners. Zafar Ansari and latterly Gareth Batty have been used yet brought so little to the party it’s almost been laughable.

It’s certainly affected the balance of this England team and surely in Mumbai England will look to play to their strengths and play a fourth seamer?

India are deserving favourites here but it’s not all doom and gloom for Alastair Cook’s men, who won in Mumbai in 2012 with Cook himself scoring a brilliant first innings ton in that one.

It looks a decent batting track and if recent call up Keaton Jennings can replicate his red hot county form then England will surely make a better fist of it than they did in Mohali?

The draw is available at 5/1 and looks a fair price under the circumstances, especially given that my source tells me it’s going to be a decent batting track. No matter that my ‘source’ is a geezer called Big Dave from Islington who sells moody Sky boxes.

Before all that, Australia face New Zealand in what’s sure to be a keenly contested Chappell – Hadlee one day series, starting on December 4. The Aussies will be keen to switch focus to the white ball following their recent demoralising Test series loss to South Africa.

They’ve seen a fairly significant overhaul of their Test team but they remain the best ODI outfit in the world and will be looking forward to renewing hostilities with the Black Caps, a team who’ve they’ve had in their pocket for years now.

Indeed, since beating Australia in Adelaide on their first visit back in 1980, New Zealand have won only 17 of 60 matches contested in this format, and 37 of their 130 overall. That’s by far and away the Aussies’ best record against any of the top eight ODI nations.

With the outrageously gifted Glenn Maxwell back in the side, Australia start as 2/5 shots to win the series, and they are 4/9 to win this first game at the SCG. However those prices look a little short when you consider the Floppy Gold lost a ODI series 5-0 in South Africa for the first time in their history not so long ago.

Furthermore, when these teams contested the last Chappell – Hadlee series back in 2015 it was NZ who won 2-1. There’s also the Lockie Ferguson factor. The Auckland speedster is raw but has been clocked at 150kph and snared an impressive 77 first-class victims in just 22 matches.

He will be pumped to get at Australia here and the word is he could start in Sydney. He’s a 5/1 chance to finish the series as top New Zealand bowler and that looks a decent shout given there are fitness doubts surrounding Trent Boult.

The Aussies showed against South Africa they are not the force of old but NZ make the short trip across the ditch without retired Kiwi legends Brendan McCullum and Daniel Vettori. This Black Caps squad is short on experience but not ambition, talent or bottle.

In short they are plenty good enough to take this series to the wire.

Outside Edge: Lockie Ferguson to be top NZ bowler v Australia at 5/1 (Coral)