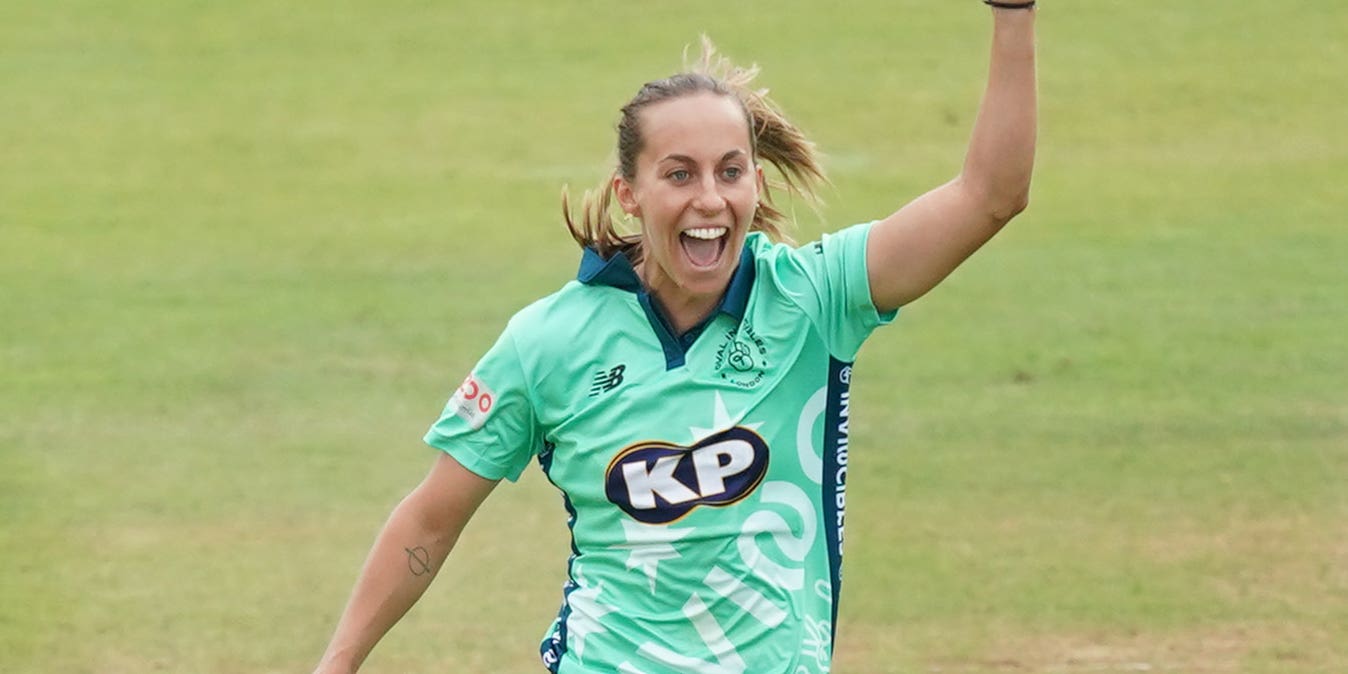 Tash Farrant admitted she is feeling “quite emotional” about the prospect of playing in a Lord’s final after helping the Oval Invincibles defeat Birmingham Phoenix to reach the women’s Hundred showpiece.

Farrant was not part of England’s World Cup-winning squad in 2017, instead watching the final victory over India as part of a sold-out Lord’s crowd, but will now get the chance to run out at the Home of Cricket against Southern Brave on Saturday after starring in Friday evening’s eliminator.

Having been put in to bat, the Invincibles made what looked to be a below-par score of 114 for seven on their home ground at the Oval, with the experienced Marizanne Kapp top-scoring with 37.

The Phoenix looked to be on course for a place in the final, which would have matched the achievement of their men’s team, but they collapsed from 81 for four to 94 all out in reply, with Farrant claiming tournament-best bowling figures of four for 10.

The 25-year-old left-arm seamer, who has played three one-day internationals and 15 T20Is for England, said: “I felt quite emotional actually after the game knowing that I’m going to get to play a final at Lord’s.

“Obviously we’ve already played at Lord’s in the Hundred and I just know the atmosphere’s going to be electric tomorrow.

“It was unbelievable today. We’ve had amazing support at the Oval so I think that’s going to put us in good stead.

“We’ve already played in front of some really vibrant crowds and hopefully we’ll have the same again tomorrow.”

Birmingham lost both openers without scoring but captain Amy Jones (35) and Erin Burns (23) looked to have got them back on track with a third-wicket stand worth 52.

However, Farrant took a stunning catch to break the partnership, diving outstretched to dismiss Burns off the bowling of Kapp, before then taking the wicket of England wicketkeeper Amy Jones as the bowler just one ball later.

“(It’s) obviously very disappointing,” he said. “We lost two at the start and then the girls settled into it a little bit with Amy and Erin but to lose four or five for only a couple, you’re not going to win too many games doing that, so that’s where we lost the game.”

He added of the Invincibles: “They’re a really good team, particularly a good bowling and fielding side, and they took their chances. I’m pretty sure we took all our chances as well so the fielding on both sides was really good today.”