IPL matches in tense Chennai could be moved 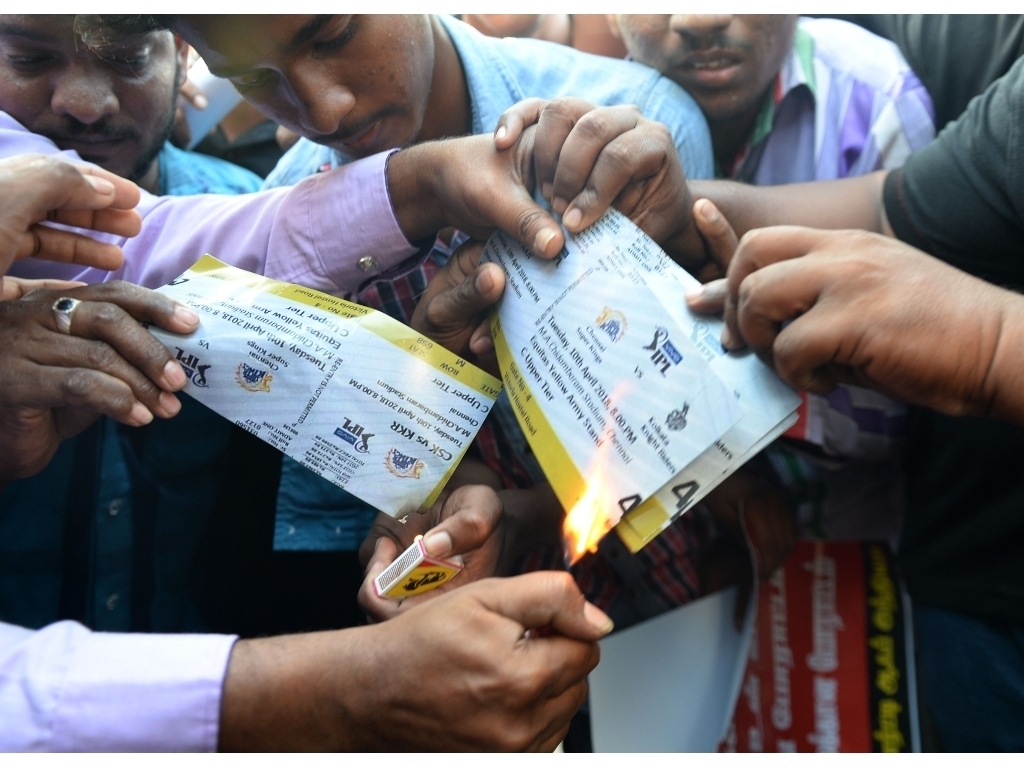 The Chennai police commissioner has advised the city’s Super Kings franchise to ‘reschedule’ their home matches.

This comes in the wake of active and ongoing protests in the city relating to the Cauvery river water issue.

Super Kings’ chief executive officer Kasi Viswananthan met with the police commissioner and is awaiting advice from the BCCI on the next steps.

Viswanathan said:  “Because of the volatile situation we have been apprised that it is better to reschedule the games.

“We have conveyed that to the BCCI and awaiting [further] information.

“Normally they [the IPL governing council] will give a list of venues available.

“After that only we can decide.”

Still we have a lots of love and care for our csk fans. #fans #csk pic.twitter.com/HRE0fu0sEW

Groups protesting the water issue had threatened a boycott of all IPL games at MA Chidambaram Stadium which has hosted one match so far.

That match did not pass without incident with a group of fans throwing shoes at Super Kings players on the boundary.

There has been no confirmation that that incident has been linked to the ongoing unrest in Chennai.

The Super Kings next scheduled home match was set for Friday April 20 against the Rajasthan Royals.