Home 2015 World Cup Ireland must learn to be more ruthless

Ireland must learn to be more ruthless 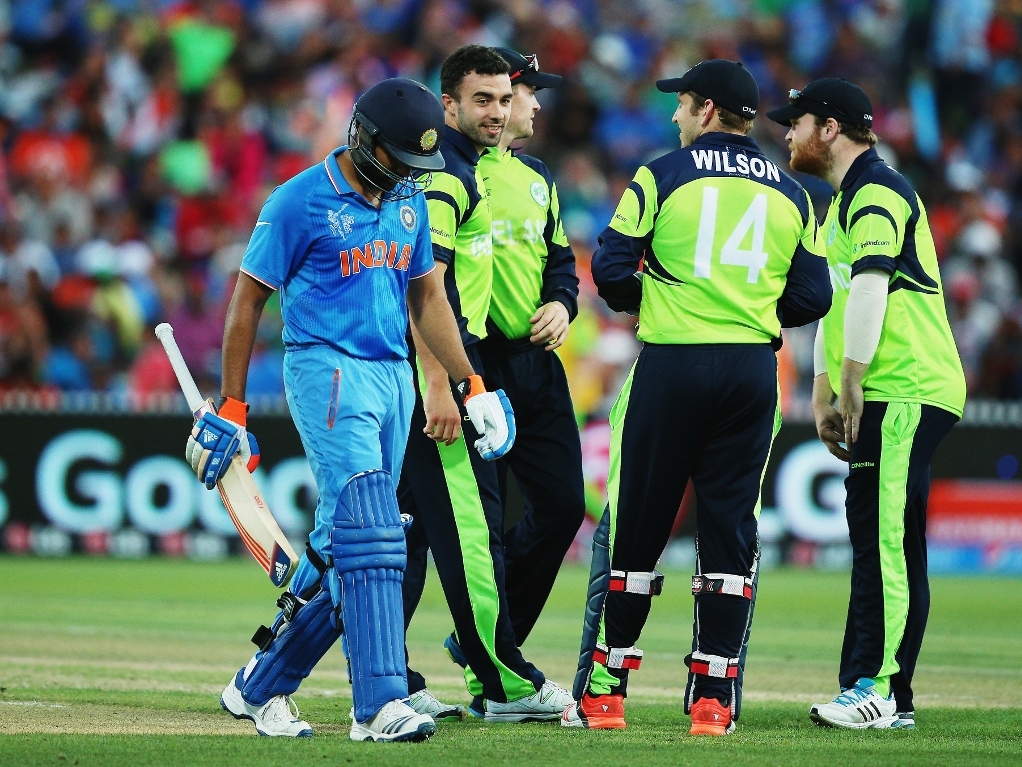 Ireland captain William Porterfield believes India showed his side how to be ruthless in crunch situations, when the two teams clashed in a World Cup Pool B encounter in Hamilton on Tuesday.

India won the match comfortably, by eight wickets, after bowling out the Irish side for 259 in 49 overs. The Asian team then knocked off the score with more than 13 overs to spare and only two wickets down.

It all started so well for Ireland as they found themselves 89 without loss and looking to score more than 300 on a flat-looking Seddon Park pitch.

However India fought back through their spinners, with off-spinner Ravi Ashwin excelling, to put the brakes on the Irish and strangle them. It worked as the European team lost their last six wickets for only 59 runs.

Porterfield said after the match: "We have been confident with the bat throughout. We played very well for long periods of that game today. But is just show how ruthless you have to be the way India batted there.

"We could probably have put them under a bit of pressure but we didn't want to go too hard too soon especially after losing those couple of wickets.

"We just lost those wickets at crucial times and it slowed us down. We didn't kick on as much as we would have liked but you have to give them credit as well."