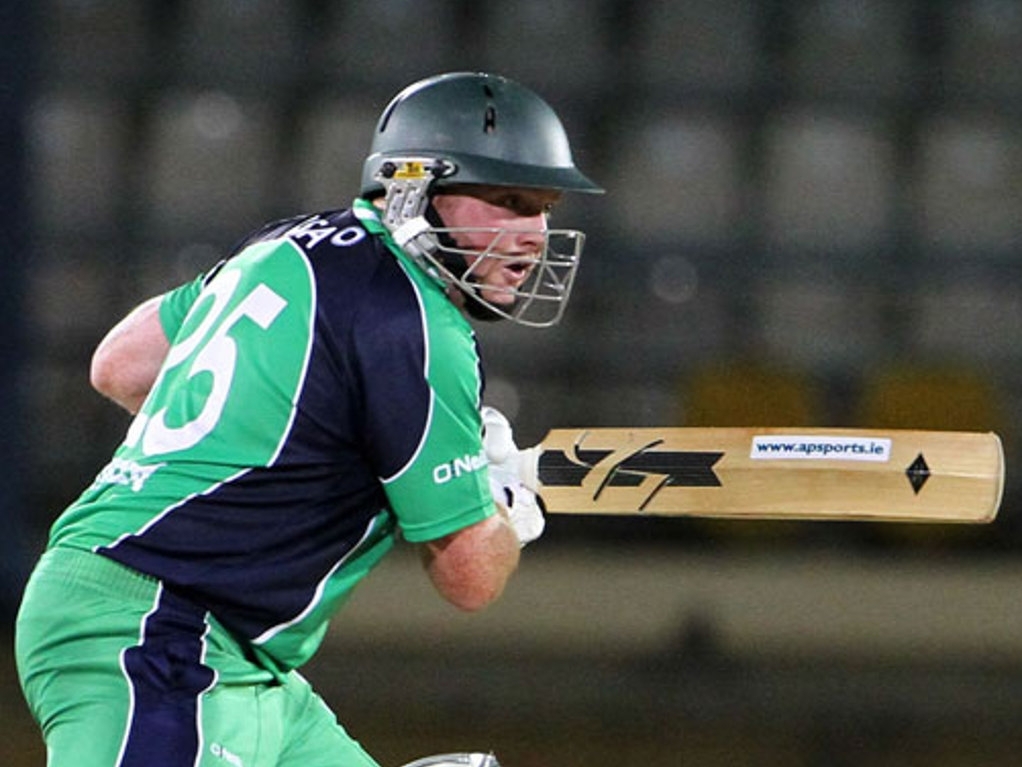 Ireland batsman Andrew Poynter has announced his retirement from professional cricket at the age of just 29, saying he'd like to focus on his business interests and young family.

Poynter last played for Ireland at the World Twenty20 this year, where he struggled with the bat. But his form for provincial side Leinster this season has been good, with his most recent knock a half century.

But he has opted to hang up his spikes and focus on his coaching and business, saying he'd rather leave a gap for a younger player who has more time to dedicate fully to the provincial and international scene.

Poynter, who has a First Class average of 28.20, said: "I have always found it tough to manage an international and inter-provincial cricket career whilst having to juggle running my own business, AP Sports.

"I'm head of youth coaching at Clontarf CC and have other coaching roles as well as a young family.

"I feel that I can still perform at inter-provincial level and scored runs this season, but I do not want to stand in someone's way who has a dream of playing for Leinster Lightning and Ireland.

"I am looking forward to developing my coaching career – I have nearly finished my level three award and [am] keen to move to level four in the near future. But most of all spending more time with my family with a bit less stress.

"I am so proud of my achievements in an Irish jersey, especially captaining my country and playing in two World Cups. I'll miss the green jersey but this is the right decision for me.

"I'd like to thank all involved in giving me the opportunity to pursue my dream."