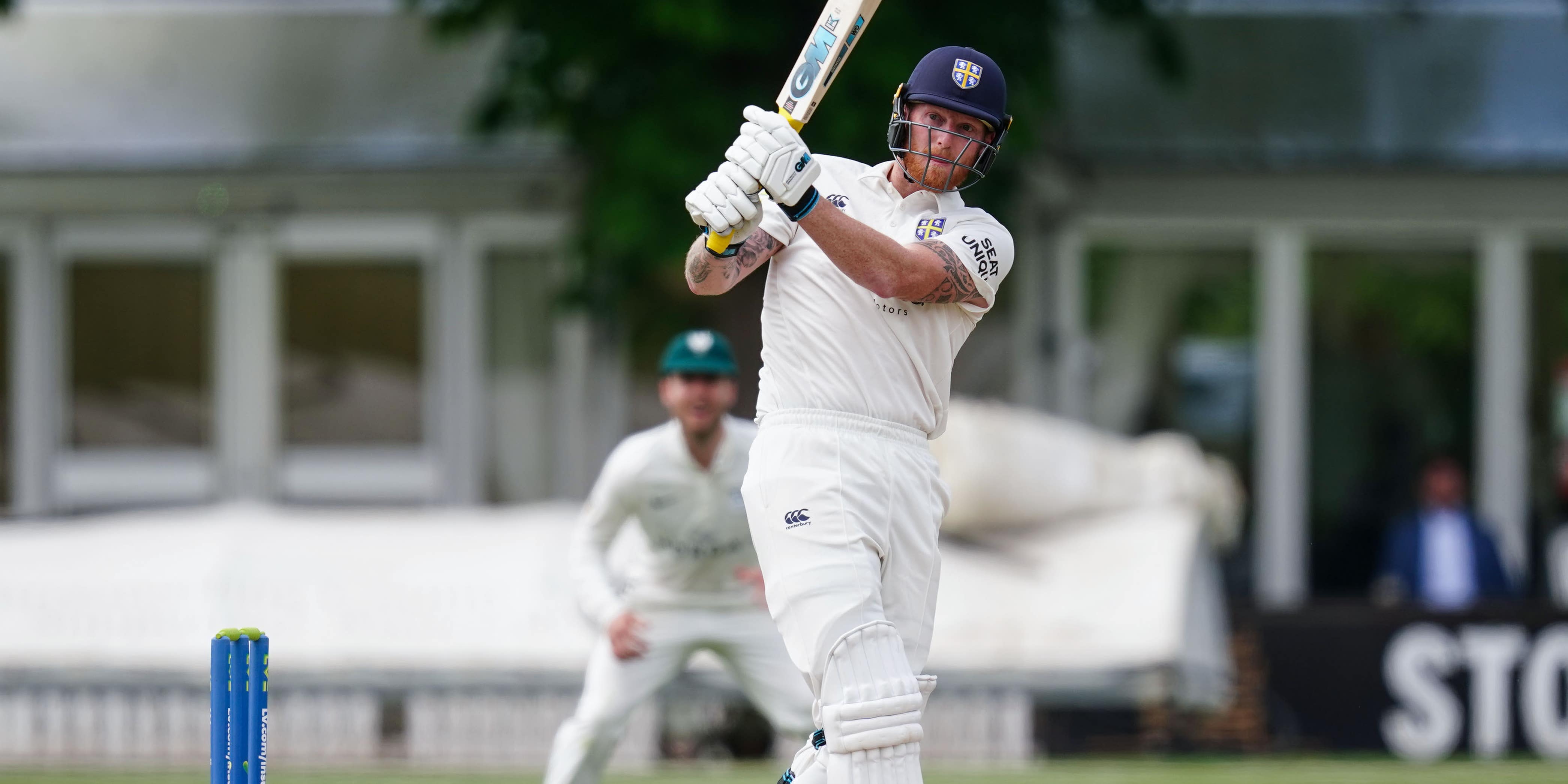 England captain Ben Stokes was happy to enjoy a breathtaking return to the pitch as his record-breaking century put Durham in control at Worcestershire.

The newly-appointed Test skipper hit 17 sixes as he made 161 from 88 balls in his first innings since England’s third-Test defeat to the West Indies in March.

“I think the game got set up very nicely by our top five. I just had to play the situation and then, once we got our last batting point, it was about trying to get as many runs as we could.

“Franky (Durham head coach James Franklin) likes his records up in the dressing room when people achieve them, so he just read them out.

“There are records you don’t know and people bring them up. You don’t play the game for stuff like that.”

Stokes exceeded by one the record of 16 sixes in a Championship innings previously achieved by Andrew Symonds for Gloucestershire and Graham Napier for Essex.

He hit only eight fours along the way – although one of them came as he fell agonisingly short of equalling another notable batting feat, having hit the first five balls of a Josh Baker over for six.

“I knew as I hit the final delivery that it didn’t quite have the legs!” he said, before encouraging Baker to respond to the experience as Stokes himself did after his last-over nightmare against the West Indies’ Carlos Brathwaite in the World T20 final in 2016.

“Hopefully he can use the experience,” he said. “I know Richo (Alan Richardson, Worcestershire bowling coach) quite well so I’m sure he will get around him and make sure it doesn’t knock his confidence.

“It is an experience for everyone, and personally, I know what it is like, and just hope he doesn’t look into it too much.

Ed Barnard, another of the Worcestershire bowlers on the wrong end of Stokes’ onslaught, hailed a “special player”.

“It was pretty incredible stuff from Ben Stokes,” he said. “Obviously not nice to be on the receiving end but sometimes you’ve got to give respect to what he has done.

“Some of that ball striking was pretty clean. He is a special player and pretty incredible to witness.”