‘It was our worst batting display in the last two years’ 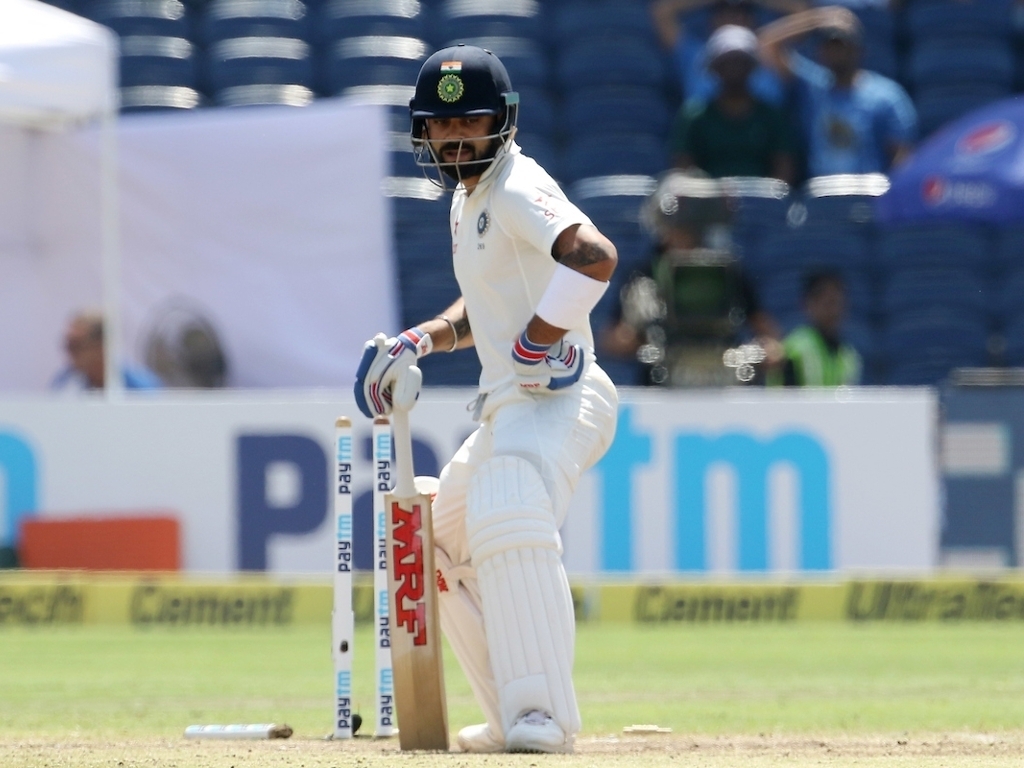 India skipper Virat Kohli conceded that his team were thoroughly outplayed by Australia while laying the lion’s share of the blame at the feet of the batsmen.

The 333 run loss to Australia is India’s first in 21 Test matches at home and is the tourists first win in their last ten outings in Asia.

Kohli praised the efforts of the Australians unreservedly after the game giving them all the credit for a great win.

At the post-match press conference Kohli said: “It’s been a good run. Good to see the support. We got outplayed in this game. We got to take it on the chin, accept that they outplayed us. It was our worst batting display in the last two years.

“We need to see what we did wrong. They exploited it better than us. They put us under pressure throughout and deserved to win this game.

“We’ve had two really bad sessions and to pull it back against a quality side is very difficult. No excuses. Sometimes, you have to take your hat off and tell the opposition well done.”

His opposite number Steve Smith was understandably thrilled with the result and heralded the work of left-arm spinner Steve O’Keefe whose 12 wickets earned him the man of the match award.

Smith said after the win: “”Thought it was going to be hardwork. I’m proud of the way the guys played. Winning the toss was a bonus, good plans in place.

“O’Keefe was outstanding. We’ve got some good players of spin and good spinners.”

The skipper was relieved that Australia were able to snap a long winless streak in India and gain an important psychological edge.

Speaking if the first innings lead Smith indicated he felt it was a big moment in the match engineered by O’Keefe.

He went on: “A massive lead on this wicket. When he pulled his length back slightly (O’Keefe), it felt he’d get a wicket every ball. You need to have some luck on a wicket like that. It took a lot of grit and determination.”

The performance hasn’t yet sunk in for O’Keefe who revealed that the first innings felt a little dreamlike.

O’Keefe said while receiving his man of the match trophy: ” The first innings was a bit of blur. The ball tended to skid on more than spin so it exposed the stumps and the lbw. My first six wickets was ordinary, I had to change it up quickly. Our batters worked really hard not to get beaten on one edge.”