Home News ‘It was the best Test match of my career’

‘It was the best Test match of my career’ 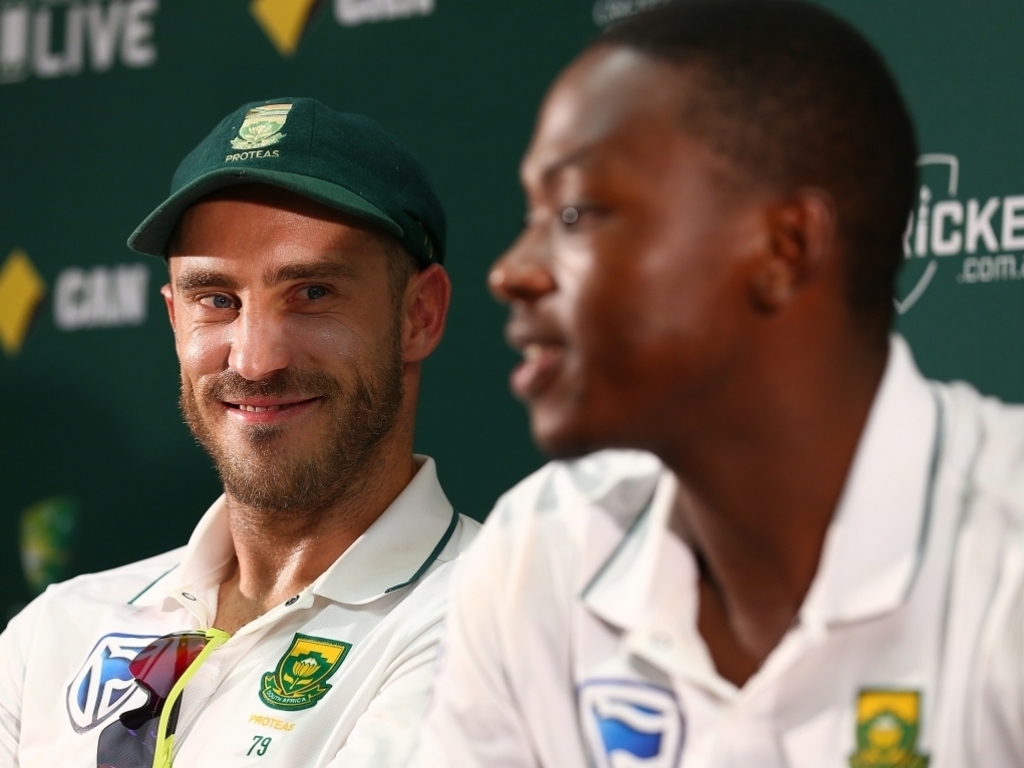 South Africa Test captain Faf du Plessis has described the 177-run win against Australia in the first Test at the WACA ground in Perth as ‘the best Test match of my career’.

The Proteas put in a spirited performance with only two seamers after the injury to Dale Steyn, and go one-up in the three-match series which moves to Hobart later this week.

“For my career that I’ve been involved in that is one of the most special days,” he said to the media after the match.

“To turn it around 360 degrees after day one when we were under the pump and under a lot of pressure, and in the position that we were in to turn it around on day two was one of the best days of cricket that I have been involved in.

“To be a seamer down pretty much the whole Test match and to do what we have done; we always joke that if you lose a seamer in a three-seam attack it’s 99 percent impossible to win a Test match because there is just too much of a workload on the bowlers.

“Somehow we managed to do it, obviously there is a lot of credit that must go to Kagiso Rababa, who has put up his hand and bowled really well.

“And also Keshav (Maharaj), he was the guy who relentlessly bowled in a good area and made sure we could rotate the guys from the other end and build a bit of pressure.

“That is right up there as one of the best Test matches of my career.”

Du Plessis was full of praise for his tenacious bowling unit, who never backed down despite the high workload and long spells on the final day.

He made a special mention of the never-say-die attitude of man-of-the-match, Rabada, who put in his longest spell of bowling at international level to lead from the front in the absence of Steyn.

“I’m incredibly proud of him,” he said of Rabada. “I have a lot of respect for anyone who puts up their hand and does the hard yards.

“KG just wanted the ball, every time I asked him if he was tired or done he said ‘no, you’re not taking the ball out of my hand’.

“That is a sign of a champion bowler for me, someone who wants to be in the fight the whole time and wants to make sure he does the hard work.”