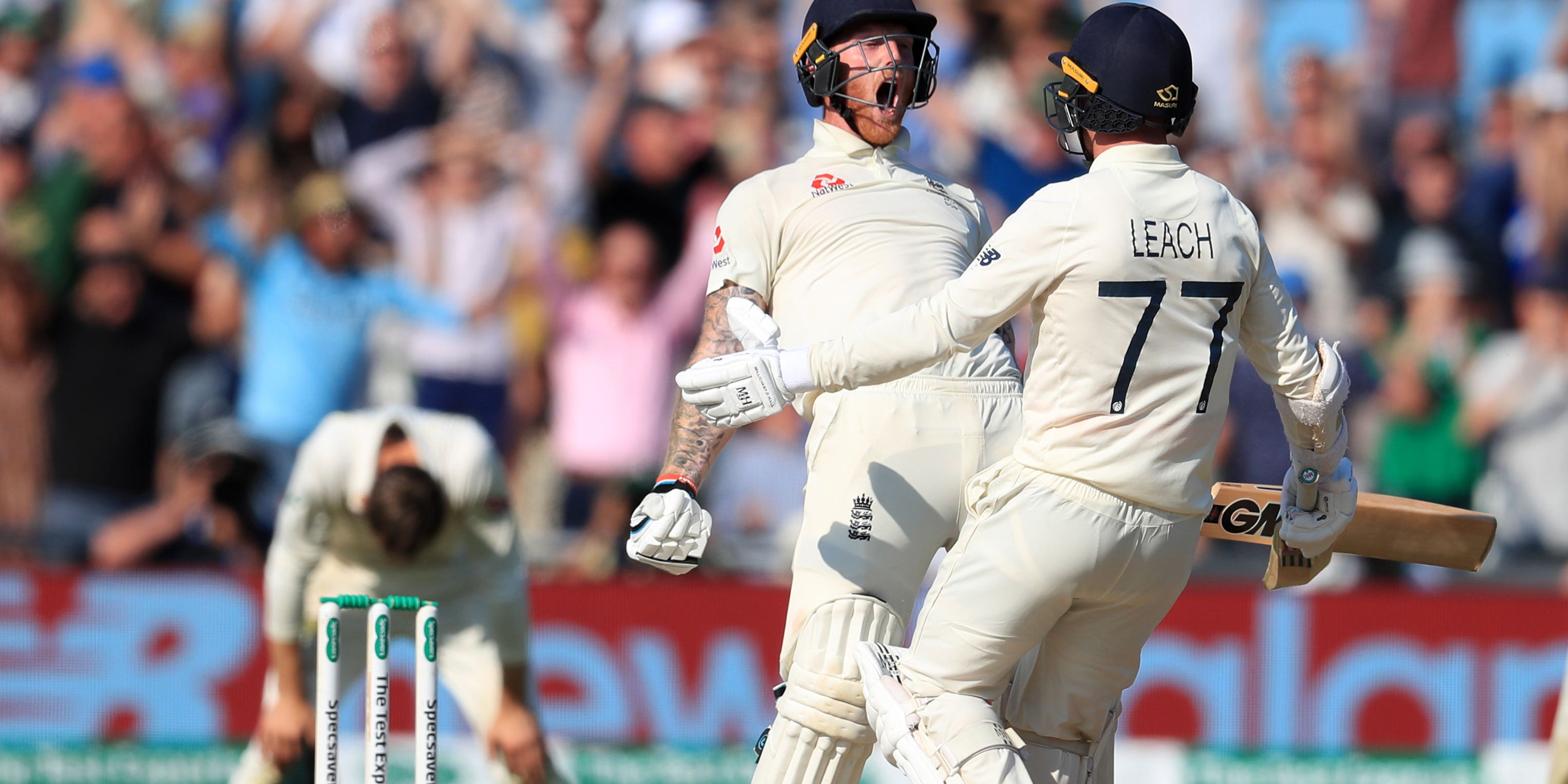 England spinner Jack Leach has insisted the whole squad are behind team-mate Ben Stokes after it was announced on Friday the all-rounder would take an “indefinite break from all cricket.”

The England and Wales Cricket Board revealed the 30-year-old had withdrawn from the upcoming series with India to “prioritise his mental wellbeing and to rest his left index finger” with managing director Ashley Giles insisting the multi-format player would be given as long as he needs to make a full recovery.

Leach, who is part of Joe Root’s 17-man squad for Wednesday’s first Test and starred with Stokes in a memorable Ashes win at Headingley in 2019, said: “All the lads are behind Ben and supporting him where we can.

“He has shown courage and bravery to prioritise his mental health. He is a focal part of our team and we will miss him.

“His priority is to take some time out from the game to get better. We can’t wait to welcome him back in the near future and winning games of cricket for England.”

Stokes, whose father Ged died in December, underwent surgery in April on a fractured left index finger but was rushed back into action at the start of July when a Covid-19 outbreak in Eoin Morgan’s white-ball team saw a whole new squad called up to face Pakistan in a one-day international series.

Craig Overton has replaced the Durham all-rounder, with no timeframe put on his potential return, but England have to turn their focus to the first of five Tests against India starting at Trent Bridge next week.

Leach is hopeful of being involved in a home Test for the first time since the Ashes after he was overlooked last summer against West Indies and Pakistan and then also missed out in the New Zealand series in June.

“It feels a long time ago, 2019, that I played in that Ashes series and I look back with real fond memories of big crowds and that kind of atmosphere,” the Somerset bowler added.

“I really felt like I thrived off that and enjoyed it. To have crowds back after what’s gone on and to hopefully get the chance to play some games in England, I feel I bowl well in England. I feel it’s a good place to bowl spin and I’ll be looking forward to it if the opportunity comes.”

The absence of Stokes may hamper Leach’s chances, with the off-spinner honest about his snub against the Black Caps – where England went with four seamers due to a lack of a recognised all-rounder in the XI.

But the Taunton left-armer did take a six-wicket haul on his last Trent Bridge outing in April, 2019 and let head coach Chris Silverwood know his feelings during their chats about selection in the New Zealand series.

Leach said: “I love playing at Trent Bridge. I don’t know what the wicket will be like and I definitely don’t know whether I’ll play but I’m obviously just excited to be in the squad.

“I think I said to Spoons (Silverwood) it was frustrating (against New Zealand) because I want to be playing as many games as possible at that level.

“I guess the thing I’ve struggled with over the past couple of years has been that momentum of playing games and feeling like you’re learning from those experiences.

“You can do as much as you want in the nets, but you want to put that into a game situation. That was the frustrating thing, but I understood it from a team point of view in terms of the balance of the team.”

A multitude of factors, including the coronavirus pandemic, meant Leach only played two first-class games during a 14-month period before he was one of the England’s positives from an up-and-down winter with 28 wickets during the matches with Sri Lanka and India.

This season he has played white-ball cricket to ensure he has the required number of overs under his belt with a long overdue Twenty20 debut made in June, but his overall lack of cricket during the past year-and-a-half makes any decision over the Ashes series on the horizon a little more straightforward.

Cricket Australia and the ECB are due to meet in the coming weeks to discuss arrangements for the five-Test series, with the Australian government currently limiting the number of overseas arrivals meaning the England red-ball squad could face months without seeing their families in the winter.

“Personally I haven’t thought about it an awful lot, my way of doing things is taking one little part at a time and (being) very focused on this India series,” the 30-year-old insisted.

“If I don’t play well, that might not be where I’m going in the winter, so it’s about taking care of what is in front of you.

“There’s been a little bit of chat but through my experiences in the past of missing cricket through illness or injury, for me at the moment I want to be doing everything I can to play for England and reach my potential and see what I can achieve at the highest level.

“It’s something I’d be very excited about, Australia in Australia, it’s the ultimate test and something you grow up looking at and thinking ‘wow, it’s amazing’. For me it will be an exciting thing but I’ll just think about what’s in front me, these Test matches against India.”