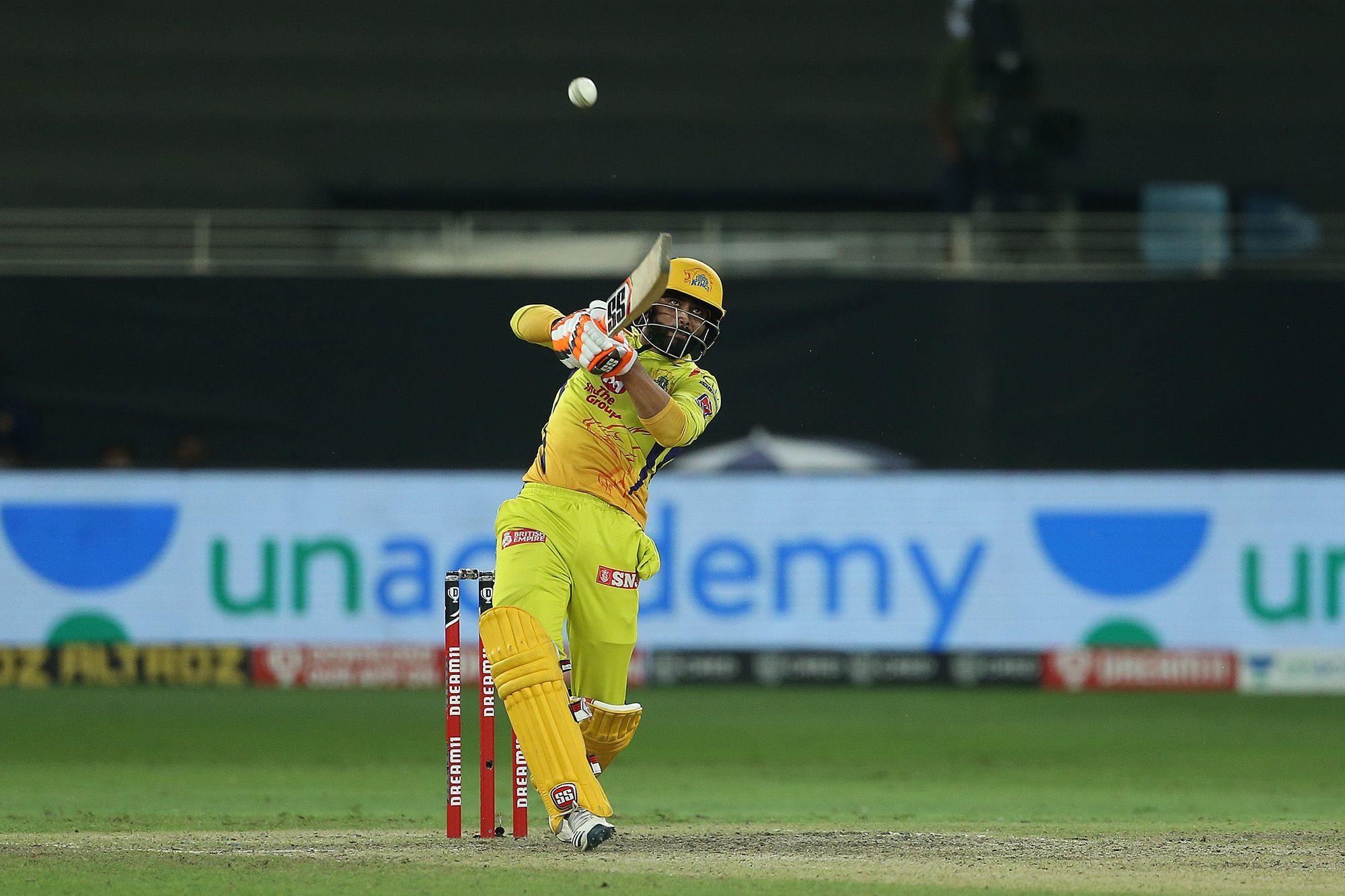 Jadeja hit the last two balls of the match for six to seal victory for his team who fell out of the running for the top four after a disastrous first half of their campaign.

The India allrounder blasted 31 runs off just 11 balls in a match-winning cameo and says that he doesn’t try to overcomplicate things at the death.

Speaking after the match, Jadeja said: “I was hitting it well in the nets and just wanted to do that again. The last 12 balls you don’t have to think too much, just see the ball and hit the ball. I was just looking to keep my shape and back my strength.

“I knew if they bowl in my arc, I could hit the six, it was simple. When you play good competitive cricket and win matches for your team, you always feel happy.”

Skipper MS Dhoni lauded the finishing of Jadeja while lamenting that he didn’t get the support he needed while CSK still had a chance of finishing in the top four.

“I think it was one game where the plans went in our favour. Needed a lot of effort from the players,” Dhoni said after CSK won the 49th match of IPL 13 by six wickets.

“Really glad the coin fell in our favour. This season Jadeja has been fantastic. He’s been the only batsman in our team who has taken the job of scoring in the last few overs. Not just using his power but through point if the field is up. I felt that throughout the season we needed someone by his side.”

CSK took the opportunity to change up their lineup granting a run to young Indian opener Ruturaj Gaikwad as well as Kiwi spinner Mitchell Santner.

Gaikwad, who tested positive for COVID-19 while CSK were in quarantine, scored 72 off 53 balls filling in for Faf du Plessis as the anchor.

“We want to give games to people who haven’t played and we need them to grab those opportunities,” Dhoni added.

“Ruturaj we’d seen him in the nets, but then he got COVID positive and took 20 days.

“Unfortunate but he’ll remember this season. He’s one of the most talented players going around. What makes it difficult is he’s not somebody who speaks a lot! So sometimes it becomes difficult for the management to gauge a player. Once he started going in the innings, you could see that he was hitting the ball the way he wants to and he was planning.”