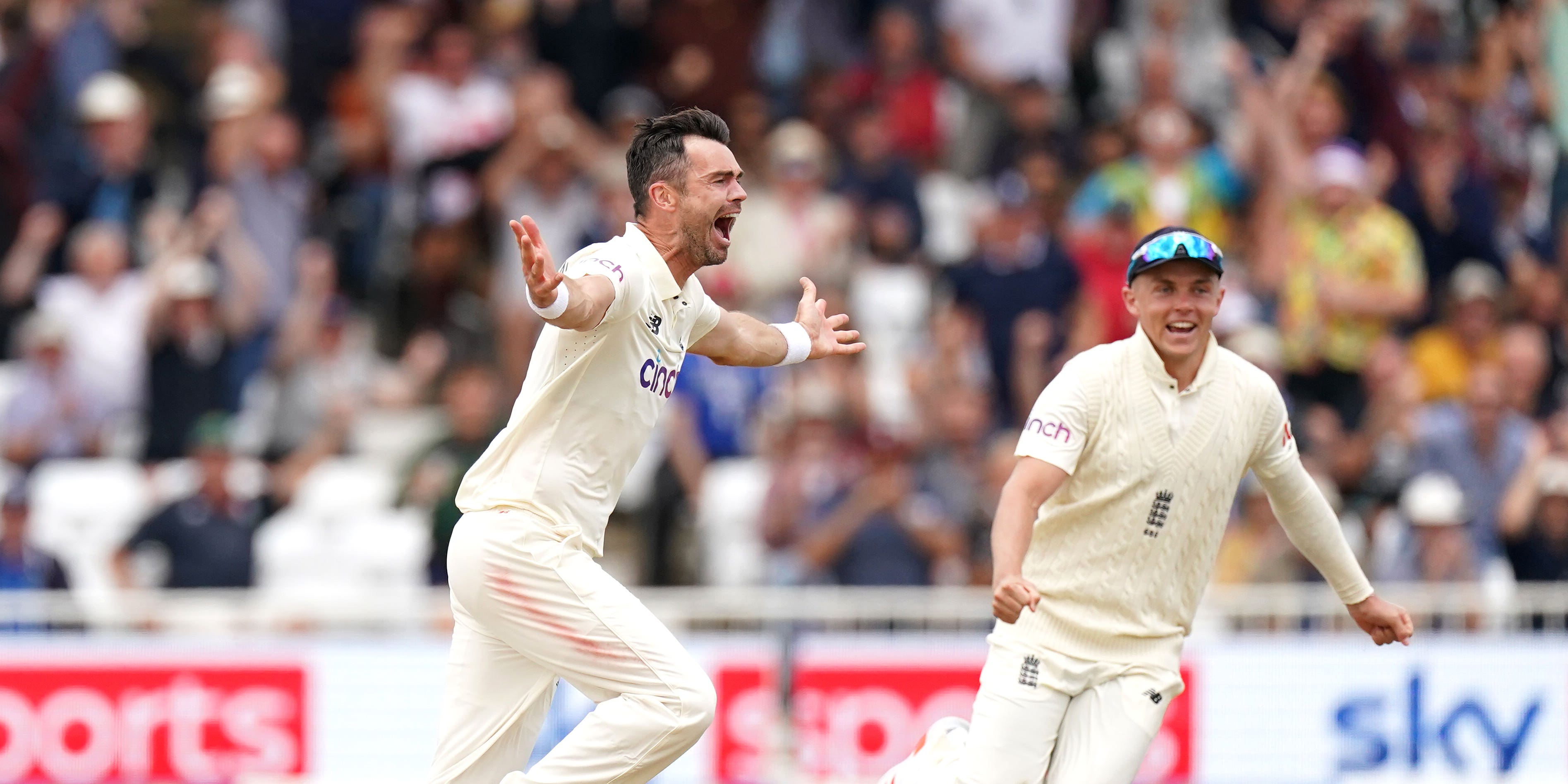 James Anderson was happy to treat the Trent Bridge faithful to a rare smile after his first-ball dismissal of Virat Kohli helped drag England back into the first LV= Insurance Test.

Anderson enjoys a carefully cultivated ‘Mr Grumpy’ persona on the field, harrumphing his way through most of his masterful spells in recent years, but let the mask slip after consigning India’s inspirational skipper to a golden duck on day two.

Having just removed Cheteshwar Pujara with a beauty, the 39-year-old landed the jackpot with his very next delivery – summoning a fiendishly difficulty tempter just outside off stump and collecting a healthy edge that whistled through to Jos Buttler’s gloves.

The pair have been squaring off home and away since 2012, but this was the first time in a dozen matches that Anderson had sent Kohli back to the pavilion.

It takes something out of the ordinary to get Anderson’s juices flowing after 18 years of Test cricket and 619 scalps and this one – taking him level on the all-time list with India’s own record holder Anil Kumble – did the trick nicely.

Anderson leapt in the air, charged through a barrage of back-slapping from his delighted team-mates and allowed himself to break out into a long, unbroken grin as he took in the moment.

“Yeah, I probably used some muscles that I don’t often use there didn’t I?” he confessed afterwards, poker-face firmly back in position.

“Getting their best player out is something that doesn’t happen that often and getting Kohli out that early is quite unusual. So it was just an outpouring of emotion especially with Virat being such an influential player for them.

“It’s always good to get a world class player out. You want to challenge yourself against the best and he certainly is one of the best. There was some emotion there in the celebration after getting him out, knowing how important that was for the team.”

Anderson’s double strike came during a spirited passage of play from England, who were on the ropes after Rohit Sharma and KL Rahul racked up an opening stand of 97 in reply to the hosts’ 183 all out.

Ollie Robinson got the ball rolling by bouncing out Rohit before lunch and Jonny Bairstow added an opportunistic run out of Ajinkya Rahane. India were spared further damage when Dom Sibley dropped top-scorer Rahul at slip, but more chances were in the air when bad light and rain intervened to leave India 125 for four.

“I thought it was a really good fightback, I thought we battled really well,” Anderson said.

“We knew if we got one wicket we could get a cluster and that’s what we did. I thought we stuck at our task really well as a group and to get a couple of quick ones like that was important.

“It was very frustrating with the way the day finished. Once the cloud comes over here it can be quite bowler friendly and very difficult for batting so we wanted to stay out there as long as possible.

“There’s not a lot we can do with bad light and rain but we’ll keep our fingers crossed if we get some play tomorrow that we can do the same sorts of things and create some pressure.”