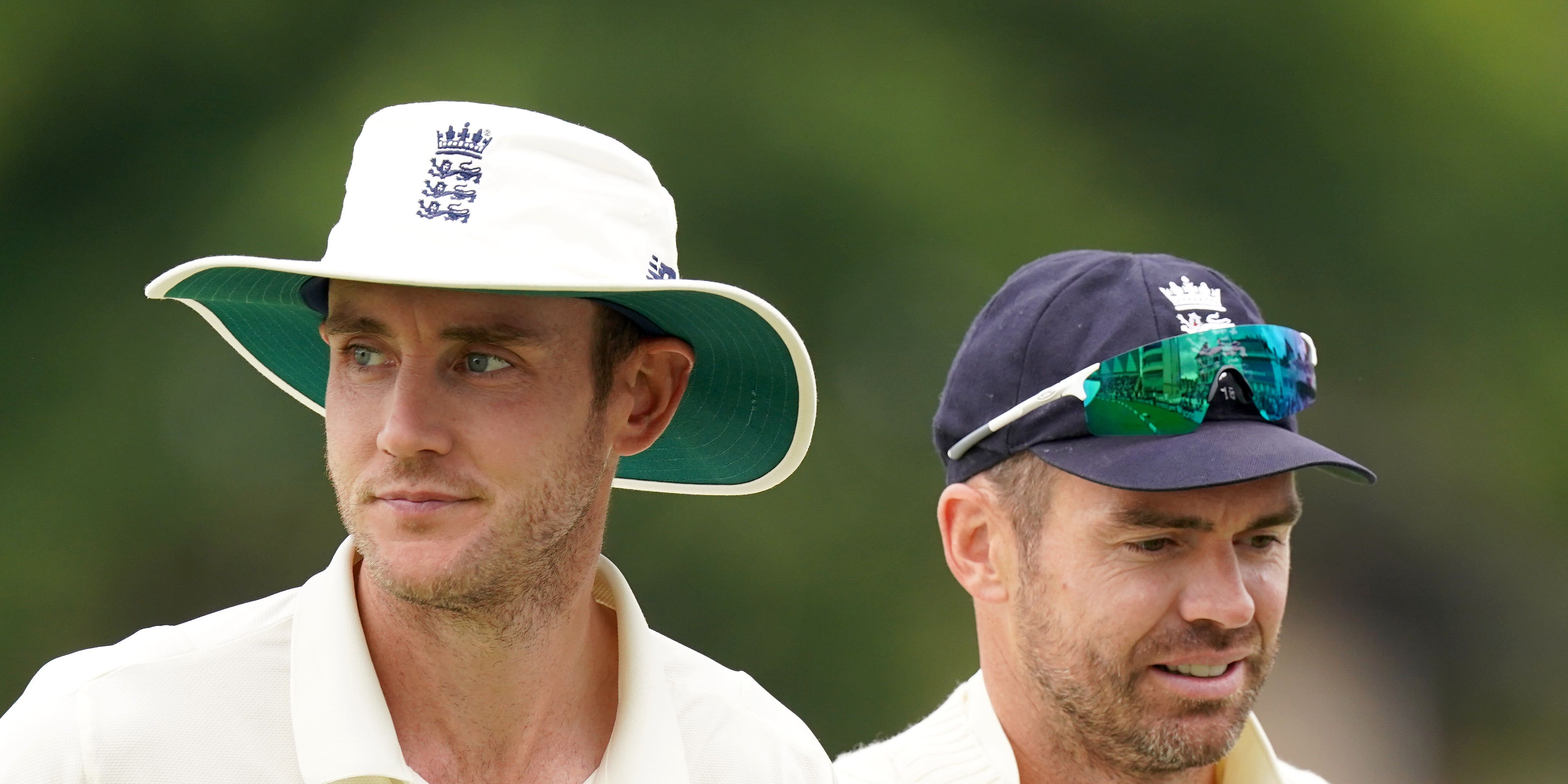 England are facing a double injury blow ahead of the second Test against India, with James Anderson joining Stuart Broad in sitting out practice on the eve of the match.

Broad reported a calf problem after pulling up during the warm-up on Tuesday and Anderson was unable to join Wednesday’s net session with a tight quad.

The pair sit at number one and two on England’s list of all-time wicket-takers, boasting 621 and 524 respectively, and bring with them a grand total of 312 Test caps.

England have not lined up without at least one of the two since October 2016, but that now looks a very real possibility.

Lancashire’s Saqib Mahmood has been added to the squad fresh from duty in The Hundred, where he has been playing for Oval Invincibles, and joins Ollie Robinson, Mark Wood and Craig Overton as the back-up pace options. Sam Curran is also on hand as an all-rounder but another experienced campaigner, Chris Woakes, remains injured.

The situation with Anderson and Broad is sure to invite further questions over the England and Wales Cricket Board’s schedule, which left both men short of match practice coming into the prestigious series.

With a dedicated block of white-ball cricket leading up to launch of The Hundred, the red-ball specialists were forced to find ad-hoc net sessions to keep their workloads up in the absence of competitive cricket.

Meanwhile, England are looking at the prospect of multiple changes to the XI which drew a rain-affected match at Trent Bridge last week. Batsman Haseeb Hameed was already under strong consideration for a comeback after five years out, with Zak Crawley the most vulnerable member of an under-pressure top three.

With spin bowling all-rounder Moeen Ali also called up between Tests and Surrey batsman Ollie Pope fit again after missing out in Nottingham there could be a minimum of four alterations.

The uncapped Mahmood, 24, may be behind Wood and Overton in the pecking order but his call is further sign of his rising status. He was the star performer in the recent one-day series against Pakistan, when a coronavirus outbreak forced a full replacement squad to replace those who had been sent into isolation.

He topped the wicket charts with nine in three games and also had the best average and strike-rate.