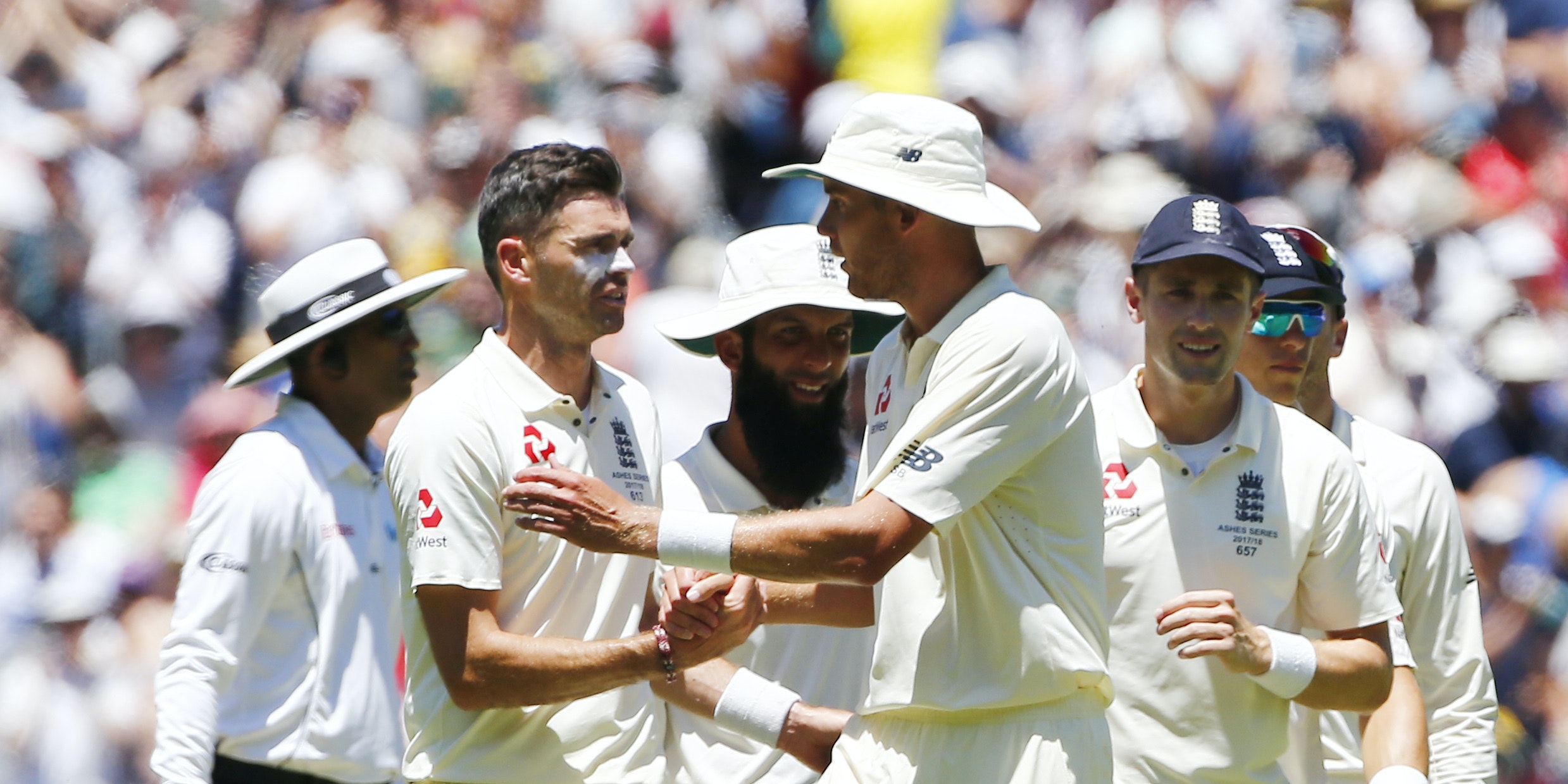 James Anderson and Stuart Broad both have their eyes on one more Ashes series in Australia before contemplating retirement.

The duo have shared the new ball for England for over a decade and sit first and second in the country’s list of all-time Test wicket takers.

Anderson will turn 38 in July and has had injury problems to cope with over the last 12 months, while Broad is four years younger but does not feel his career will last as long as his fellow swing bowler.

But both are eager to keep their place in the England squad long enough to try and win the Ashes back in Australia next winter.

When asked by Anderson for his retirement plans during an Instagram Live Q&A, Broad said: “I don’t think I could go until your age. Your action’s so smooth, it looks a lot calmer on your body whereas mine is a little more forceful through my body I think.

“I’d never want to get to that place where I’m bowling against a 19-year-old and they’re going, ‘I thought someone said he used to be a good bowler’. I’d hate that. I’d prefer to go that little bit earlier than that little bit later.

“But I’m loving the environment at the minute. I love playing for England.

“Chris Silverwood coming in as coach is great for me because I really liked him as a bowling coach and he helped change my action.

“I still have huge motivation to keep playing and you just assess that year by year. And we’ve got that carrot dangling over us of Australia in Australia which looks like an achievable carrot to grab.”

Anderson agreed with Broad’s Australia remark, before adding: “The big thing is standards. If your standards feel like they’re dropping then yeah you might consider finishing.

“But as long as my standards stay high, my fitness levels stay good and my skills stay where I want them to be and my speed stays pretty good which they have been (I’ll keep playing).

“We’ve got an exciting team and a few young guys who are just starting out on their journey, we’ve got some more established guys and we’ve got two guys who have been around a long time.

“I think it’s nice to be a part of that team where you feel you can actually achieve something and go on and have success. As long as you’ve got that drive, then why not carry on?”