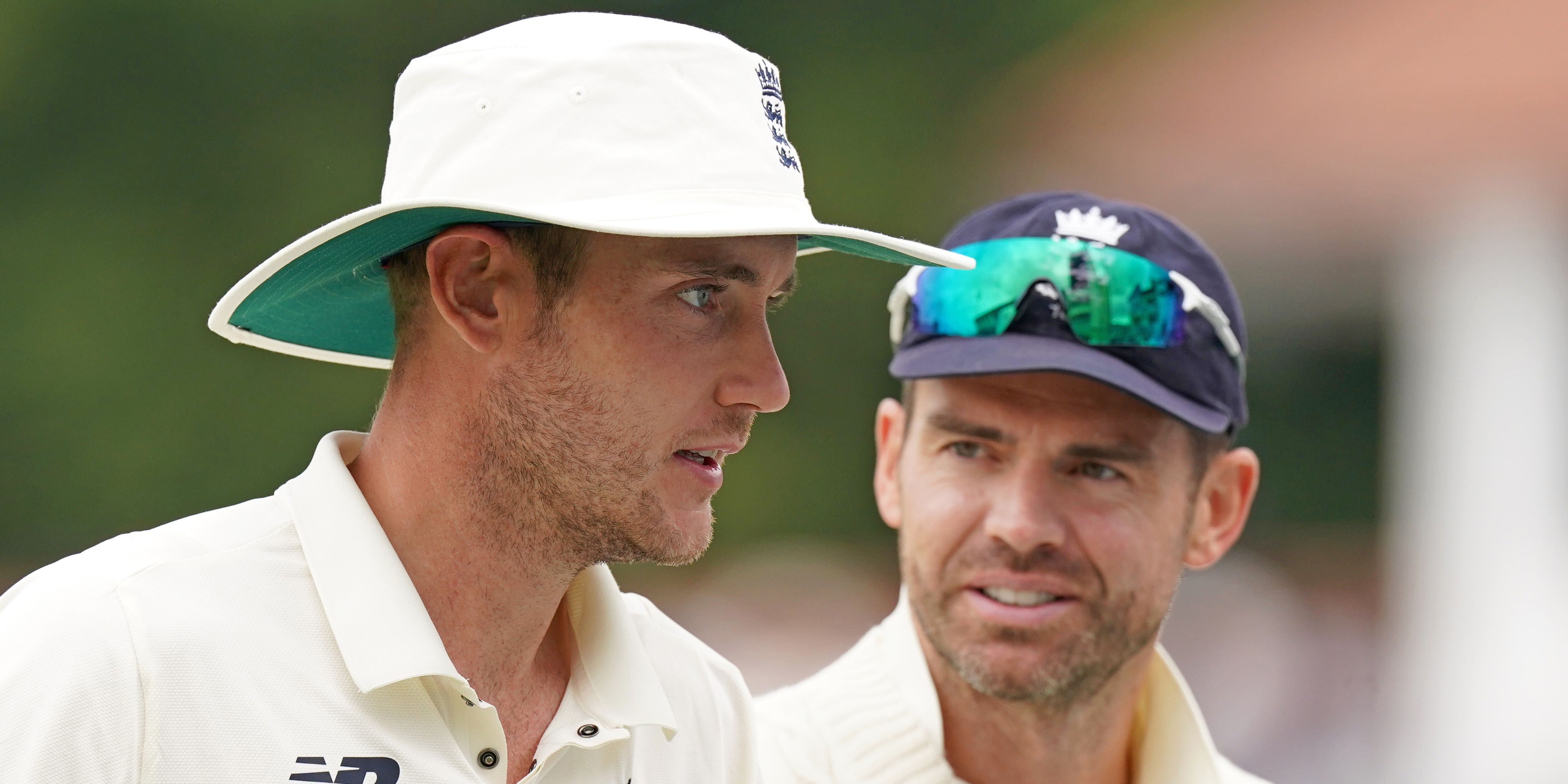 England are preparing to line up in a home Test without James Anderson or Stuart Broad for the first time in over nine years, after a damaging double injury blow at Lord’s.

Broad has no chance of playing the second match of the LV= Insurance Series against India after pulling up with a calf injury in Tuesday’s warm-up session and has been sent for scans to determine how long he will be out for.

That setback was compounded when 39-year-old Anderson complained of a tight quad on the eve of the match and it is highly unlikely that any risks will be taken with his longer-term fitness.

All of which means Joe Root is likely to be without the two most prolific wicket-takers in England’s Test history, who boast 312 caps between them as well as 621 and 524 scalps respectively. Ollie Robinson will move up the pecking order to take new-ball duties, with Mark Wood recalled and Craig Overton vying with the late call-up Saqib Mahmood for the remaining spot.

With Moeen Ali also set to return as a spin-bowling all-rounder, Ollie Pope fit again after thigh trouble and Haseeb Hameed in contention for a top-order recall, head coach Chris Silverwood is pondering a raft of changes from the side that drew a rain-affected first Test at Trent Bridge last week.

But while any changes to the top seven would be made voluntarily and with a view to strengthening, there is no doubt that both champion seamers going down at the same time would be a serious setback.

The last time both Anderson and Broad were missing from an England XI was in Bangladesh in October 2016, but for a home Test the search goes all the way back to June 2012.

Root was still six months away from his England debut at that stage and the only member of the current squad who lined up in that match was Jonny Bairstow, then a youngster and now a senior man in home dressing room.

“It would be a big loss, naturally, because they’ve got over a thousand Test wickets between them,” said Bairstow, who nevertheless attempted to downplay the setbacks to the camp.

“It’s potentially a loss but with that comes an opportunity for other people. When we’ve seen that previously in the summer, in the Pakistan series, there were opportunities that arose for other people coming in and they rose to those challenges.”

Bairstow was referring to the one-day series when a brand new squad was convened at short notice, replacing a first-choice group that was sent into isolation after a Covid-19 outbreak. The breakout star of those three matches was Mahmood, who topped the wicket charts, bowling averages and economy rates and looked every inch an international paceman.

He has travelled with the Test squad before but remains uncapped and, like Moeen, comes straight from The Hundred with no red-ball practice of note under his belt in recent weeks.

The glut of white-ball cricket that has dominated the domestic schedule in recent weeks is sure to come under even fiercer scrutiny given both Anderson and Broad, avowed red-ball specialists, were short on workload coming into the Test series and had to arrange ad-hoc net sessions in an attempt to keep themselves in shape.

Bairstow, for one, feels his stint with Welsh Fire has been a positive and is hoping to kick on after getting two good starts before getting out for 29 and 30 in Nottingham.

“If you’re coming in the side with confidence and on the back of scoring runs, no matter what the format, you are able to harness that,” he said.

“It was obviously slightly different to the week before, playing in The Hundred, and to spend a decent amount of time at the crease was pleasing.

“I didn’t go on to get a big score but if I keep doing what I was doing in those two innings, keep with that method and mindset, then hopefully there is going to be a fairly big one to come fairly soon.”

:: Both England and India have been fined 40 per cent of their match fees and penalised two ICC World Test Championship points each for slow over-rates in the first Test at Trent Bridge.