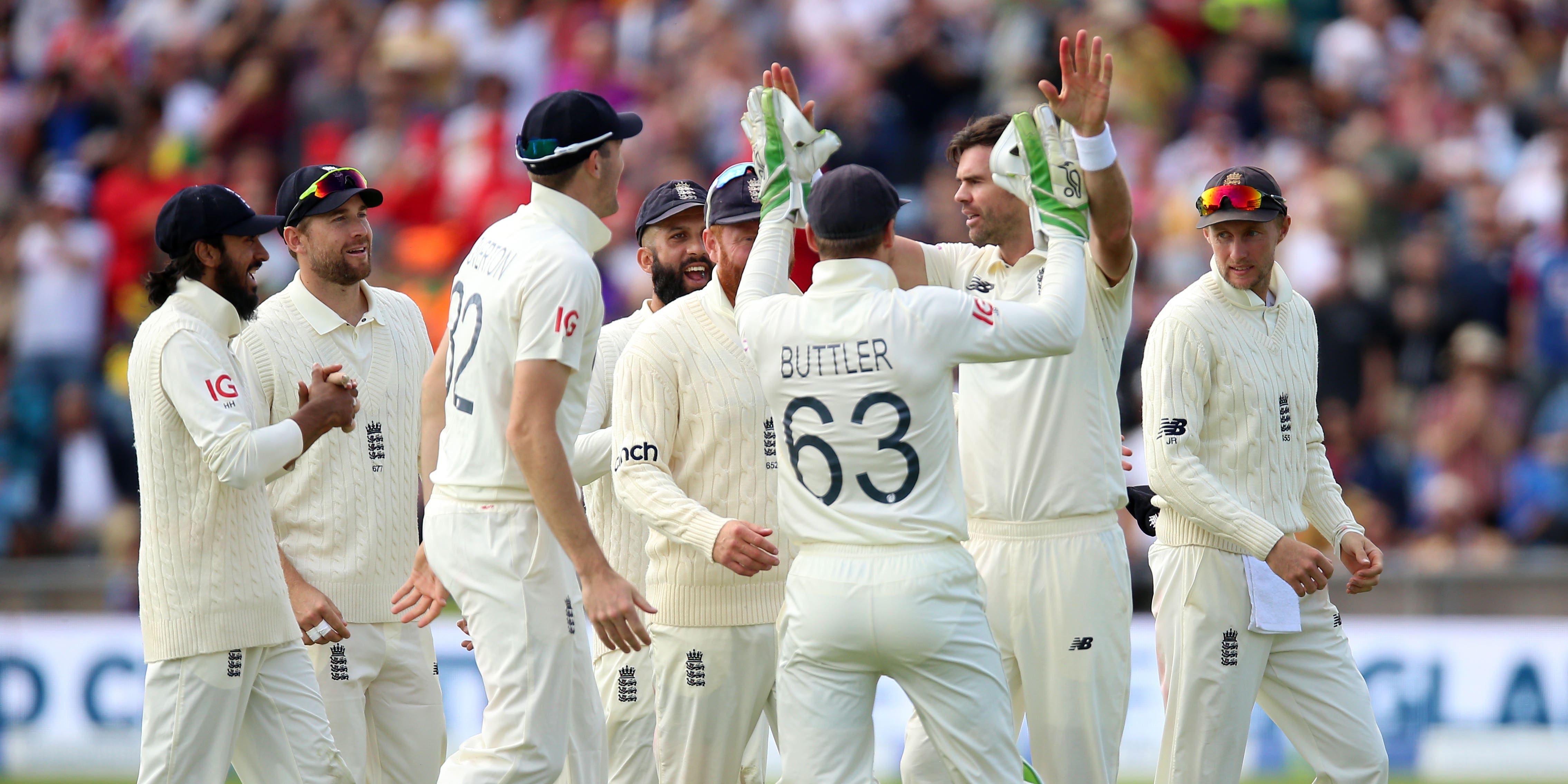 James Anderson turned in a majestic spell with the new ball on the first morning at Headingley, picking up three big wickets to hand England the initiative in the third LV= Insurance Test against India.

An exasperating day-five defeat at Lord’s had caused a bout of introspection among the England squad but their record wicket-taker was on hand to blow away those cobwebs in grand fashion as the tourists slumped to 56 for four.

Anderson had them 21 for three at one point, with his pinpoint arsenal of inswingers, outswingers and wobble seamers proving too good for KL Rahul, Cheteshwar Pujara and, most satisfyingly, Virat Kohli.

Long-time rivals Kohli and Anderson had exchanged several bitter words during a spiky encounter at the home of cricket but the paceman let his actions speak loudest here, celebrating with an explosion of passion after getting the best of the latest mini-battle.

His eight-over burst cost just six runs, with five maidens to go with his triple strike.

Ollie Robinson then removed Ajinkya Rahane with the last ball of the morning session, nicked through to Jos Buttler who took all four catches, leaving Rohit Sharma to carry the burden on 15 not out.

The only blemish to an otherwise ideal morning for England came when captain Joe Root took a painful blow to the thumb while at slip and was forced to leave the field.

India won the toss and opted to bat first, a riskier proposition at this ground than most others.

Anderson certainly knows how things are done in this part of the world – with 42 wickets at 25.33 in his previous 11 appearances – and he wasted no time getting involved.

After sending his first four balls down back of a good length, he hurled one up fuller outside off stump and drew the in-form Rahul into a loose drive on nought. The ball nestled neatly in Buttler’s gloves and England were up and running.

Pujara was next to go for just one, absorbing a series of inswingers before nicking the one that went away. It was a classic bait and switch routine that brought Kohli to the crease with a foreboding score of four for two.

He survived for half an hour but never looked comfortable, with Robinson offering solid support to Anderson.

He got to seven but was unable to get a handle on the 39-year-old, who eventually unpicked him with another full ball in the channel that straightened off the seam and rendered the ensuing drive a costly mistake.

A resolute stand between Rohit and Rahane restored some calm, but Robinson’s timely intervention left England buoyant at the break.