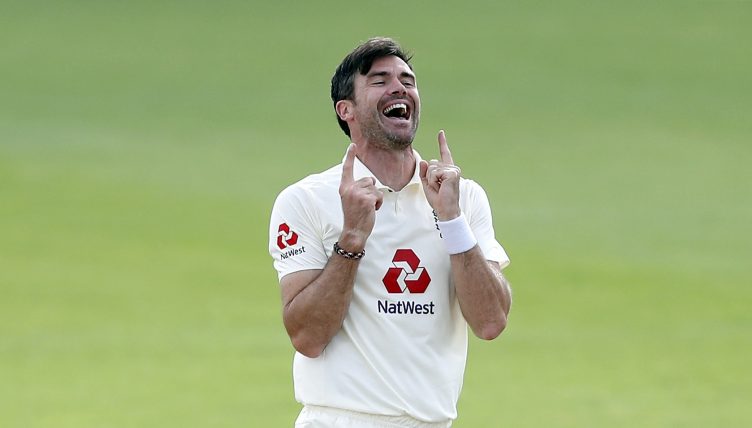 James Anderson gave the strongest hint yet that he is actively planning for one last crack at the Ashes next winter, promising that his historic 600th Test wicket is a stepping stone rather than the end of the road.

Anderson’s big moment was delayed by dropped catches and rain in England’s final Test of the summer but he eventually brought up his latest memorable milestone at 4.36pm on day five of their draw against Pakistan.

A glimmer of swing, a touch of extra bounce and a sound catch from Joe Root was enough to add Azhar Ali’s name to a long list.

It has taken him 17 years and 156 matches to join the great spin trio of Muttiah Muralitharan, Shane Warne and Anil Kumble in the 600 club and, at the age of 38, it would only be natural if he had started to entertain thoughts of putting his feet up and passing on to the next generation.

But Anderson has reached the top of the tree through a combination of enormous skill and incredible hunger and for now, at least, neither have deserted him.

England are already working towards reclaiming the urn Down Under in 2021-22 and, though he will be nudging towards 40 years old by then, Anderson has started discussing his possible role in the series.

“To be honest I’ve chatted to Rooty about this a little bit and he has said he would like me to be in Australia,” said the record-breaking seamer.

“As long as I still feel like that I think I’ll keep going. There will be decisions along the way with the selectors, the coach and the captain around how the team moves forward but as long as they want me around I’ll keep working hard and try to prove I’m good enough to play in this team.

“There are still series ahead of us and Test matches to win and that’s all I’m really interested in. I still love turning up every day at training, putting in the hard yards and being in the dressing room with the lads trying to forge a win for England.

“That’s all I’ve really ever bothered about and what I’ll keep trying to do. I don’t think I’ve won my last Test matches as an England cricketer yet.”

Although Anderson has no intention of wrapping things up, uncertainty over the coronavirus pandemic means there are no more fixtures currently in the diary for England’s red-ball specialists.

That made Root’s catch at first slip all the more important, sparing him a long and anxious wait that would have lasted until at least the new year.

“It felt amazing to get 600 wickets, but even if I didn’t get it here there are worse numbers to be stuck on for a few months than 599, so I’d have been happy either way,” he said.

“But it means a huge amount to see Joe taking the catch, I have played loads of Test cricket with Joe and also with Stuart Broad. I was fortunate enough to be out on the field for his 500th wicket (last month) and it has meant a lot to both of us. To share these moments means a lot to everyone.”

The appreciation was mutual from his skipper, with Root fulsome in his praise.

“There’s no one that can touch him really, he’s that far ahead of everyone else in my opinion,” he said.

“It’s incredible what he’s done so far in the game and he’s much more than just the wickets that you see on the field. He’s a brilliant senior player, adds a lot to the dressing room and with the young bowlers as well – you couldn’t ask for a better role model and someone to learn off. He’s a credit to our country.”