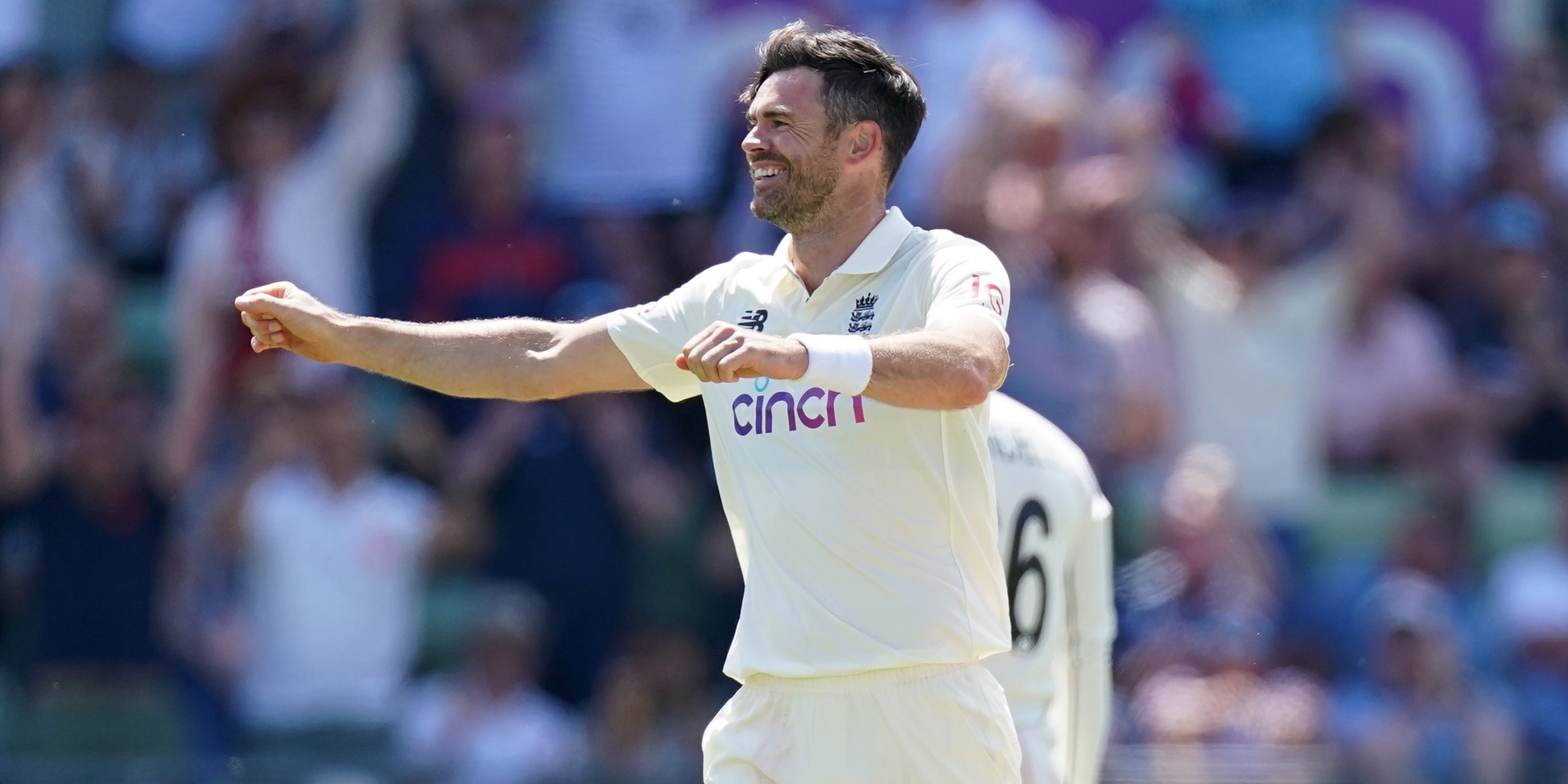 James Anderson’s four for 54 against India took him third in the all-time list of Test wicket-takers with 621.

Anderson, already the leading seam bowler on the list, moved past India spinner Anil Kumble to leave only Muttiah Muralitharan and Shane Warne ahead of him.

Here, the PA news agency looks at his career record and how he compares.

Anderson and his long-time new-ball partner Stuart Broad are two of only seven bowlers ever to take 500 or more Test wickets, a list headed by Sri Lanka star Muralitharan’s remarkable 800.

Warne is next up with 708 for Australia, likely to be out of reach for Anderson even given his longevity and continued brilliance, with Anderson following on 621 and Kumble 619.

The other seamers on the list are Warne’s long-time team-mate Glenn McGrath on 563, Broad with 523 and West Indian Courtney Walsh with 519.

McGrath has the best average of the septet with 21.64, edging out Muralitharan’s 22.72, while Anderson’s 26.59 ranks ahead of Broad and Kumble but behind Walsh and Warne.

Anderson has 30 five-wicket hauls, the best of the seamers in that group but behind all three spinners, with Muralitharan once more away in the distance with a scarcely believable 67 – Warne ranks second among all Test bowlers with 37.

Anderson’s efforts against India continued his superb record at Trent Bridge, where he now has 68 wickets at 19.26.

That is his second-highest tally on any Test ground after his 105 at Lord’s, one of only three bowlers along with Sri Lanka spinners Muralitharan and Rangana Herath to reach three figures at a single venue.

That continues a pattern of Anderson improving with age – since the start of 2014, when he was already 31 with the wear and tear of 91 Tests in his legs, he has played another 72 games and taken 281 wickets at 21.72.

Only 39 bowlers including Anderson have that many wickets in their full Test career and of those, only four have an average lower than his in that phase – West Indies greats Malcolm Marshall at 20.94 and Curtly Ambrose at 20.99, Fred Trueman with 21.57, and McGrath.

Only six players have more Test caps than Anderson and, should he play in the next match, he will move level with former West Indies and India batting greats Shivnarine Chanderpaul and Rahul Dravid in fifth place on 164.

Jacques Kallis played 166 for South Africa and former Australia captains Steve Waugh and Ricky Ponting share second place on 168, surely within range for Anderson, though Sachin Tendulkar’s 200 for India will be out of reach.