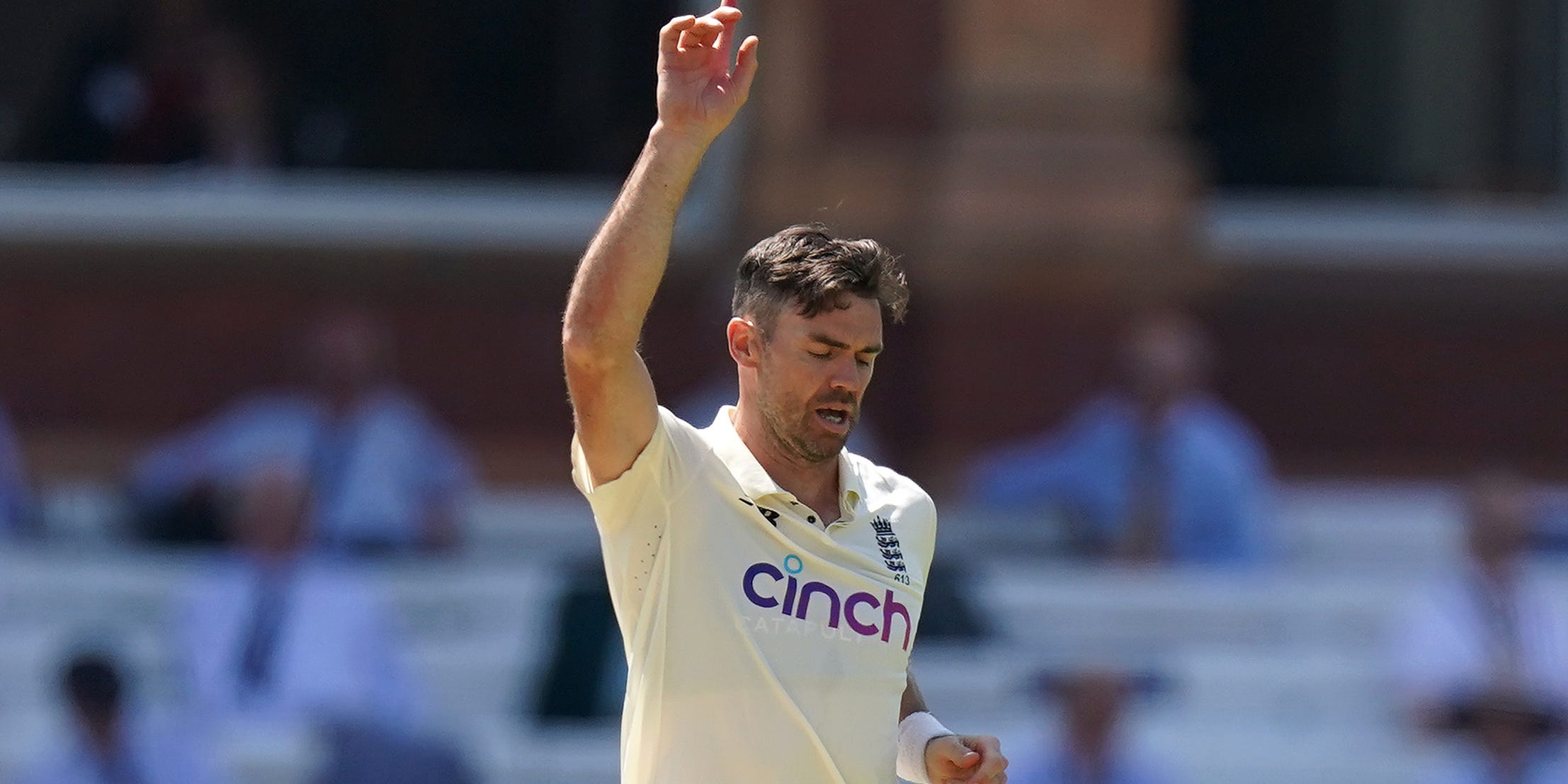 James Anderson became England’s new record cap-holder as he lined up for the second Test against New Zealand, overtaking Sir Alastair Cook with his 162nd appearance.

The 38-year-old seamer was celebrated in the pre-match huddle at Edgbaston, with long-time partner Stuart Broad delivering a speech to mark his 18 years at the highest level.

Already the most prolific wicket-taker in English Test history with 616, Anderson is now the nation’s most enduring player too.

With Ollie Robinson suspended pending an investigation into historic racist and sexist Twitter posts, Olly Stone was recalled on his home ground in an all-pace attack that also included Mark Wood.

England captain Joe Root will be hoping his quick men have a restful first day after winning the toss and opting to bat first.

New Zealand’s side showed six changes as they kept one eye firmly on next week’s World Test Championship final.

Neil Wagner was the only member of the bowling attack to keep his place from the draw at Lord’s, Tom Blundell came in as wicketkeeper after BJ Watling reported back trouble and Tom Latham led the side in Kane Williamson’s absence.