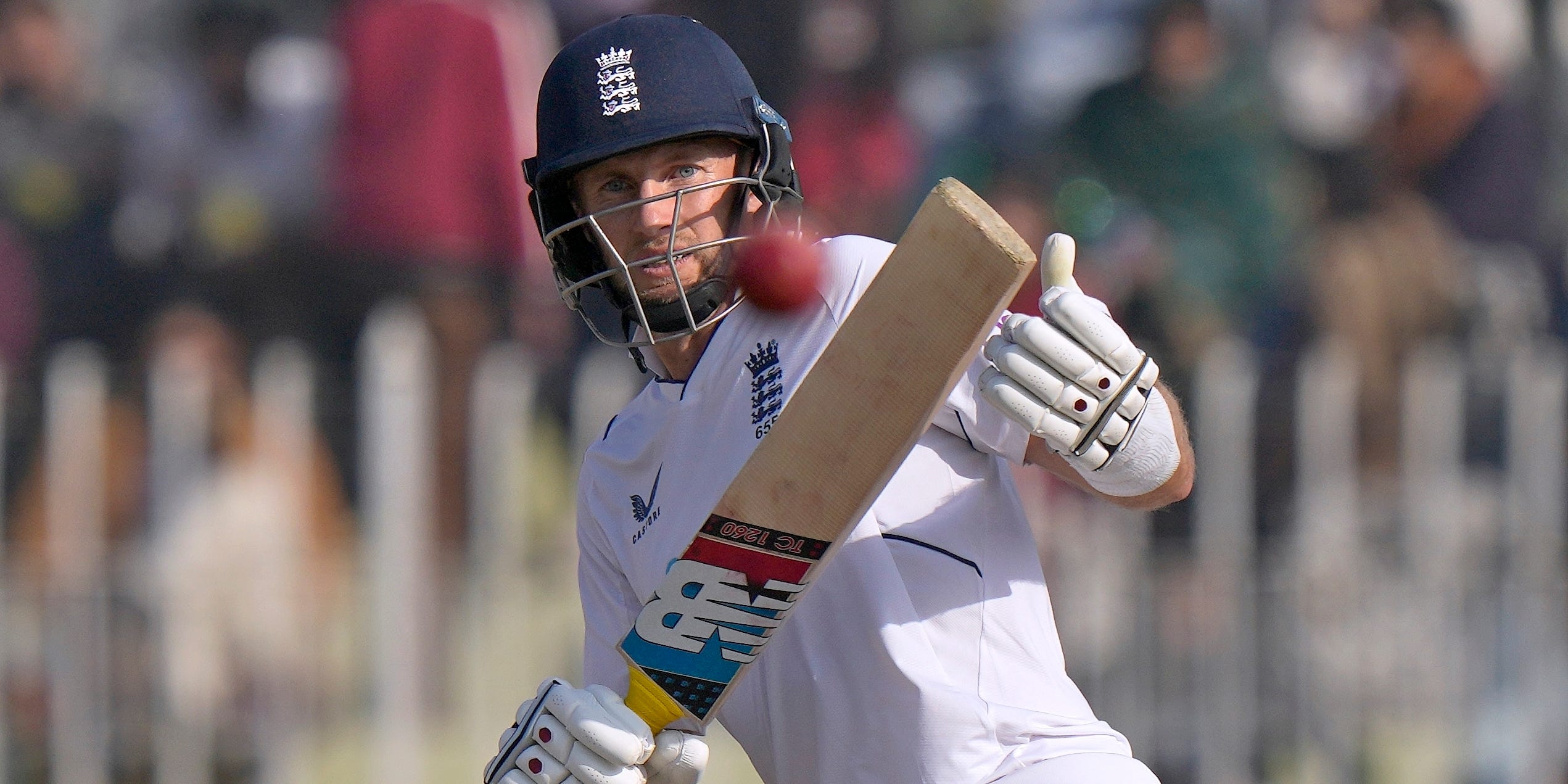 James Anderson revealed team-mate Joe Root was “puking up throughout the game” as England secured a remarkable 74-run victory in the final session of day five of the first Test in Rawalpindi.

Approximately 13 to 14 members of the travelling group were affected by a viral infection, with around half that number members of the playing squad on the eve of the game, and questions were raised over postponing the start of the match by a day.

On the morning of the game, England handed a surprise debut cap to Will Jacks, with Ben Foakes unable to take the field due to illness.

Root had been one of the few to train the day before the start of the match, but Anderson explained he had been sick throughout the game, and said the week had been challenging.

“I can’t really put it into words because it’s hard. It was an awful start to the week,” the 40-year-old said.

“But then the way the lads have just stood up and just cracked on really, there’s been no whinging.

“Rooty has been off the field every half an hour puking up throughout the game, which was an amazing effort from him to bat the way he did.”

The Yorkshireman even briefly switched to batting left-handed for two balls during his innings in an attempt to disrupt the bowler, showing no obvious signs of discomfort.

Anderson continued: “Then, to be out on the field. An incredible effort from everyone. And I still can’t quite believe we’ve got a result on this pitch. It’s just incredible.”

Anderson has played almost two decades’ worth of Test cricket, but believes England’s victory in Rawalpindi is among the best he has experienced.

England had to toil to claim a result, manufacturing the game with a risky declaration on the fourth evening, inviting Pakistan to push for victory while giving themselves enough time to bowl out the hosts.

The stubbornly flat pitch and rapidly failing light on the final day added further pressure on England as they pushed for victory, and Anderson praised the effort of the entire team.

“The lads are saying that is the best away victory but I can’t remember many better than that at home either to be honest,” he said.

“To force the result on that wicket just took an absolutely mammoth effort from everyone, the way we batted in the first innings, 650-odd runs in 100-odd overs was outstanding. And everyone contributed to that, which is great.

“We knew we were going to declare and have a bowl of them that night (on the fourth day). We didn’t necessarily think it would be at tea. But the way we batted allowed us to declare at tea and dangle them a carrot, which on this wicket, I think we needed to do.

“Because, as we saw at the back end of the day when they’ve just dead-batted it, it was very hard to get anything out of it.

“We knew it was going to be a nervy one. But the way we stuck at our task was just brilliant.”