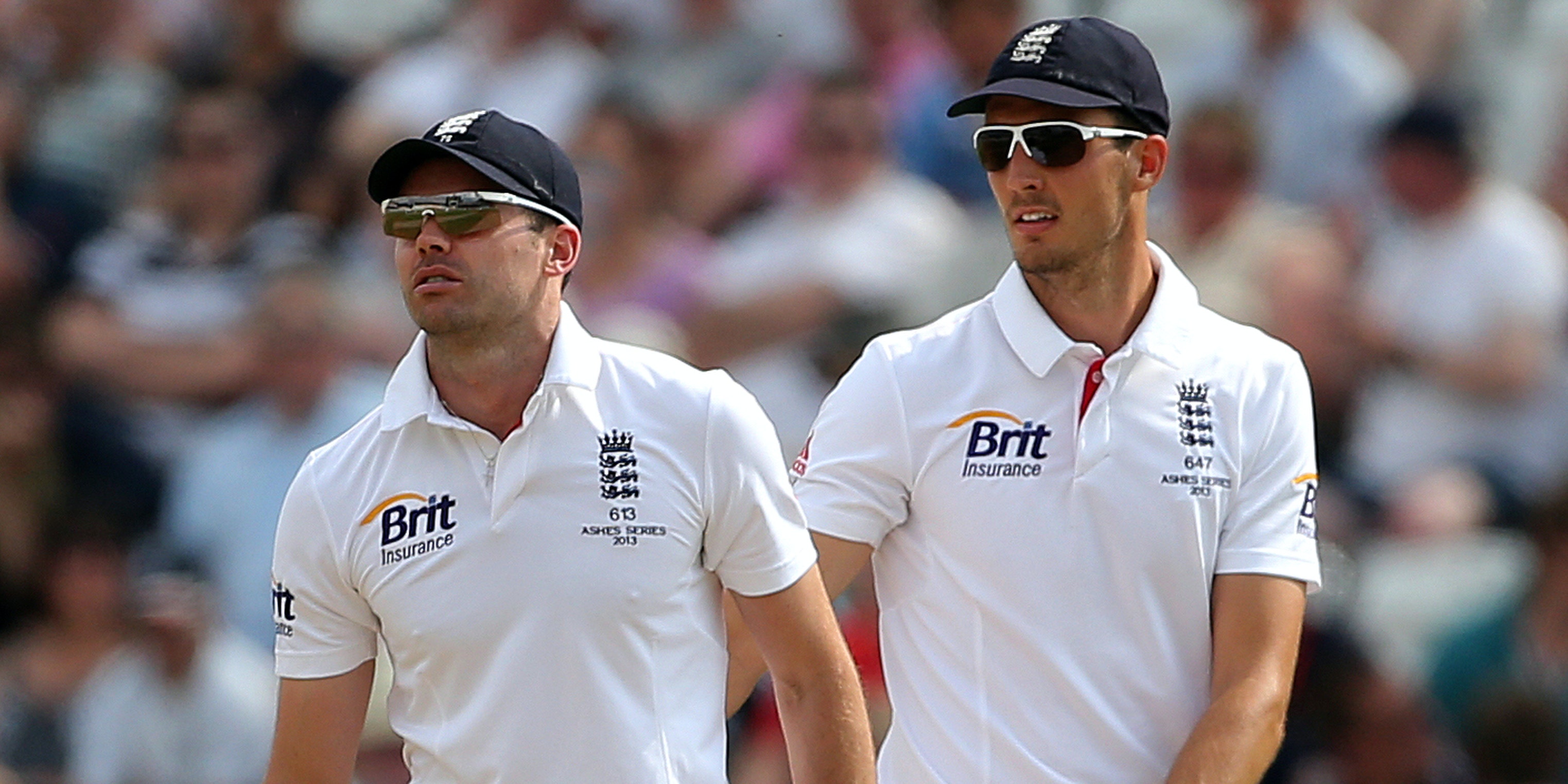 Steven Finn has lauded James Anderson and described his former team-mate as “on a different planet” after the England bowler secured his 600th wicket in Test cricket.

The 38-year-old reached the landmark at the Ageas Bowl during the third Test against Pakistan when he had Azhar Ali caught at first slip by England captain Joe Root.

It was the latest chapter in a remarkable career for Anderson, who made his red-ball debut for England in May 2003 against Zimbabwe.

He has ticked off milestone after milestone since and is closing in on Anil Kumble’s tally of 619 dismissals, which puts the Indian spinner third on the all-time list of Test wicket-takers behind Muttiah Muralitharan (800) and Shane Warne (708).

Finn told the PA news agency: “You stand at mid-off or anywhere on the field and watch him bowl and the skill and preciseness of what he is able to deliver I think is second to no one.

“Watching him operate and even in the nets talking to him about what he is trying to do and how he goes about it, he is on a different planet to anyone else I have played with.

“Obviously Stuart (Broad) has been incredible and his skill levels are something else as well, but the ability Jimmy has to swing a ball both ways from the same action, to develop balls like the wobble seam and to never really bowl a bad ball.

“If he bowls a bad ball, you are very surprised and that is testament to his skill and the same to Stuart.”

Finn was part of an England attack alongside Broad and Anderson on a number of occasions between 2010 and 2016.

But while the pair have been able to maintain fitness and form at the highest level, the Middlesex seamer has struggled with injuries and required two operations on his knee.

The 31-year-old last played Test cricket in October 2016 and his problems add to the respect he has for Anderson and Broad.

“Both of those guys are incredible athletes and the skill and perseverance they have shown to make their careers last that long, at that intensity and at that level, I have nothing but admiration for them,” Finn added.

“I was in that cycle on the majority of the tours and even if I wasn’t playing, I was in and around the squad for six or seven years and it takes its toll on your body.

“I’ve ended up having two knee surgeries and a few niggly injuries since which hang around so for them to have played as long and been as good as they have for that long is an incredible achievement.”

Anderson only claimed five scalps in two games against the West Indies earlier this summer – after he was rested for the second Test – and then laboured to match figures of one for 97 during the Pakistan series opener.

The Lancashire swing bowler expressed his displeasure at critics following “one bad game” but has responded with aplomb to reach 600 Test wickets.

It is a landmark team-mate Broad may have his eyes on after the seamer hit the 500 figure against West Indies last month.

Finn added: “I think there is no reason why Stuart can’t. He has shown this summer that age doesn’t really matter.

“If you are fit, in good rhythm and bowling well, you will be able to take wickets everywhere and still be the leading bowlers.

“I think England have been blessed and lucky to have two guys play for as long as those two have and they would be foolish to send them off into the sunset prematurely.

“You don’t realise what you are missing until it is gone, so as long as those two guys are fit, healthy and their performance levels are high, I see no reason why they can’t keep going.”