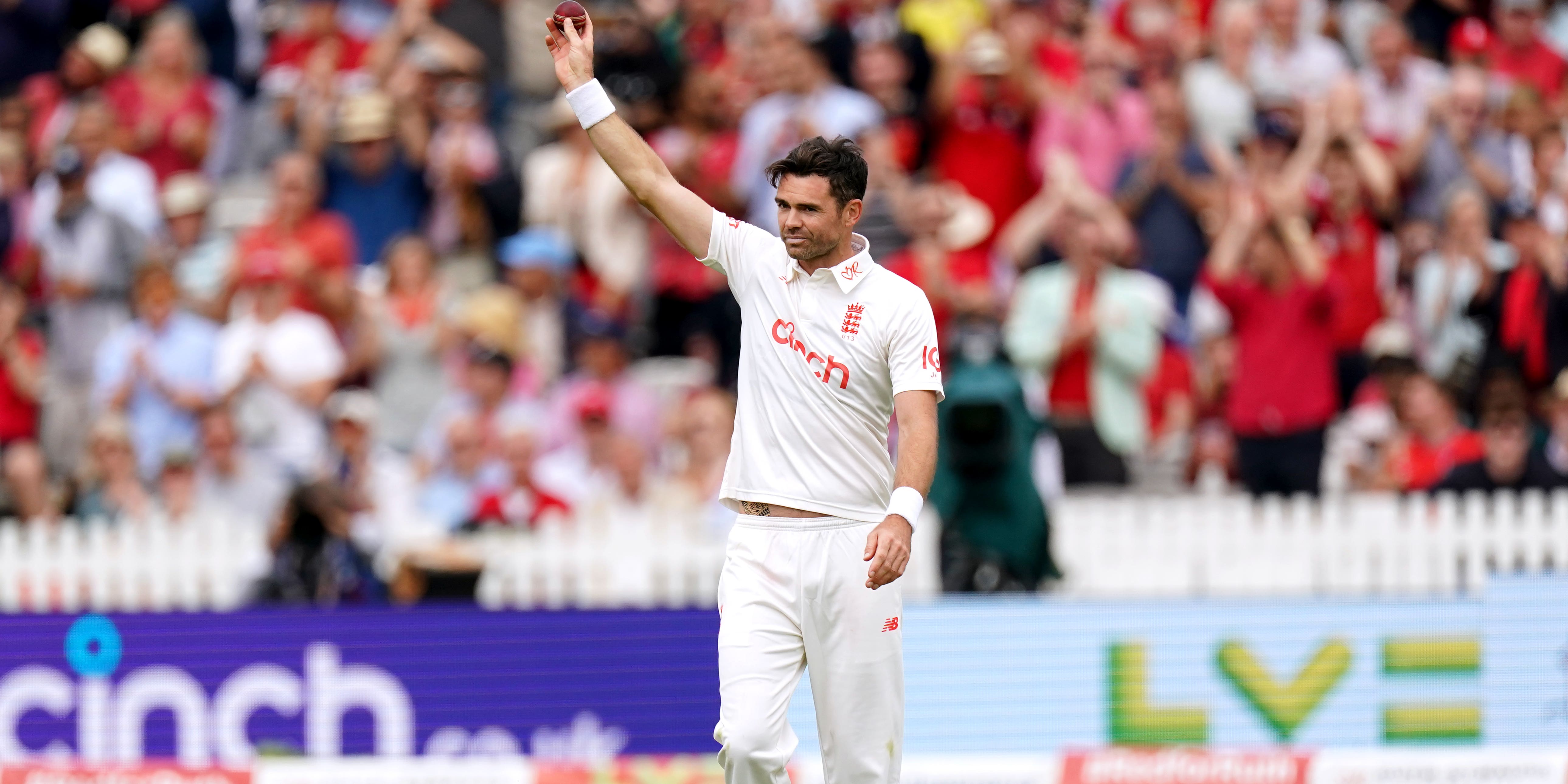 England bounced back with the ball on day two of the second LV= Insurance Test, dismissing India for 364 as yet another five-wicket haul from James Anderson dragged them back into the game at Lord’s.

Joe Root’s side watched the tourists rack up 276 for three in 90 overs of toil on day one but rallied on Friday as they picked up the remaining seven for 88.

Anderson, who had been a major injury doubt on the eve of the match, took three of them to finish with a superb five for 64 and wrap up his 31st five-for in Test cricket and his seventh at the famous old ground.

Lord’s and its patrons were decked out in red in honour of the Ruth Strauss Foundation with former England captain Sir Andrew Strauss ringing the bell alongside families who have been supported by the charity. Five minutes later play was under way, with centurion KL Rahul starting on 127 not out.

After seeing off the home attack for three full sessions on Thursday he lasted just two balls on Friday, clipping Ollie Robinson’s loosener for two then pinging his next delivery straight to short cover. It was a firm, low catch for Dom Sibley, but the kind of opportunity that England spent hours searching in vain for.

Anderson made it two in two overs, when he tested Ajinkya Rahane outside off stump and got the outside edge he was seeking. Root made no mistake at first slip and England were suddenly buoyant.

Their electric start was temporarily defused by a 49-run partnership between Ravindra Jadeja and Rishabh Pant, with the latter helping himself to the lion’s share.

Just as he had at Trent Bridge, Pant gave Anderson the charge early in his innings and slashed to the third-man boundary despite losing balance in the stroke. Risk is an inherent part of his method and he continued attacking, pulling Robinson for consecutive fours when he attempted some short stuff.

His audacity continued when he skipped down the track at Wood and smeared an 88mph delivery over extra-cover. The Durham quick ended Pant’s fun, taking a thin edge as he cranked up past 90mph and caught the batsman in a flat-footed stroke.

Jadeja (40) did his best to protect the lower order but could not save them from Anderson’s skill after lunch. Ishant Sharma was lbw to an inswinger that trapped him deep in the crease and Jasprit Bumrah was undone by a gorgeous delivery which shaped in and nipped away.

That was Anderson’s fifth, the latest proud instalment in the 39-year-old’s tireless campaign in England whites. A tired hack from Jadeja off the first ball of Wood’s next over denied Anderson the chance to take a sixth wicket but he still found a way to be involved, running in from mid-on to take the catch.

India had frittered away a chance to make a truly imposing score in the face of some much improved bowling, but still had enough on the board to make England’s vulnerable batting order unsure.