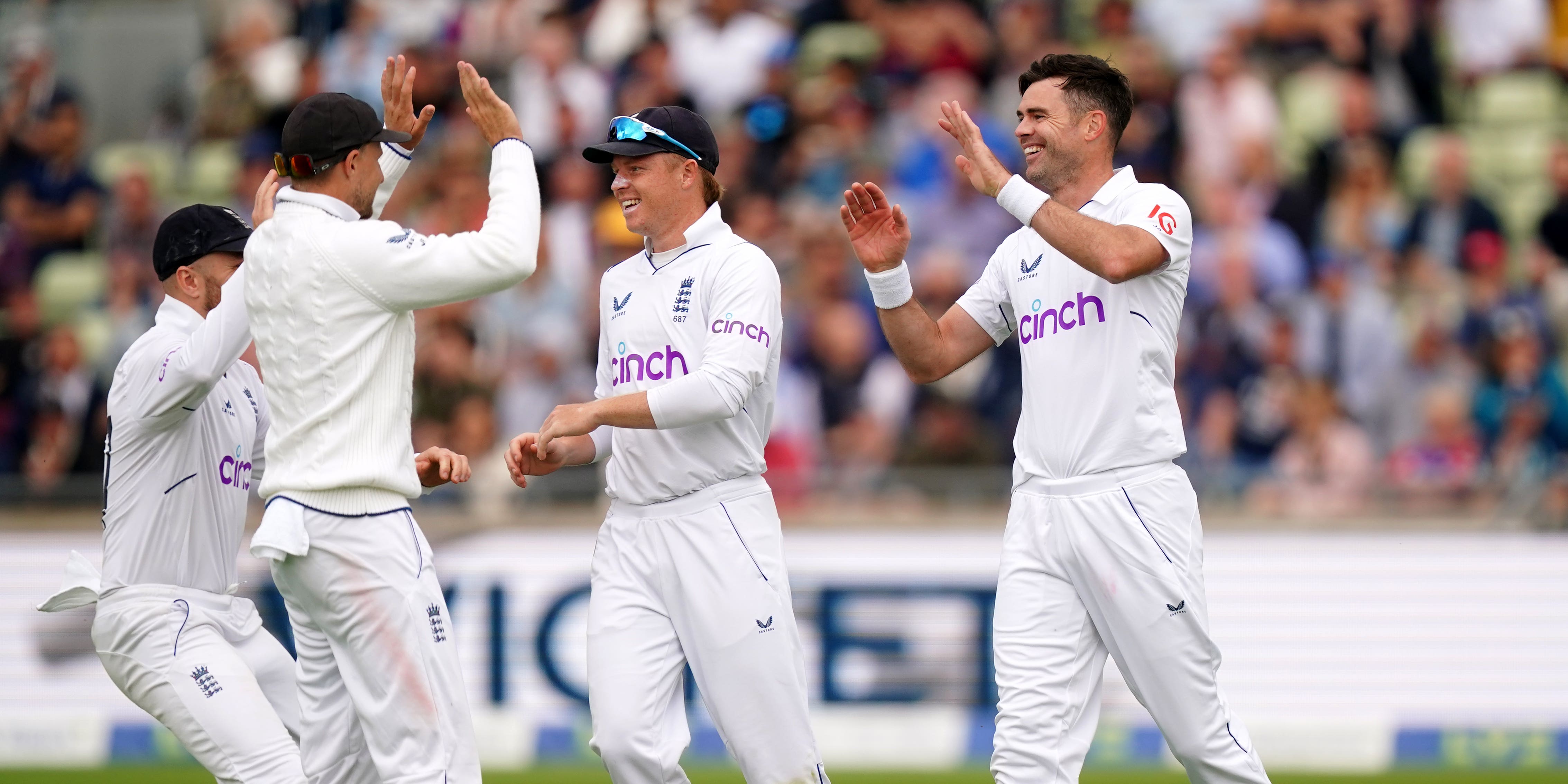 James Anderson picked up both wickets on his return to the England side as India reached 53 for two on a rain-shortened first morning of the rearranged fifth Test at Edgbaston.

Home skipper Ben Stokes put the tourists in to bat after winning the toss, holding firm to a method that saw his side chase successfully three times in the recent whitewash over New Zealand, and had Anderson to thank for making the early running.

A sore ankle kept him out of the Headingley Test last week but he was back in prime condition in Birmingham, taking out Shubman Gill and Cheteshwar Pujara.

Zak Crawley caught both openers at second slip but put down a tough chance in between, juggling Hinuma Vihari to the floor one-handed after Matthew Potts drew the mistake.

This match is something of a curiosity, effectively a stand alone contest bolted on to a white-ball tour due to last summer’s eleventh hour cancellation at Old Trafford. India led the 2021 series 2-1 when they declined to take the field due to Covid-19 concerns, meaning a win or a draw would be enough to take the honours.

With play brought forward half-an-hour to 10.30am to assist with sub-continental viewership, Stokes saw the overhead clouds and decided to take the field in a bid to take advantage of any early nip.

A solid new-ball stint from the old firm of Anderson and Stuart Broad kept the Indian openers honest but Gill had just started to move through the gears when he was first to go for 17. Having already seen one edge die in front of the slips, he pushed hard at Anderson again and fed Crawley in the cordon.

With the ball seaming around handily – and more consistently than it had during the majority of the New Zealand series – the stage seemed set for Pujara’s calm defence. He correctly overturned a caught behind decision when Broad jagged one back past his inside edge but never fully settled as he made 13 in 46 balls.

A change of ends from Anderson did for him, tempted into playing a ball that held its line and lifted slightly to give Crawley an immediate chance to make amends for a drop in the previous over. Potts was the unfortunate bowler, missing out on his just rewards for a threatening spell when Vihari’s nick went down.

Anderson had just reprised his long-running rivalry with former India skipper Virat Kohli when the weather turned and forced an early lunch.