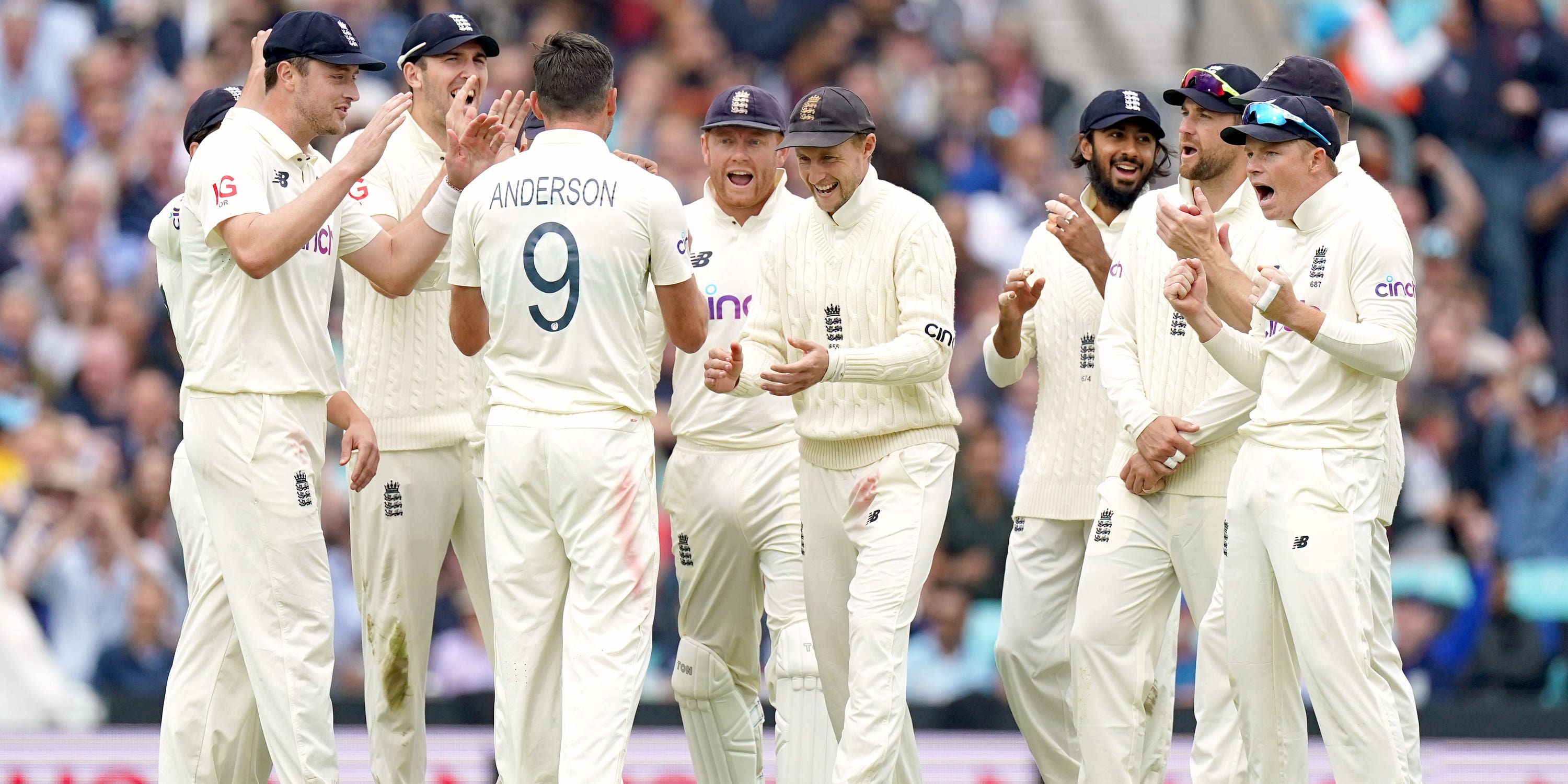 James Anderson claimed the only wicket of the morning session, much to KL Rahul’s chagrin, as England and India vied for control of the fourth LV= Insurance Test.

Rahul and Rohit Sharma built a vital opening stand of 83, clearing the vast majority of England’s 99-run first-innings lead, before Anderson made the breakthrough with a caught behind.

Umpire Alex Wharf was unmoved and Rahul himself appeared to suggest any sound had been bat to pad, but the technology went in Anderson’s favour with a tell-tale spike on UltraEdge.

India reached the lunch break with a slender lead of nine, Rohit Sharma 47 not out in a total of 108 for one.

Despite spending two hours hunting their solitary breakthrough, England’s attack offered good value in conditions given a lack of swing and only a hint of movement off the pitch.

Chris Woakes bowled impeccably at times and must have been amazed that he did not open his account during an inspired spell, while Ollie Robinson saw Rohit dropped on 31.

India resumed on 43 without loss and started confidently, Rohit presenting the full face of the bat to drive Anderson down the ground for four in the first over of the day before his partner mimicked the shot off Woakes a few minutes later.

Rahul sent a six over fine-leg when Woakes dragged one down, but the next ball was almost the perfect response, seaming in and winning an lbw decision. It looked a close call and, when Rahul called for DRS, replays showed the ball sliding past leg stump.

Woakes continued to threaten the right-hander’s pads and his outside edge, getting slivers of movement in both directions, but it was Robinson who generated the first genuine chance.

For the sixth time in the match England shelled a chance, Burns diving one-handed from second slip but failing to reel it in. Rohit was reprieved on 31, his second let-off at Burns’ hand following a miss on the second evening.

Anderson eventually gave England something to show for their hard work, swapping the Vauxhall End for the Pavilion End and picking up the disputed nick. Rahul made a slow retreat to the dressing room when TV umpire Michael Gough made his decision, making his case one last time before heading back for a well made 46.

India scored the 16 runs they needed to draw level before a Moeen Ali long-hop allowed Cheteshwar Pujara to take them into the lead with a swivel pull for four.