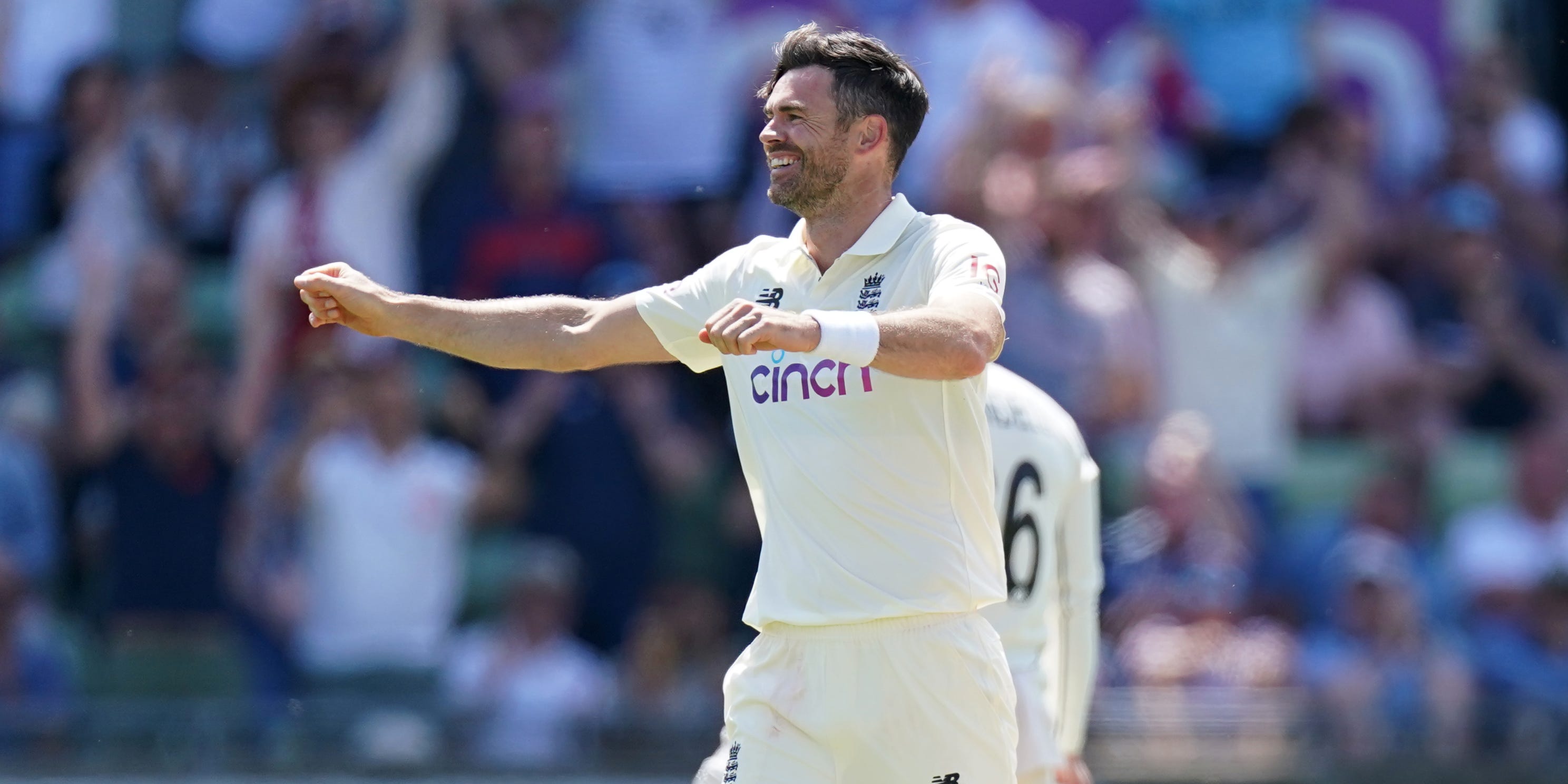 Having dismissed England for 183 at Trent Bridge on Wednesday, India threatened to take the game completely out of reach with an opening stand of 97 before a storming fightback.

There was no doubting the highlight of the day, with the notoriously dour Anderson wheeling away in delight and beaming from ear to ear after snaring Kohli’s outside edge with a typically challenging welcome delivery.

It was the 619th time he has celebrated a Test wicket – joint third on the all-time list with Indian great Anil Kumble – but it is hard to remember a time when he has shed his usual reserve so passionately. It was the first time since 2014 he had dismissed Kohli with a red ball, a run of 12 Tests home and away, but the moment was a sweet one.

Asked how he would handle Anderson on the eve of the series, the India skipper had offered a two-word response: “just bat”. He followed that plan, but for the briefest possible period.

On the same day that the 90mph paceman Jofra Archer was ruled out for the remainder of the year with a new stress fracture in his right elbow – an injury that will keep him out of the Twenty20 World Cup and the Ashes – it was a timely reminder of 39-year-old Anderson’s enduring class.

England started the day with Anderson and Robinson in tandem, the latter getting the nod ahead of Stuart Broad, but India openers Rohit Sharma and KL Rahul stood firm against a decent examination.

The closest they came to landing a lasting blow was a couple of hopeful lbw appeals and there was a hint of desperation when Joe Root reviewed the least ambitious of the shouts against Rohit. Replays only served to show how wide of the mark England were.

The first hour saw India add only 26 to their overnight score of 21 but Rahul emerged after the drinks break with renewed ambition, repeatedly putting away Broad and Sam Curran when they ventured too full.

Things were looking decidedly one-sided until Robinson chanced a bouncer in the final over before the break, hustling Rohit into an ungainly hook that sailed into Curran’s hands at fine leg.

Robinson was close to adding Pujara when he left a big nip-backer shortly after the restart, but he overturned the lbw decision on height.

With Anderson working his way into a magnificent spell at the other the end there was nowhere for the number three to hide, and he had made just four by the time he got one with his name on. The ball was whistling towards off stump until it straightened up a little, clipped the edge of the bat and settled in Jos Buttler’s gloves.

Enter Kohli, who has been trading blows with Anderson since 2012.

The pair’s history has been hyped up in recent days, with both men asked about it in their pre-match press duties and the ECB even posting a highlights reel of their duels on social media.

No surprise, then, that Anderson reacted so emotively when his very first offering took care of the India skipper.

It was a lovely ball, with the seam upright holding its position perfectly through the air and kicking slightly off the surface, but Kohli was pushing with hard hands as he looked for firm contact. As soon as Buttler closed his gloves around it, Anderson was leaping in the air and racing towards point and basking in the moment.

England were revelling in their fightback and grabbed another scalp when Ajinkya Rahane set off for a non-existent single at the non-striker’s end. Bairstow swooped in and threw down the stumps as Rahane U-turned, flicking the bails to leave him well short.

It would have been no surprise to see further breakthroughs but, to the crowd’s frustration, bad light persuaded the umpires to lead the players off. Persistent showers followed closely behind, stalling a tightly balanced contest in frustrating fashion.