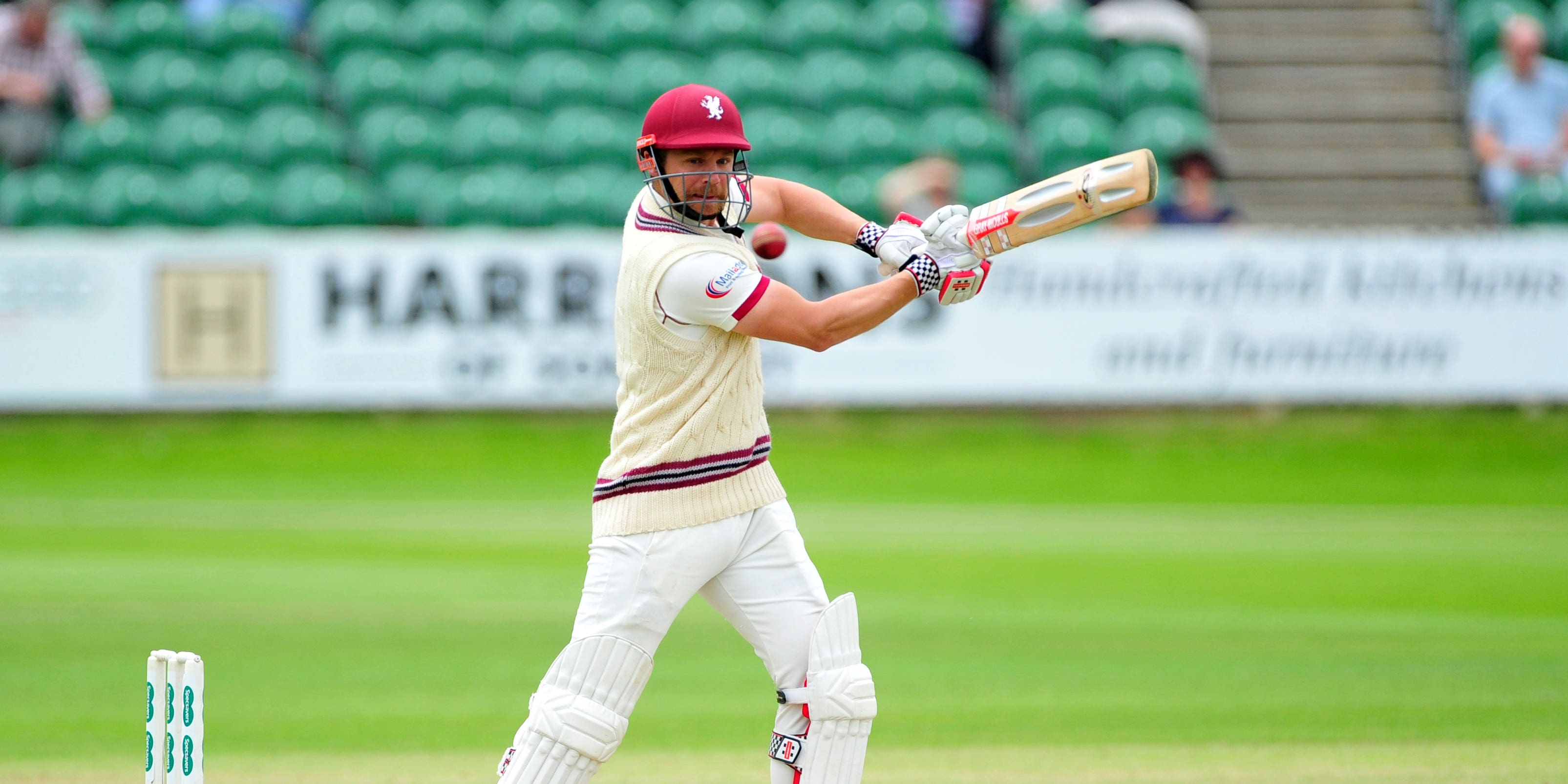 James Hildreth blasted a brilliant 61 off 34 balls as Somerset continued their strong defence of the Royal London Cup with a five-wicket victory over Yorkshire at Taunton.

In a game reduced to 20 overs per side by rain, the visitors ran up 158 for five after losing the toss, Matthew Revis leading the way with his best List A score of 58 not out.

Fellow teenager Will Luxton contributed an unbeaten 31 to an unbroken sixth-wicket stand of 69 while left-arm spinner Lewis Goldsworthy was the pick of the Somerset attack with one for 17.

In reply, the hosts reached 159 for five with five balls to spare, with Hildreth’s sparkling knock including five fours and four sixes.

Tom Westley eased to his third half-century of the competition and Sir Alastair Cook scored a classy 77 not out as Essex Eagles thrashed Kent Spitfires by nine wickets.

Eagles captain Westley struck 69 off 77 balls – having previously clocked 69 and 87 not out – during a 127-run stand with Cook.

Essex were only chasing 158, after an all-around bowling performance, and knocked them off with almost 19 overs to spare.

It got the Eagles back to winning ways, after losing their 100 per cent record against Worcestershire, while Kent remain winless.

Luke Wells scored an impressive List A-best 66 not out as unbeaten Lancashire completed a comfortable 51-run victory, on Duckworth Lewis Stern regulations, against Hampshire at the Ageas Bowl.

Heavy rain arrived at 4.35pm, preventing any further play after Lancashire had reached 115 for two from 25.3 overs in reply to Hampshire’s 162 all out, with Wells hitting 12 fours in a superb 62-ball knock to put his side well ahead on DLS.

But the win was really set up by Lancashire’s brilliant effort in the field earlier in the day, with Tom Bailey (three for 23) and George Balderson (three for 25) the stand-out performers.

Bailey, Lancashire’s captain, led by example with a six-over new ball spell of two for 18 and later the wicket of Hampshire’s top-scorer Lewis McManus, who batted with skill and spirit with six fours in a 51-ball 45.

Gloucestershire kept alive their chances with their second win in four matches as they beat Sussex by three runs in a thrilling match at the 1st Central County Ground.

Sussex, without a win in five games, saw their chances fade away, however.

But a heroic half-century from 19-year-old wicketkeeper-batsman Oliver Carter almost snatched an astonishing victory for Sussex after they looked out of the contest at 141 for eight.

Eskinazi returned to action after recovering from a groin injury and marked his first appearance of the summer in the competition by racing to three figures off just 83 balls.

Emilio Gay’s unbeaten 84 led Northamptonshire to an eight-wicket victory over Derbyshire, securing their first win of the competition.

The academy graduate saw the hosts over the line with three balls to spare in their chase for 178 for victory in a game reduced to 28 overs a side following morning rain.

The left-hander’s heroics came after the Steelbacks’ new-ball pairing of Curtley-Jack White and Ben Sanderson had taken four for 20 and three for 29 respectively, reducing Derbyshire to eight for four before Fynn Hudson-Prentice’s swashbuckling 64 gave the still winless visitors something to defend.

Nottinghamshire advanced their ambitions in ruthless style, cruising past Leicestershire by seven wickets with almost 30 overs to spare in front of an appreciative audience at Welbeck Cricket Club.

Skipper Peter Trego hit two sixes off pace bowler Chris Wright in his 31-ball 39, Ben Slater picked up six boundaries in his 38 and the young South African batter Matthew Montgomery was 27 not out as Notts reached a target of 145 in just 20.2 overs.

Earlier, Luke Fletcher continued his superb season with four for 30 and Dane Paterson took three for 25 as Leicestershire were bowled out in 43.1 overs.

Sixteen-year-old leg-spinning all-rounder Rehan Ahmed top-scored with 35 not out, the highest score of a fledgling senior career, as he and Ben Mike (34) contributed almost half their side’s meagre total in a 70-run stand for the eighth wicket.