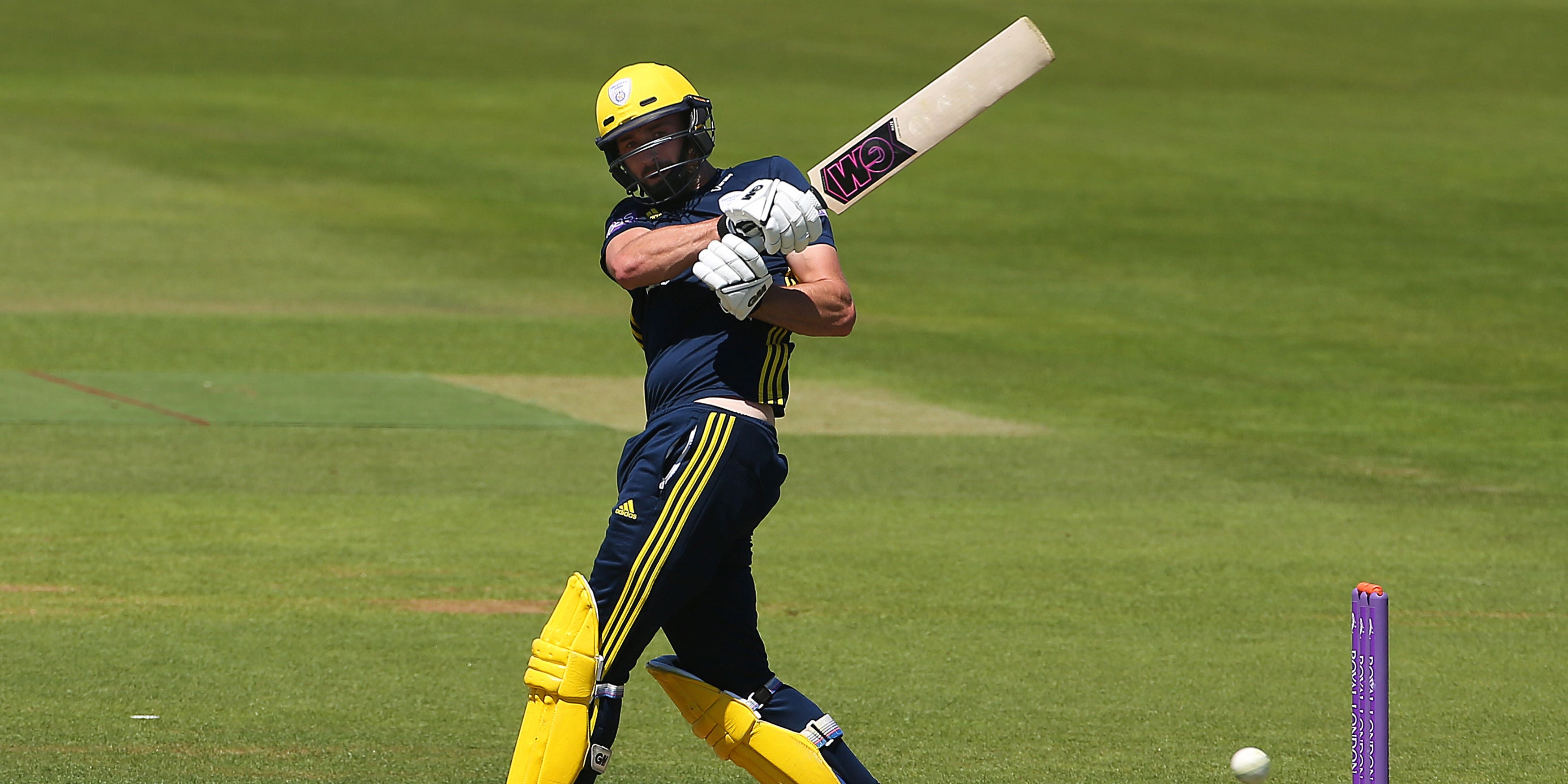 Fresh from a fine century for England against Pakistan, the Hampshire captain made a superb return to domestic duties with a half-century and a century to secure victories over Essex and Sussex in a double-header at the Ageas Bowl.

Vince first hit 63 as Hampshire beat Essex by 18 runs, the visitors being bowled out for 153 in pursuit of 172 despite 60 from Dan Lawrence.

Vince then followed up with 102 from 59 balls as Hampshire overhauled Sussex’s 183 for six to win their second match of the evening by six wickets with four balls to spare. Ravi Bopara (62) and Luke Wright (54) had both hit half-centuries for Sussex, who slipped to third in the table.

Surrey kept themselves in contention as they climbed above Gloucestershire with a seven-wicket victory in a must-win fixture at Cheltenham.

Jamie Smith (60) and Laurie Evans (58) played the key roles as Surrey reached their target of 178 with 10 balls to spare.

Somerset secured their place in the knockout stage with a convincing 74-run win over Glamorgan at Sophia Gardens.

New Zealand’s Devon Conway continued his outstanding summer by batting the full 20 overs for an unbeaten 70 from 52 balls in Somerset’s 181 for five.

Tom Lammonby added a useful 34 from 20 balls and the task proved beyond Glamorgan, who were bowled out for 107.

South Group leaders Kent secured a home quarter-final as they thrashed Middlesex by 77 runs at Lord’s.

The hosts were never in the contest as they were skittled for just 80 inside 17 overs in pursuit of the Spitfires’ 157 for eight.

Only three players in Varun Chopra, Tom Helm (both 12) and last man Mujeeb Ur Rahman (13) reached double figures in a miserable effort for Middlesex as Elliot Hooper, one of seven Kent debutants, took three wickets.

Captain Heino Kuhn (42) and Harry Finch (47) made telling contributions for Kent with the pair putting on 65 for the third wicket.

In the North Group, Finn Allen hit an explosive 66 and Alex Davies 56 as Lancashire remained on course for the quarter-finals with a six-run victory over Durham at Old Trafford that ended the visitors’ hopes.

Durham raced to 78 without loss after six overs in reply as David Bedingham made 50 off 24.

Sean Dickson’s 53 off 33 then took the target to 15 off the last over but Danny Lamb held his nerve as Durham finished on 193 for five.

Birmingham Bears stayed in contention as they saw off Worcestershire by 17 runs at Edgbaston.

The Rapids would have qualified with a victory but they were unable to overhaul the hosts’ 169 for five, finishing on 152 for six.

Sam Hain (83 not out) and Carlos Brathwaite (52 not out) put the Bears into a commanding position with an unbroken stand of 106.

Leaders Notts Outlaws, who are already assured of a home quarter-final, slipped to only their second defeat as they were beaten by two wickets at Leicestershire.

Opener Joe Clarke hit 57 from 27 balls and Ben Duckett 45 off 27 but the visitors lost their last six wickets for 22 runs as they were bowled out for 173.

Josh Inglis and Arron Lilley both top-scored with 42 for Leicestershire but it needed two boundaries in the final over from Naveen-Ul-Haq to secure a win that lifted them off the bottom of the table.