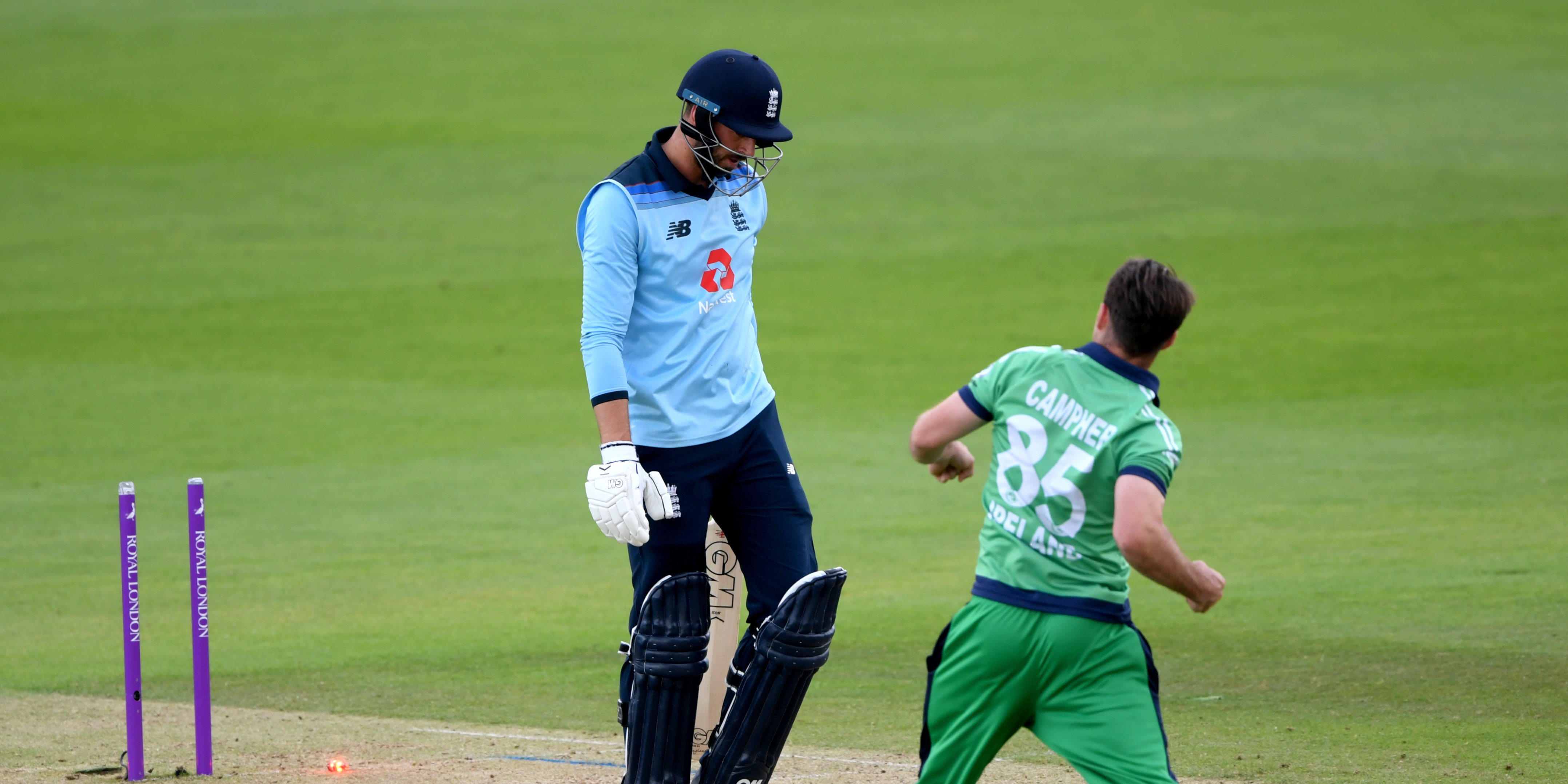 James Vince is facing an uncertain England future after being being overlooked for the forthcoming Twenty20 matches against Pakistan, with national selector Ed Smith admitting the Hampshire batsman has failed to take his chances at the highest level.

Vince was overlooked for the Vitality T20 series at Emirates Old Trafford after a enduring a disappointing time against Ireland in the recent one-day international series and must now wonder where he stands in the reckoning little more than 12 months on from being part of England’s World Cup-winning squad.

England are continuing their policy of keeping the red and white-ball groups entirely separate in the current bio-secure landscape and Vince’s omission from a 14-man squad already missing the likes of Joe Root, Ben Stokes and Jos Buttler does not bode well.

Smith, whose panel recalled the fit-again Dawid Malan to bolster the batting, said: “I think James is a very talented player and at his best we all know has the skill to look absolutely at home in international cricket.

“But I’m not saying anything different here than I said to James on the phone: it’s just a question of him grabbing his opportunities. He’s not been selected for this series against Pakistan. That was as far as the conversation went.

“One thing he’d be the first to say, and I think he has said it publicly, that for someone of his talent and his class he probably hasn’t grabbed his opportunities in the way he would have liked to have done.

“If they come around again I’m sure he’d be absolutely determined to really grab it.”

Malan will be hoping he can do just that too, fresh from a maiden first-class double century for new club Yorkshire against Derbyshire in the Bob Willis Trophy. He scored an unbeaten hundred against New Zealand in November only to be dropped again until the final match of the subsequent South Africa series.

He is one of three players named who did not appear against Ireland, alongside Somerset all-rounder Lewis Gregory and Chris Jordan.

The latter is England’s top-ranked seamer in the short format at number 10 in the world but has not played any cricket this summer due to a bicep injury which required surgery. Smith said medical assessments indicated he would be “fully available” for selection.

One option England have ruled out is drafting players who go unused in the third Test against Pakistan. Paceman Mark Wood would have been a potential beneficiary should he not earn a recall for the series decider, having played just one of the five Tests to date.

England will look to pick players who have been involved in the Test bubble for limited-overs games against Australia next month, but not before.

“The decision has been made on that. That won’t happen,” said Smith.

“To date Mark Wood has played one Test and he’s obviously in contention for the final Test, but the situation for this particular T20 series against Pakistan won’t change.”

Instead, the first line of reinforcements are standbys Pat Brown, Liam Livingstone and Reece Topley.

Head coach Chris Silverwood will once again delegate his role to assistant, with Graham Thorpe taking the reins as Paul Collingwood did against the Irish.

Marcus Trescothick has been seconded from Somerset to work with the batsmen and Azhar Mahmood has also been handed a short-term deal. The former Pakistan international was his country’s bowling coach until last year and could have some insider tips for Thorpe’s backroom team, which also includes Jon Lewis and wicketkeeping coach James Foster.