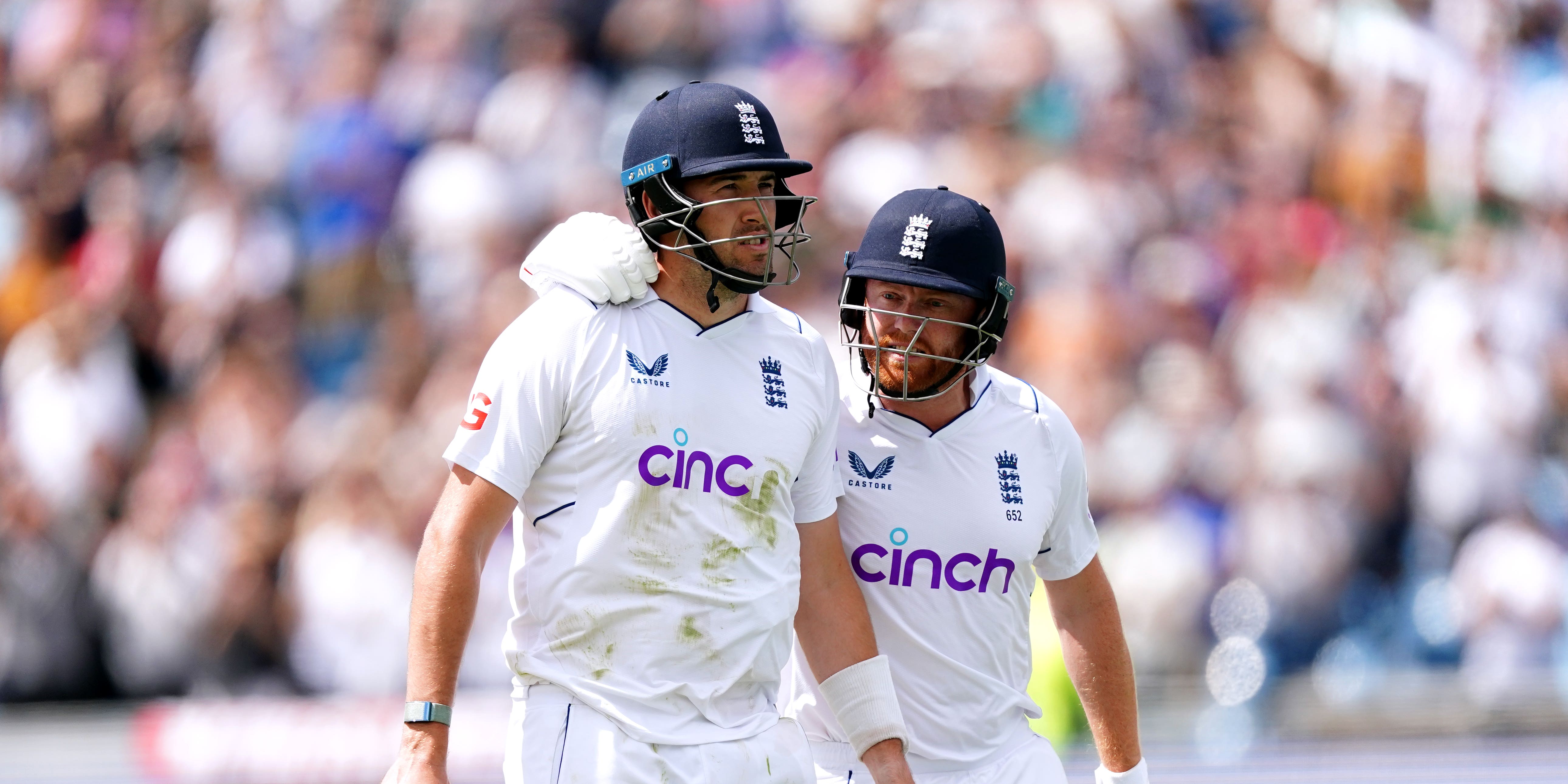 Jamie Overton fell agonisingly short of a century in his first Test innings, but Jonny Bairstow’s 162 helped England establish a slender lead over New Zealand on day three at Headingley.

Newcomer Overton was caught behind for 97, within a single stroke of the unlikeliest of hundreds from number eight, as England were bowled out 31 runs ahead on 360.

Just three more off Overton’s bat would have completed a remarkable introduction to international cricket for the Surrey seamer, who has just one first-class ton in his career and was selected for his 90mph pace rather than his abilities as a lower-order hitter.

But he still had the satisfaction of knowing that a 241-run partnership with Bairstow changed the entire tenor of the game, lifting England from a dire 55 for six. New Zealand’s openers erased 13 from the deficit in five overs before lunch, with Bairstow installed at wicketkeeper due to Ben Foakes’ stiff back.

While Bairstow picked up exactly where he had left off on the second evening, crunching drives emphatically through the covers to turn his overnight 130 into the third 150 score of his career, Overton struggled to relocate his mojo.

He had already wildly over-delivered by the time he resumed on 89 but, one smooth cover drive notwithstanding, appeared to give in to nerves as his landmark approached. He fished a couple of times outside off before finally nicking one from Trent Boult, with Daryl Mitchell holding on at slip.

Overton was offered an arm around the shoulder and some words of consolation from Bairstow, sound-tracked by a warm ovation from the Yorkshire faithful, completing a bittersweet moment for the 28-year-old.

Stuart Broad punctured the mood of disappointment with a free-hitting cameo, plundering 42 in just 36 balls and somehow wrestling the strike away from Bairstow.

Broad is a joyously unpredictable batter in his autumn years and New Zealand played directly into his hands, Boult unwisely tossing it up to his hitting arc and Neil Wagner going for the short ball on a pitch that lacked the pace to make it dangerous.

Broad hit six fours and two sixes before he was clean bowled by the labouring Tim Southee, but by that point England had already moved ahead.

Bairstow was gone off the very next ball, chipping Michael Bracewell down the ground after the change of ends, savouring his reception after his second unforgettable hundred in as many weeks.

Leach was last out for eight and then found himself sharing the new ball with Broad as England unsuccessfully tried to grab a quick breakthrough.