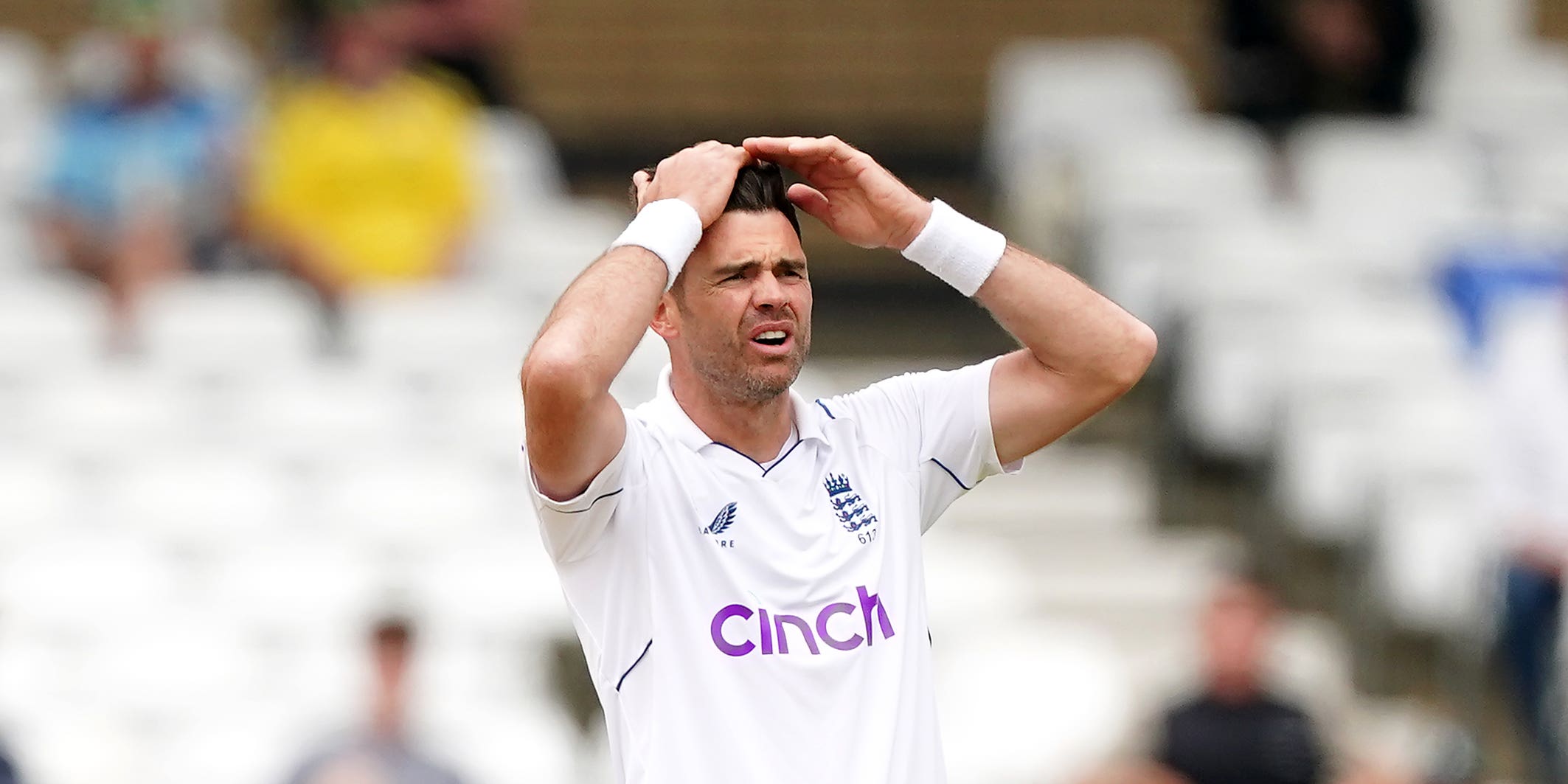 James Anderson will miss England’s final Test against New Zealand due to an ankle problem with Jamie Overton set to replace him.

Captain Ben Stokes confirmed the 39-year-old would miss the third Test at Headingley that gets under way on Thursday.

Overton will make his Test debut in Anderson’s stead, with Stokes unsure of the severity of the veteran pace bowler’s injury.

Stokes revealed Overton’s inclusion as England’s sole change for the final New Zealand Test, with his twin brother Craig missing out on a cap.

“Unfortunately Jimmy’s not pulled up as well as we would have liked him to, so Jamie Overton’s going to make his debut this week,” Stokes told Sky Sports.

“It’s unfortunate for Jimmy, but we’ve got a massive test against India coming up as well.

“I’m not too sure how serious it is to be honest. He’s just got a bit of a puffy ankle.

“Jamie’s been very impressive, the way that he’s bowled, we always want a point of difference in our side, bowling with serious pace and changing games as well.

“He fills a different role from Jimmy, but to have someone in your back pocket who can bowl 90 miles an hour is big for us.