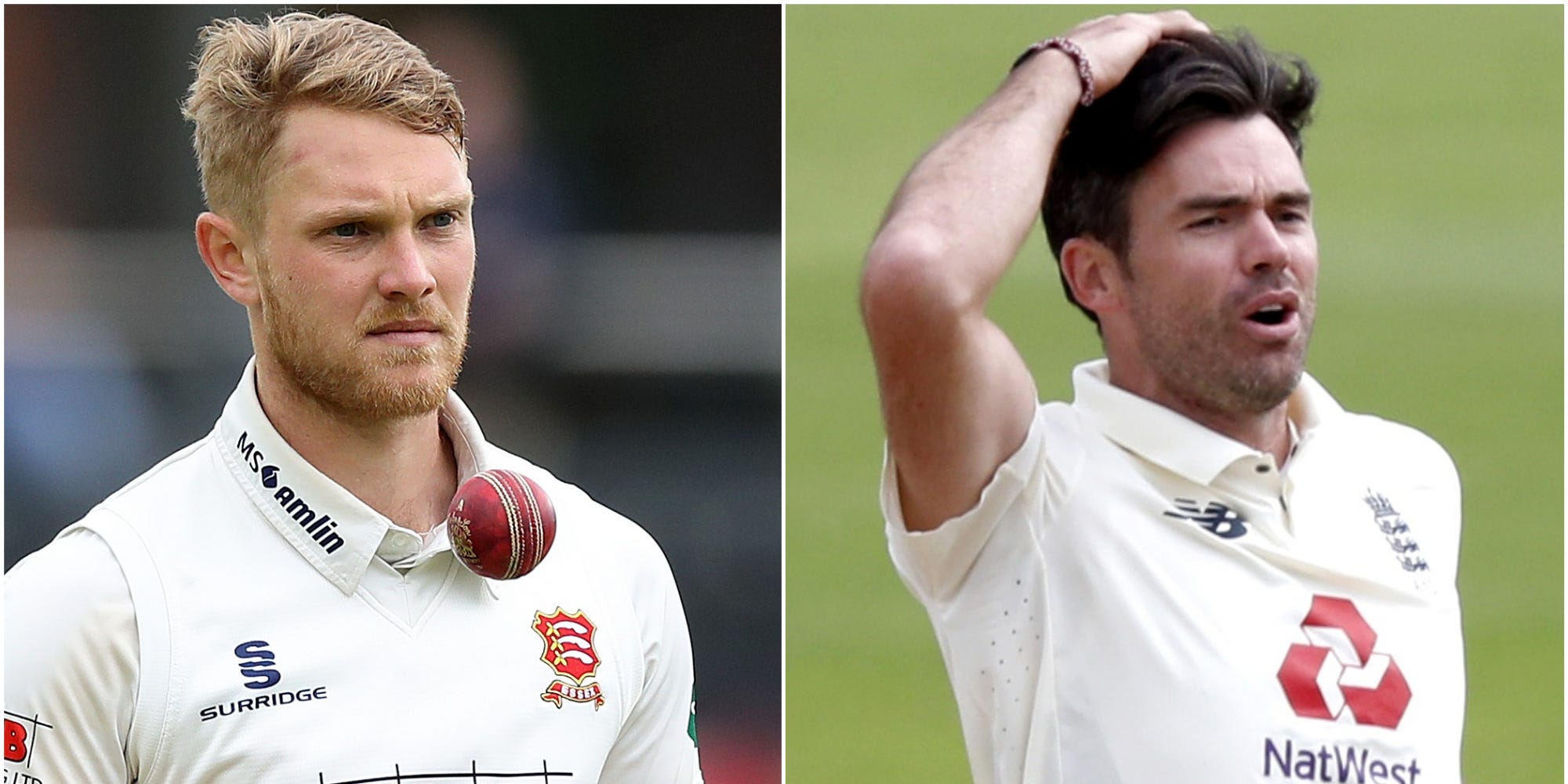 Jamie Porter described an in-depth chat with England’s record wicket-taker James Anderson over the winter as “one of the best things I’ve ever done” as the Essex seamer looks to force his way back into international contention.

Porter was close to his England debut against India three years ago but his slide down the pecking order was encapsulated when he was one of the headline omissions from an expanded training group at the start of last summer.

The snub spurred Porter on in last year’s Bob Willis Trophy as he claimed 27 wickets in six matches, taking his record in county cricket since the beginning of 2017 to 208 scalps at a formidable average of 21.53.

He has spent his winter pouring over video footage, diligently spending up to two hours a day searching for ways to improve, and decided a couple of months ago to send Anderson an impromptu message to go over some details.

Anderson, in quarantine in-between the Sri Lanka and India Test series, was receptive and his wisdom was soaked up by a grateful Porter, 27, who hopes he has a few more years to force his way back into the England reckoning.

Porter told the PA news agency: “I’ve got to be very cautious about putting a timeframe on it because I don’t want to slip into it being the be-all and end-all because that will do me more harm than good.

“I had a long chat with Jimmy about bowling in general and some of the stuff he gave me about his mentality and the stuff he’s picked up over time, it gave me a lot of encouragement and I took a hell of a lot away.

“It was around the time I was watching a lot of footage and I had a lot of ideas on my mind. He was in quarantine in India and had a bit of time on his hands and I was in lockdown over here, so I just sent him a message saying ‘can we catch up at some point and have a chat?’ It was one of the best things I’ve ever done.

“It’s hard to have a chat with one of the greatest bowlers of all-time and not take a lot away. It did put things into perspective a lot for me, just about how to approach games, how to deal with things not going your way.

“I thought I’d try to pick a few technical points up off him but actually it was more the mental side of the game that I learned the most about. Honestly, I think that was the best thing I could have got out of it.”

Porter operates at around the same speeds as Anderson, Stuart Broad and Chris Woakes, while Jofra Archer, Mark Wood and Olly Stone are pacier options and England can also rely on Ben Stokes and the left-arm variation of Sam Curran.

England’s decision to rest and rotate their options in a heaving schedule could open the door for Porter ahead of summer assignments against New Zealand and India, but he has his sights set on automatic selection.

Porter said: “Another thing I got from Jimmy – I got this more from being in the England squad with him, the best way to approach it is to try to force my way into the best XI. Ultimately that’s where I want to be, so that’s my goal.

“If there’s rotation and I find my way in that way then brilliant I’ll be over the moon with that. If you offer me one Test match, it’s better than none. But if I could force my way into the best XI that’s the end goal.”

Porter’s immediate focus is with Essex, the defending County Championship and Bob Willis Trophy champions who begin their season by welcoming Worcestershire to Chelmsford in a four-day fixture that gets under way on Thursday.

Porter added: “The best thing is to be contributing to a winning side. If we’re winning games and I’m spearheading that then hopefully it will be hard for (England) to look past me.”