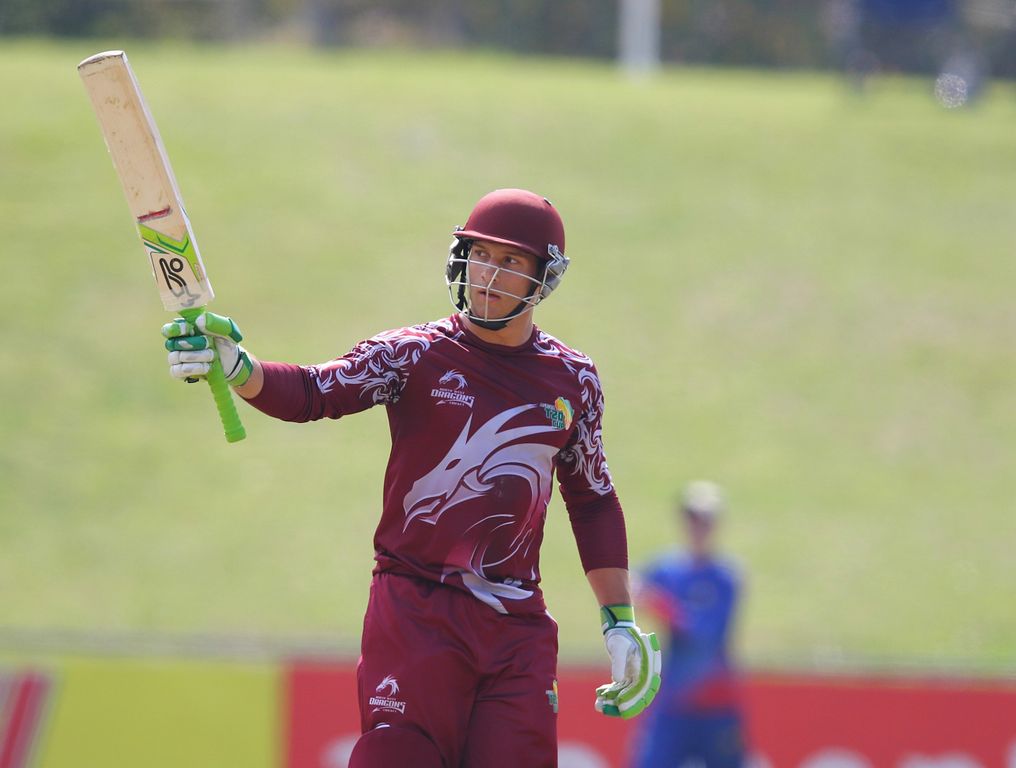 The leading run-scorer in last season’s national Sunfoil Three-Day Cup series and CSA Provincial One-Day Challenge and eight players aged 25 or younger will be part of the professional squad of the World Sports Betting Cape Cobras for the 2018/2019 season.

The younger brother of Pieter Malan is not the only exciting acquisition for the Cape side.

David Bedingham (24) was the leading run-scorer for Boland in both the 50-over showpiece and the three-day semi-professional competition last season and is rewarded with a professional contract whilst fast bowler Tladi Bokako joins the Cape franchise from the Warriors.

One of the outstanding stars from last season, fast bowler Mthiwekhaya Nabe – who was nominated for the CSA Domestic Newcomer of the Season – has been rewarded for his efforts with his first professional contract.

Allrounder Ferisco Adams has also been promoted to a full professional contract after his sterling performances when called upon by coach Ashwell Prince last season.

Prince said: “I am excited about the squad because there is a mixture of youth and experience.

“Last season we were 1 bonus point behind the leaders after the penultimate Sunfoil Series match of the season and we hosted the semi-finals of the Momentum One Day Cup competition, while the elements played a part in the knockout phases of the RAM SLAM T20 Cup competition.

“The team is not only in a rebuilding phase, but is there to compete and win trophies. And what makes this squad so good is its versatility, because 90% or more will be vying for spots in all three formats.

Prince said Wayne Parnell was not contracted again for the national team for 2018 and will therefore be available to the Cobras for the entire season.

Together with JP Duminy (available for the white-ball formats), Dane Piedt, Dane Paterson, Rory Kleinveldt, Aviwe Mgijima and Pieter Malan, they provide an experienced core to the team.

Kleinveldt will be available in all three formats for the Cobras after only playing white-ball cricket last season.

One of the characteristics of the new-look professional squad is the abundance of allrounders in the group.

Jason Smith, Parnell, Kleinveldt, Ferisco Adams, Dayyaan Galiem, George Linde and Kyle Verreynne (wicketkeeper-batsman) fall into that category. Bedingham was not contracted as wicketkeeper, but only as batsman.

Prince said if you have a thick cheque book you can purchase all the big names, but there is a case to be made for players who produce the goods at semi-professional level and then take the step up with confidence and excellent results, like Pieter Malan did last season.

The competition for top-seven places will be immense in this squad, as Simon Khomari, Mgijima, Pieter Malan, Janneman Malan, Bedingham, Galiem, Smith, Verreynne, Zubayr Hamza, Linde, Parnell and Adams will all be competing for those specialist spots.

Prince was not concerned about the ability or inability to capture twenty wickets, as he said the surfaces last season benefitted the batsmen “way too much” in the Sunfoil Series.

Parnell had been prolific with the ball when he was in the team full-time, like his 7-51 against the Dolphins at Newlands in the 2016/2017 season.

Paterson captured 42 wickets in the 2014/2015 season and will be keen to return to his lofty heights from yesteryear.

Prince said Tladi Bokako excelled for the Warriors last season in first-class cricket – taking 22 wickets in the Sunfoil Series and 24 in the Sunfoil Three-Day Cup and much is expected of the former Eastern Cape bowler.

“Ferisco Adams is in the squad after stellar performances for the World Sports Betting Cape Cobras in the RAM SLAM T20 Challenge. He was a key figure in propelling us to the semi-finals with his excellent death bowling and also attractive cameos with the bat,” said Prince.

Is the jury out on the fast bowlers? Prince has an emphatic answer: “The blades are sharp enough, but we must just hope the surfaces will be such that it allows for an even contest between bat and ball,” he says.

“This is an excellent young squad and I’m confident that we possess the personnel to re-establish ourselves soon as a trophy-hugging domestic heavyweight. We are on the right track,” said Nabeal Dien, chief executive officer of the Cobras.