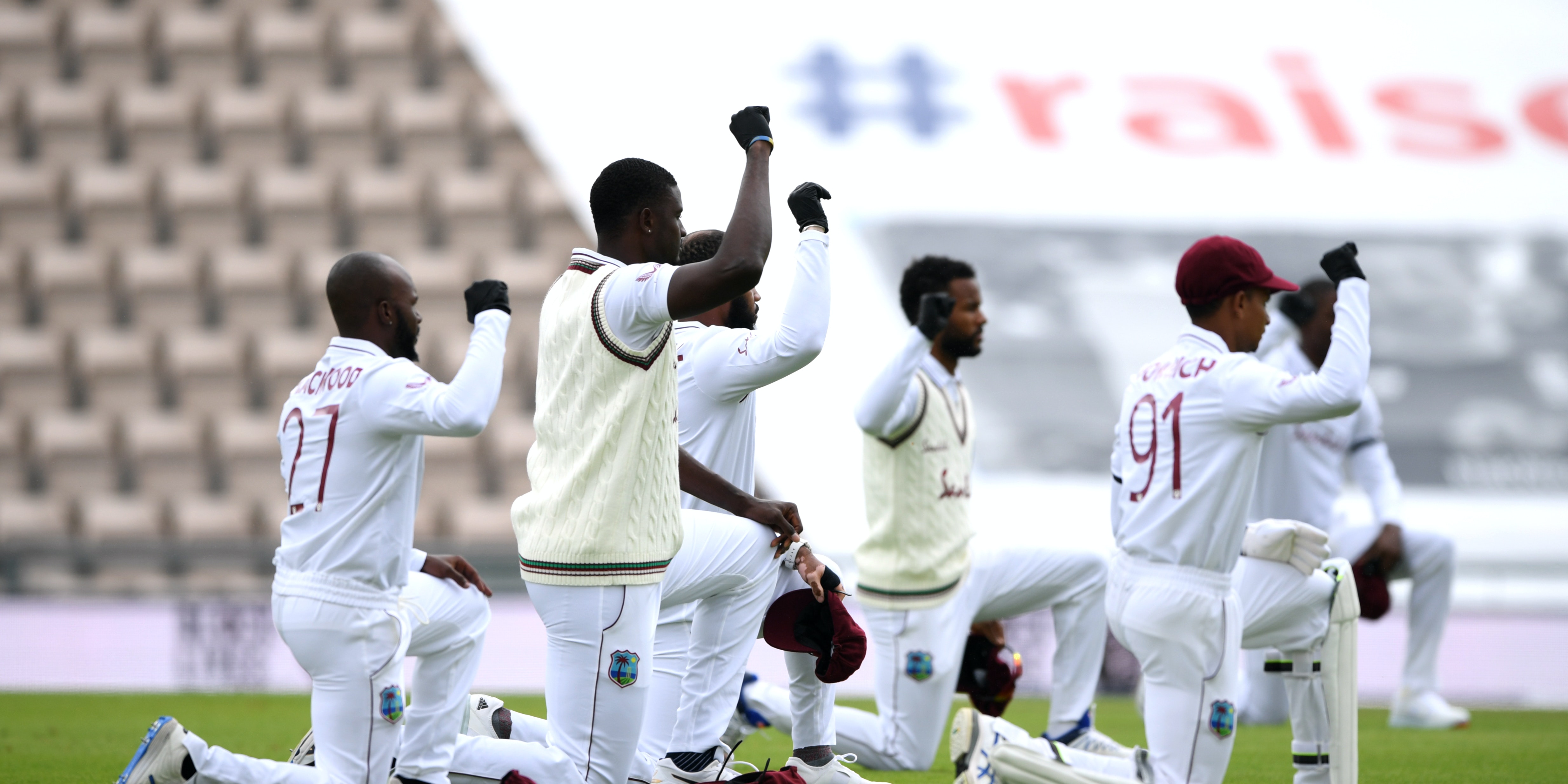 West Indies captain Jason Holder was left “disappointed” by the commitment to the Black Lives Matter movement during Pakistan and Australia’s recent tours of England, suggesting sides were “not showing their solidarity”.

The Windies and their English opponents came together to take a knee before each of their three Test matches this summer, an act of unity in the aftermath of anti-racism protests stemming from the death of George Floyd in the United States.

The practice was maintained during a one-day series against Ireland and again when West Indies Women arrived for five T20s, but the gesture was quietly shelved for series against Pakistan and Australia.

Windies great Michael Holding described that decision as “lame” and Australia head coach Justin Langer said his side should have given greater thought to the idea.

Now Holder, who accepted the Cricket Writers’ Club’s Peter Smith Award for their willingness to become the first international touring team in the midst of the coronavirus pandemic, has had his say.

Speaking to CWC chair Alison Mitchell from the Indian Premier League, he said: “I personally was a bit disappointed to see how the Pakistan and Australia tours went on after us and they not showing their solidarity afterwards.

“It’s a long debate, a long, hard challenge and a long road. But we as people need to continue to come together to put our ideas together and genuinely find ways to fix the inequalities in the world. We need to see each other as all equal human beings and treat each other that way, more or less be your brother’s keeper in this world.

“It’s difficult to get people to see the importance of it and that’s why education has to keep being filtered through. People need to understand where people are coming from and understand the harsh reality of how the world is set up. There are inequalities out there: some of them are in our faces and some of them are done discreetly.”

Holder is currently at the IPL with Sunrisers Hyderabad and has heard little mention of Black Lives Matter.

“To be honest I haven’t had one conversation up here around it,” he said.

“Sometimes it seems as though it’s gone unnoticed, which is a sad thing. I guess it’s for us to re-highlight the importance of it and for people to understand what is happening in the world.”