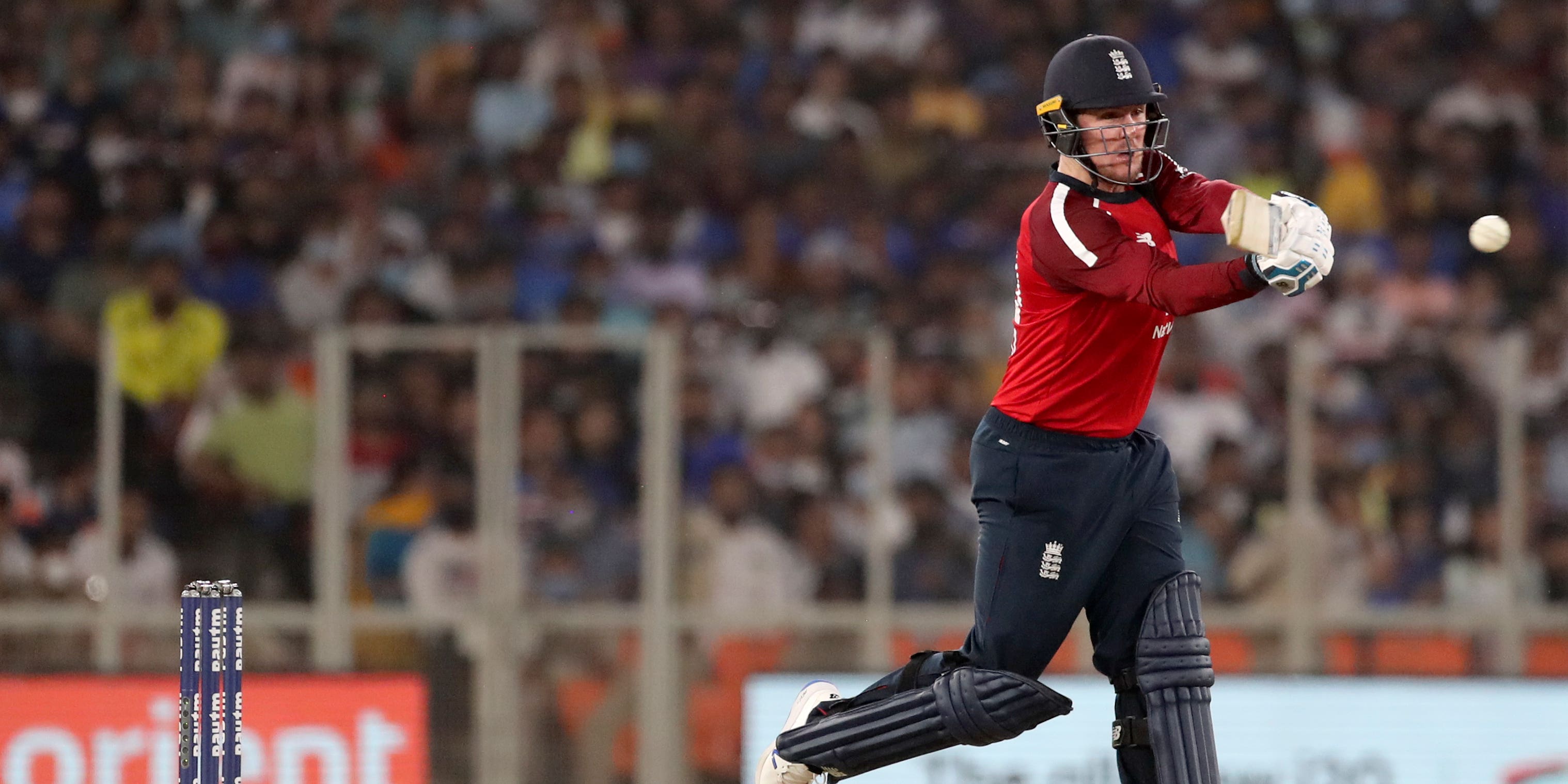 Jason Roy fell just short of a half-century for the second time in three days as he led England to 164 for six in the second Twenty20 against India.

After top-scoring with 49 in Friday’s series-opening victory, Roy made 46 in 35 balls after the tourists were sent in to bat at Ahmedabad, with four of his team-mates out in the 20s.

Timing the ball proved tricky throughout but India dragged England back well in the final five overs, allowing just 35 runs.

Bhuvneshwar Kumar took the new ball for India and landed a big blow when he picked up Jos Buttler for a golden duck as the opener misjudged a flick off his pads.

Roy got things moving when he pounded Washington Sundar’s first ball over long-on for six but that was a rare example of clean power hitting as both he and Dawid Malan took their time reading the pace of the pitch.

The duo were enterprising enough to lift the score to 44 for one at the end of the powerplay, Malan helped along by a fielding error and a thick edge which both brought boundaries.

Yuzvendra Chahal entered the the attack after the restrictions were relaxed and, after tying up Roy with his first four deliveries, dragged one short and paid the full price with a six over long-leg.

India were relying on all-rounder Hardik Pandya as a frontline bowler and when he shipped 13 in the eighth over – including another costly misfield – that was looking like a gamble.

Chahal ended a 63-run stand when Malan was lbw on the sweep, gone for 24 having never quite taken off. Roy got after the leg-spinner, reverse-sweeping a pair of boundaries after first missing the stroke on three occasions.

There was a mixed bag of four boundaries in Eoin Morgan’s first eight deliveries at the crease – a beauty over cover, an inside edge, another misfield and finally four leg-byes off the helmet.

India’s sloppy handiwork continued when Suryakumar Yadav not only failed to hold on to a catch from Jonny Bairstow in the deep but allowed it to slip through for six.

The debutant held on when Bairstow offered a second chance off Sundar, but only after an initial fumble.

Morgan and Ben Stokes tried a variety of ways to up the scoring rate but both were caught off the controlled Shardul Thakur and departed in frustration.

There were just two boundaries in the last five overs, as India’s seamers smartly took the pace off at the death.