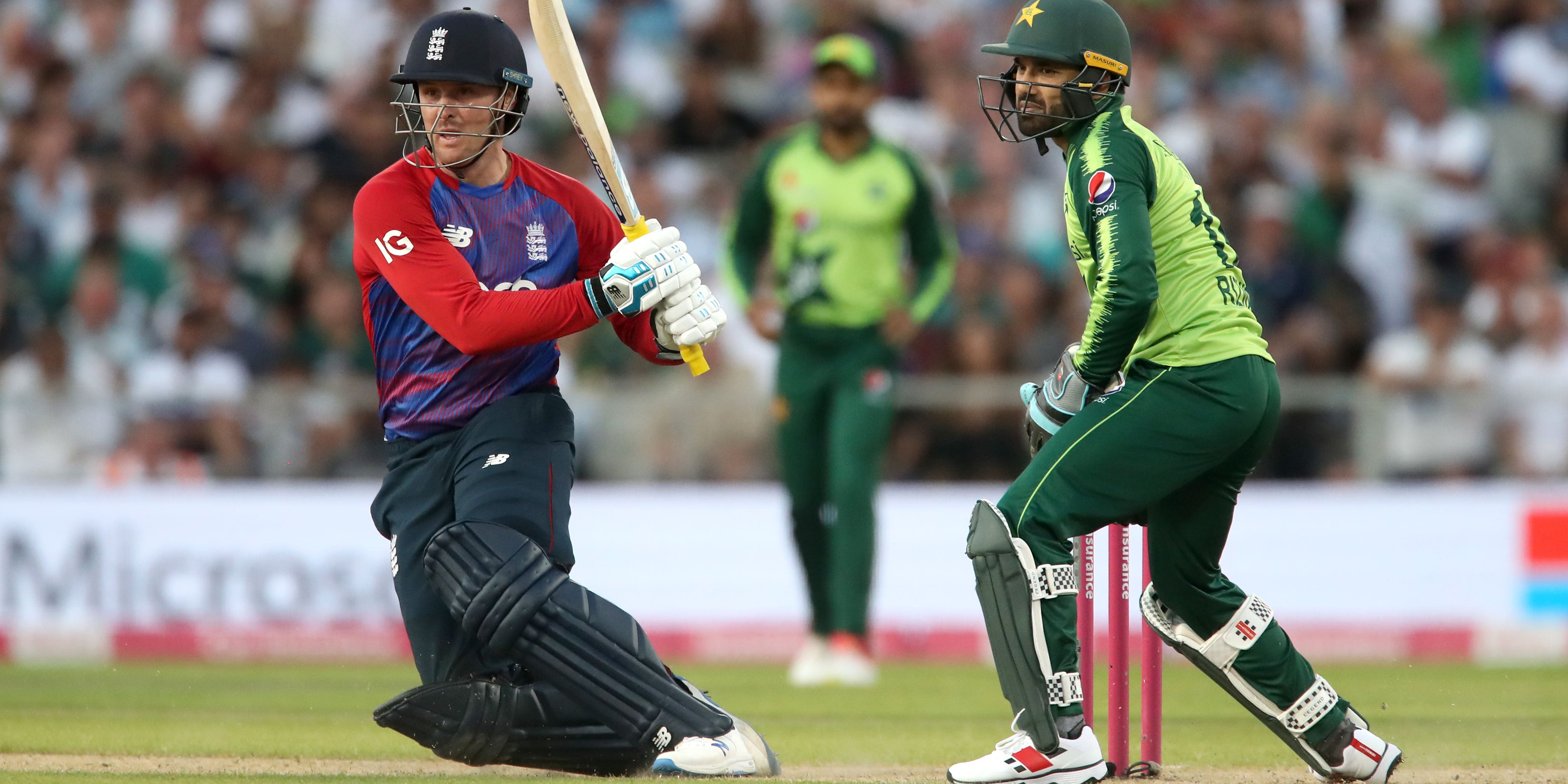 Jason Roy has promised England will not get complacent after Stuart Broad tipped them to win the Twenty20 World Cup following an outstanding victory against Pakistan.

England made it four series wins from four in white-ball cricket this summer with a tense three-wicket triumph at Emirates Old Trafford, chasing down a target of 155 with two deliveries remaining.

Broad, himself a former T20 skipper, was watching on as part of Sky Sports’ commentary team and the sight of captain Eoin Morgan celebrating with the silverware sparked a prediction about the tournament in October.

“I was just watching Morgs lift the trophy there and I think we’re going to win the World Cup,” he said.

“We’ve got so many bases covered. We’ve got so much depth, they play fearless cricket, I just think we’re going to win the World Cup. It’s all looking pretty rosy.”

There’s not just the World Cup in October to be excited about, with the Indian Premier League returning later on this year, there will be plenty of excitement.

Roy, who was named player of the match after striking 63 in 36 balls on a difficult surface, does not have the luxury of making calls he does not need to back up and took a more cautious approach to his side’s form.

“It’s pretty rosy in the garden until it’s not!” he said.

“It’s one of those games you can’t get too ahead of yourself, especially in T20 cricket. But for us to put in a huge performance like that, when Pakistan were chomping at the bit to right some wrongs from the ODI series, was great.

“They came out firing, it was an extremely tight series and it showed that in all the numbers. Crowds were outstanding so I’m over the moon with how it’s all gone really.”

Morgan, who chipped in with an important 21 and clubbed two vital sixes at the death, praised England for navigating their way home on a surface that played against their own preference for flat, true run-fests.

“For the style we play naturally, and which we’re best at, this is the worst possible wicket to play on,” he said,

“So it meant a huge amount, it’s a very proud day on a spinning, slow wicket. We’re trying to push boundaries, become a better side, and today we’ll have learned a huge amount.”

England had earlier relied on outstanding work from their leading spinners, with Adil Rashid returning a career-best four for 35 and Moeen Ali unrelentingly frugal as his four overs went for just 19.

But there was another glimpse of Liam Livingstone’s soaring potential. He bowled three smart overs of mix-and-match spin and then hit his first ball for a monster six amid huge tension at the finale.

That he was out next ball did little to diminish the impact of the strike.

“He’s such a good player, he works hard and has got a lot smarter over the last few years,” said Roy.

“I’ve played with him at Perth Scorchers and knew what he was capable of. To see it first hand is absolutely incredible. You just go ‘fair play, you’re an absolute jet’.”