Jayant trying to express himself 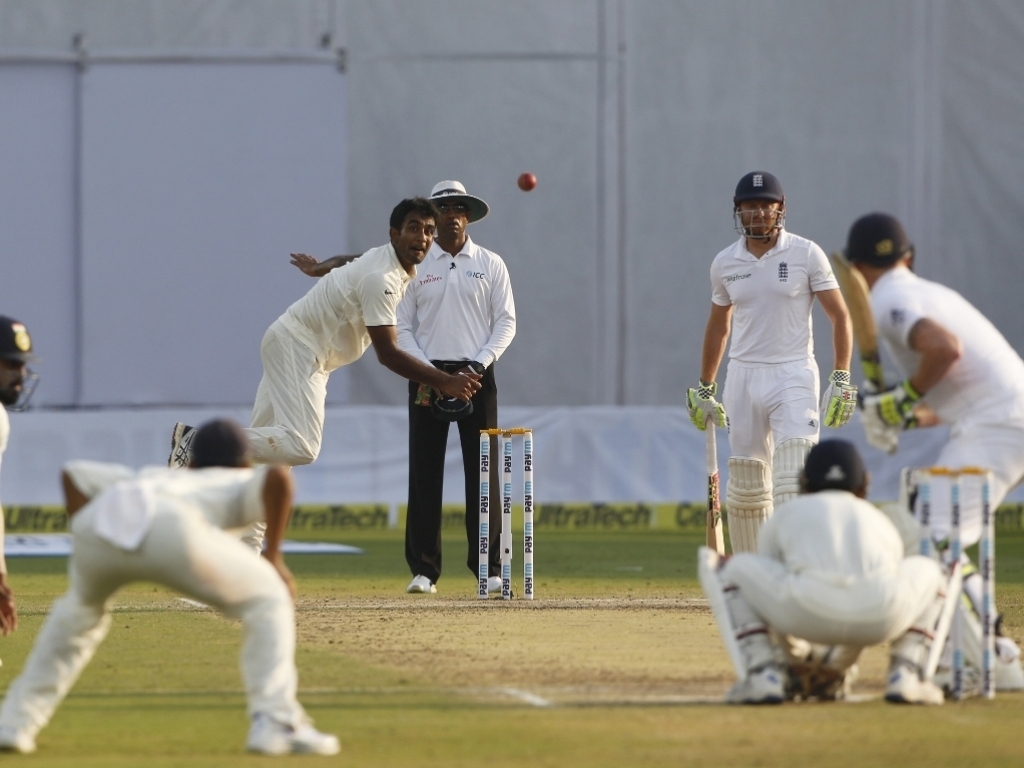 India Test debutant Jayant Yadav says that he has just been trying to express himself as best he can after an impressive showing against England in Vizag.

The young man is happy to take a backseat to his more experienced colleagues but is eager to contribute where he can.

The spinner hit a frustrating and morale sapping 35 to put on 64 in a vital partnership with allrounder Ravi Ashwin.

Jayant told Sky Sports 2: “Since I can remember, all I ever dreamed of is representing India in Test cricket.

“I think it is a very good stepping stone because there’s a vast increase from first-class cricket to ‘A’ cricket to Test cricket so it gives you the skills to how to handle the pressure in certain situations because the opposition has good qualities.

“I wasn’t doing much of the talking, Ashwin was doing the talking and he was just saying ‘Express yourself in the best way you can’ and that’s how I have been playing, nothing special really.”

Jayant took the wicket of Moeen Ali after a successful review and he credited skipper Virat Kohli with making the call to go upstairs.

The 26-year-old added when asked whether he made the call to review: “No, he (Kohli) did it all for me.

“We had the same view as to whether the ball was hitting the stumps or not so we took a chance.”

England reached 103 for five by the close of play still trailing India by 352 runs.