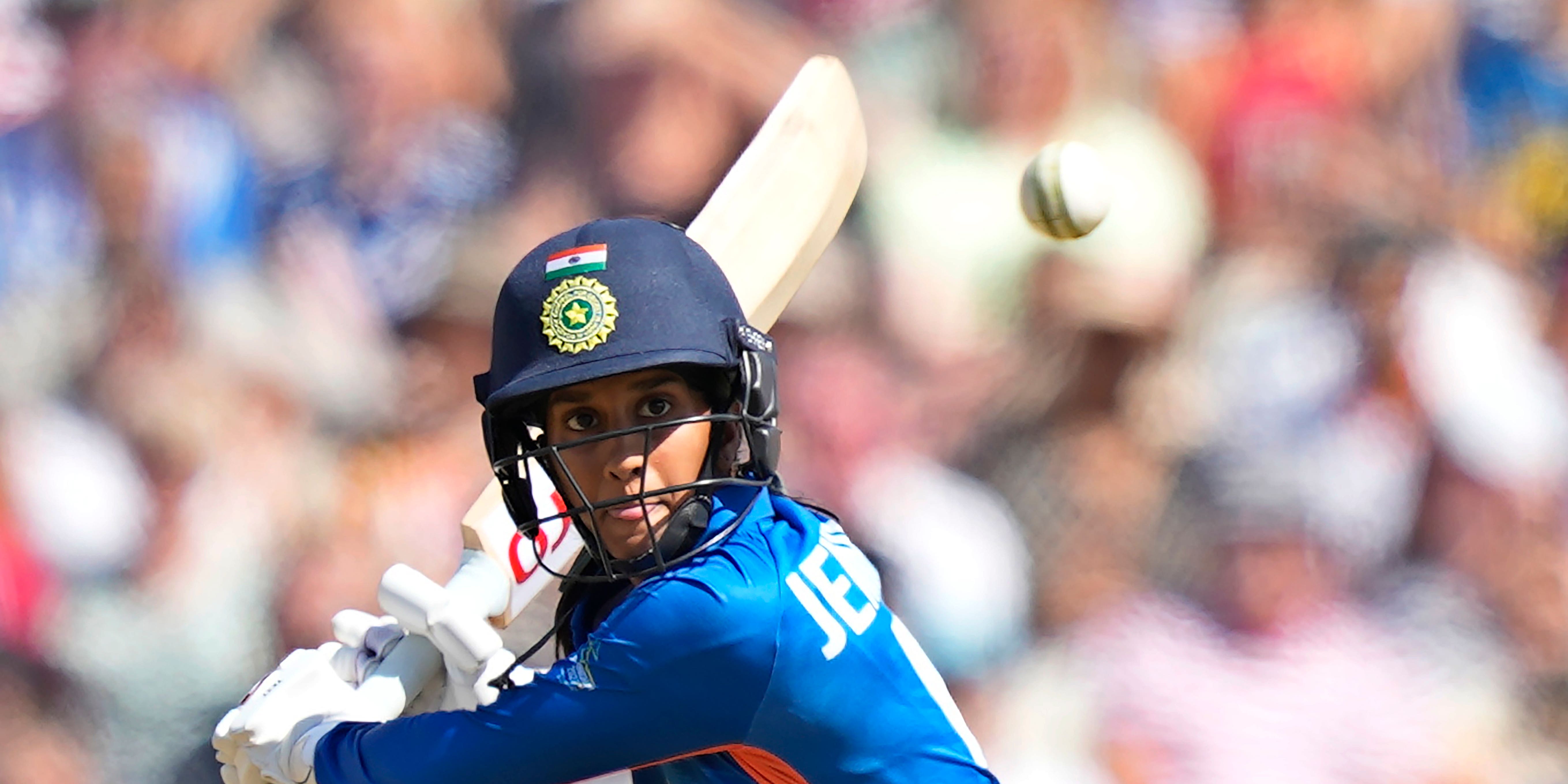 The expected launch of a women’s Indian Premier League in March will echo the enormous impact of the Hundred in England, believes Jemimah Rodrigues.

The 21-year old is back with the Northern Superchargers for a second season of the 100-ball competition, just over a week after sealing silver with India in women’s cricket’s Commonwealth Games debut.

While opinions are still strongly split over the men’s Hundred, the inaugural season was seen as a resounding success for its acceleration of the women’s game, momentum Rodrigues is keen to recreate back home.

“[The IPL] is looking like it’s going to happen for sure this time, and we’re really, really looking forward to it,” the batter told the PA news agency.

The first edition of the Hundred broke both viewing and attendance records for the domestic women’s game and forged a new audience. A February Women’s Sport Trust report revealed 25%, or 2.7 million viewers, who had watched England women or the women’s edition of the Hundred did not watch a single televised match of men’s cricket last year.

In March, Sourav Ganguly, president of the the Board of Control for Cricket in India (BCCI) told reporters: “It [the full-fledged women’s IPL] has to be approved by the AGM. We plan to start it by next year hopefully.”

Conversations surrounding potential women’s IPL launch have escalated this week, with multiple Indian media outlets suggesting plans for a March 2023 start were all but rubber-stamped.

Privately-funded women’s international cricket competition FairBreak Invitational, originally scheduled for March, ignited more speculation on Thursday when organisers announced a move to April to, read a statement, “better ensure the participation of players from across the world.”

Rodrigues believes she could have been dropped from her national team were it not for a standout first campaign with Superchargers, which saw her hit a competition-highest 92 not out and score 249 runs.

Growing up, the Mumbai native said “people were not open” to the idea of girls playing cricket, though her father always encouraged Rodrigues to ignore the naysayers.

Attitudes began to change, she believes, after India impressed in their World Cup final defeat to England in 2017 at Lord’s, one of the closest contests in the tournament’s history.

Next year marks the 50th anniversary of both the first Women’s World Cup and the founding of the Women’s Cricket Association of India. Rodrigues, meanwhile, was speaking the day after the 75th anniversary of Indian independence from British rule.

It’s a lot of history for a woman who will turn just 22 in a few weeks’ time. Her own developing role within her sport’s latest chapter, Rodrigues admits, is not something she often considers.

Still, she added: “I never, ever thought things would happen so fast, so soon for me, and also to be a part of this legacy.

“The women cricketers who played before me worked really hard.

“But we’re getting it, so it’s our responsibility to make sure we set the right example and leave a good legacy for the ones who are going to come after us. That is the ultimate goal.”

Rodrigues was speaking at a Superchargers event at Trinity Leeds as part of their partnership with Rola Wala.