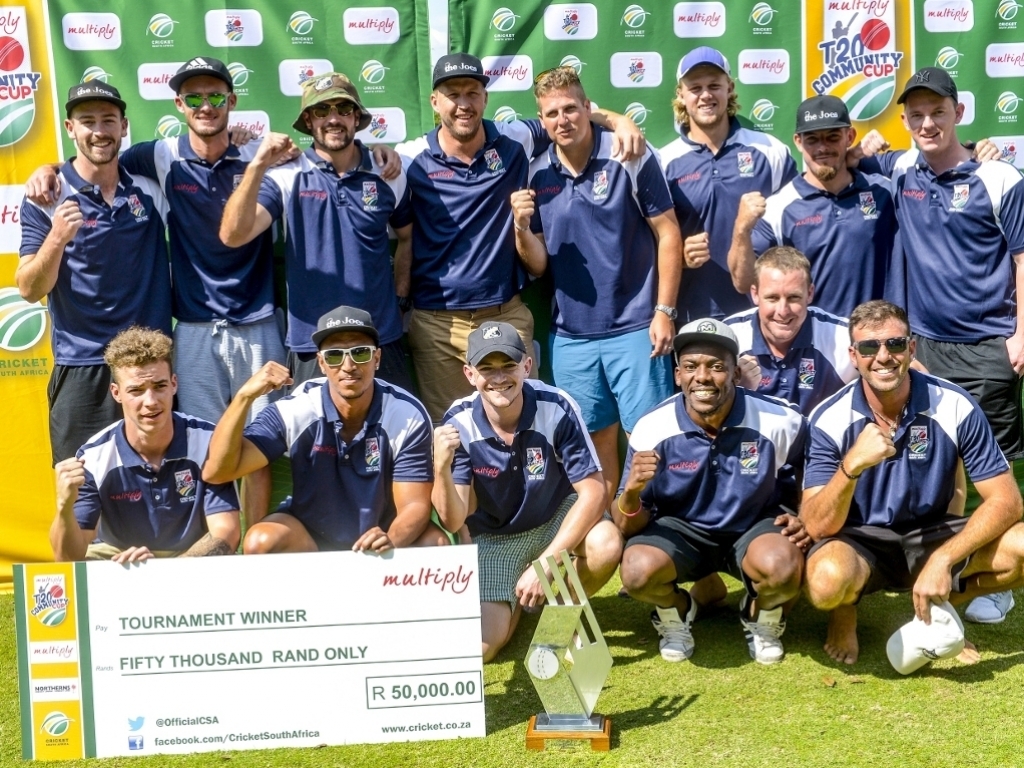 Jeppe Cricket Club galloped to a 56-run victory over Burma Lads CC, clinching the first edition of the T20 Community Cup at Sinovich Park on Sunday.

They take home a R50 000 cheque for their efforts.

The Highveld Lions representatives posted a competitive 154/8 after they were put in to bat first by the Knights reps. Wesley Sleep led the charge, scoring 62 runs, with Gareth Turner chipping in with 21. Jonothan Malan (2/23), Aubrey Swanepoel (2/23) and Aiden Brooker (2/41) took two wickets each to confine Jeppe to their decent total.

The difference between the sides was highlighted when Burma Lads were bowled out for 98 (18.1 overs) after an unrelenting display by the new champions. Captain, Gareth Oliver led from the front, taking a superb 4/13 in his four overs, while Matthew Smit (2/7) and Nicholas Smit (2/21) returned two wickets each.

The batsmen could not find an answer for the persistent bowlers. Swanepoel and Brooker were the only two who succeeded in getting a start, but were restricted to 29 and 25 not out respectively as Jeppe tore their way through the line-up to a satisfactory victory in the end.

At Tshwane University of Technology (TUT), Riaan Minnie smashed an unbeaten 87 runs, securing victory by eight wickets for runners up, the Crusaders in their fixture against Bohemians CC.

The latter won the toss and elected to bat first, ending their innings on 121/6. Camagu Mbangi and Jason Niemand top scored with a respective 22 and 21 runs.

Minnie’s undefeated knock set up the Durban side’s victory, seeing them reach their target in 15.3 overs.

Finally, at Groenkloof Oval, Brackenfell ended the competition on a positive note, securing a second win in their clash against Kempton Park.

The Cape Cobras representatives posted a solid 162/4 at the end of their 20 thanks to skipper, Wiaan Smit who returned not out for 69.

Zakhele Qwaba was the stand-out bowler of the match, taking 4/37 to have Kempton Park dismissed for 93 in their reply.