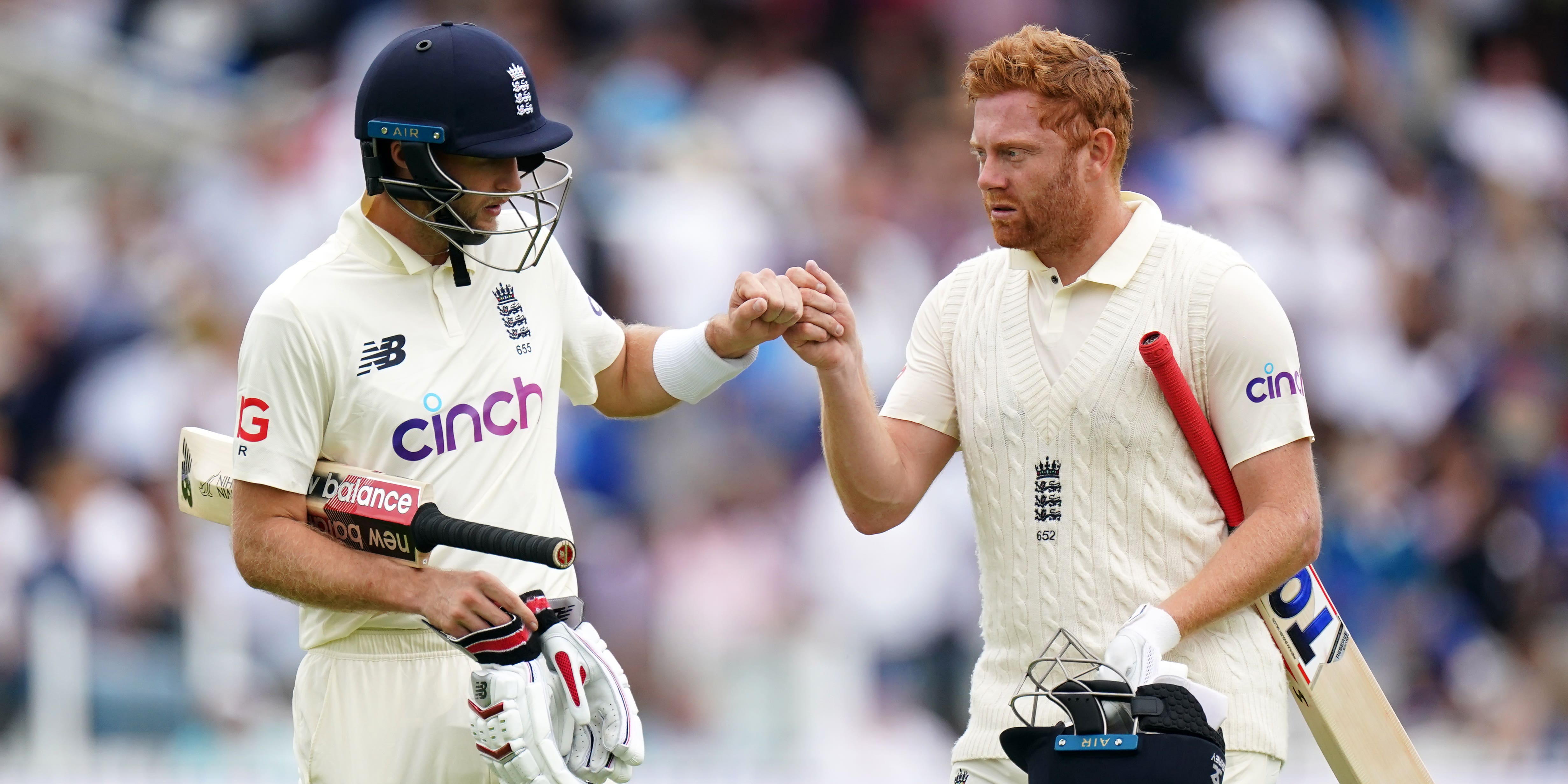 Joe Root and Jonny Bairstow consigned India to a wicketless third morning at Lord’s as England continued to turn the tables in the second LV= Insurance Test.

At lunch England were set fair on 216 for three, with captain Root 89 not out and chasing down his second century of the series and a fifth of the year. His fellow Yorkshireman was also offering some much-needed support with 51 not out.

Bairstow last made a half-century two years and 20 innings ago, but he looked focused and secure as he took his opportunity to share the scoring burden that Root has so often shouldered alone in recent times.

The pair added 97 runs without so much as a chance and England were able to harbour real hopes of surpassing India’s 364 all out, eyeing a first-innings lead that looked fanciful when the tourists reached 276 for three on day one.

England began on 119 for three, with Root unbeaten overnight on 48. He was quick to make that a half-century, forcing Mohammed Siraj to the point boundary in the second over. He acknowledged the crowd’s applause momentarily, but for England to be competitive he knew this would have to be just a start.

Bairstow had a helping hand at the start of his knock, picking up four from a misfield and another from a thick edge, but he was soon imposing himself.

He picked up back-to-back boundaries off Mohammed Shami and leaned on a handsome straight drive off Siraj. Bairstow was pulling more than his fair share as the partnership ticked past 50, with both men refusing to allow the bowlers to settle outside off stump. Instead, there was a regular stream of singles to third man.

England continued chipping away at the deficit, helped along by two separate sets of four byes, and Bairstow even brought out an over-the-shoulder sweep off Ravindra Jadeja as he reeled in a long-awaited fifty.

Jasprit Bumrah and Ishant Sharma tightened things up and beat the bat on a couple of occasions but neither batsman coughed up a chance as they plotted a course for the interval.

India, meanwhile, had cause to complain to the umpires after a number of champagne corks made their way on to the field of play leaving the deep fielder KL Rahul less than impressed.