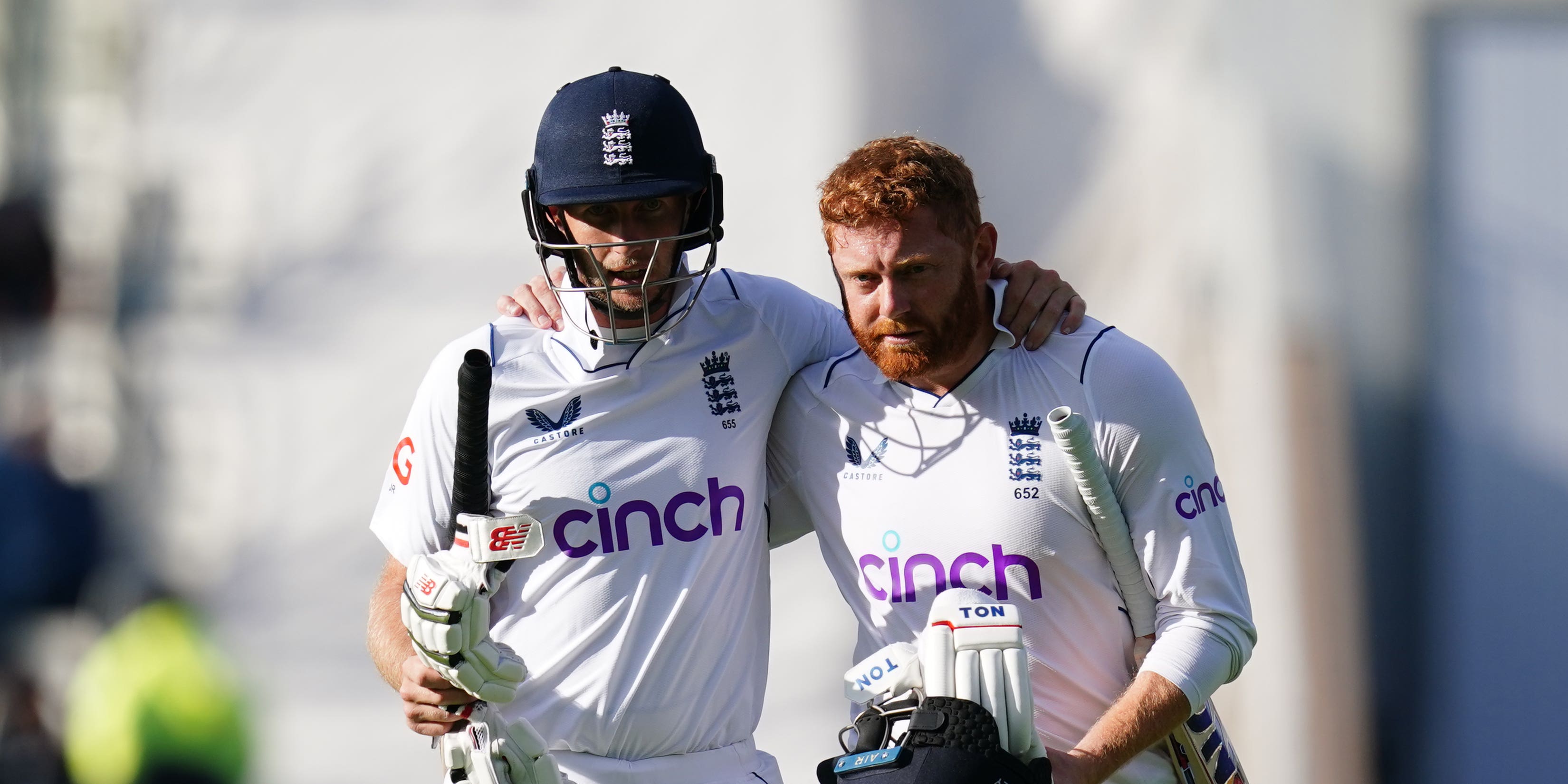 Joe Root and Jonny Bairstow were daring to dream about a record chase of 378 against India after they set up another grandstand finish in their Test series decider against India.

No England side has ever hunted down more than 359 – Ben Stokes’ Ashes miracle at Headingley three years ago – but the new spirit of adventure which has engulfed the team this summer looks set to raise the bar at Edgbaston.

An intrepid century stand between openers Alex Lees and Zak Crawley carved a huge chunk of the target, before Root (76 not out) and Bairstow (72no) continued their magnificent form to leave the hosts 259 for three at the end of day four.

With 119 needed and belief implausibly high after knocking off 277, 299 and 296 against New Zealand in the last month, England go into the final day as comfortable favourites to take a fresh slice of history and square the ledger at 2-2.

A full house of more than 23,000 will be in attendance to watch the latest unlikely victory charge of the Stokes-Brendon McCullum era after Warwickshire followed the example of Nottinghamshire and Yorkshire by offering free entry for the final day.

Root and Bairstow are both in superb touch, with five centuries between them in the past five weeks, but their unbroken stand of 150 required nerves of steel. They had come together with 109 on the board and with India swarming after taking out the top three for two runs either side of tea.

India captain Jasprit Bumrah had ripped out Crawley and Ollie Pope to get his side’s adrenaline pumping, before Lees was run out following a miscommunication with Root.

From there, the Yorkshire duo reshaped the entire tone with a masterful display of shot selection and hard running – first rebuilding, then controlling and finally approaching complete dominance as the bowlers became weary late in the day.

While England’s fearless approach to batting continues to astound, they would have been staring at an even bigger challenge had it not been for an excellent effort with ball in hand. India held all the cards on 125 for three at the start of play, but lost their remaining seven wickets for 120.