Joe Root celebrates a century of Tests in Chennai 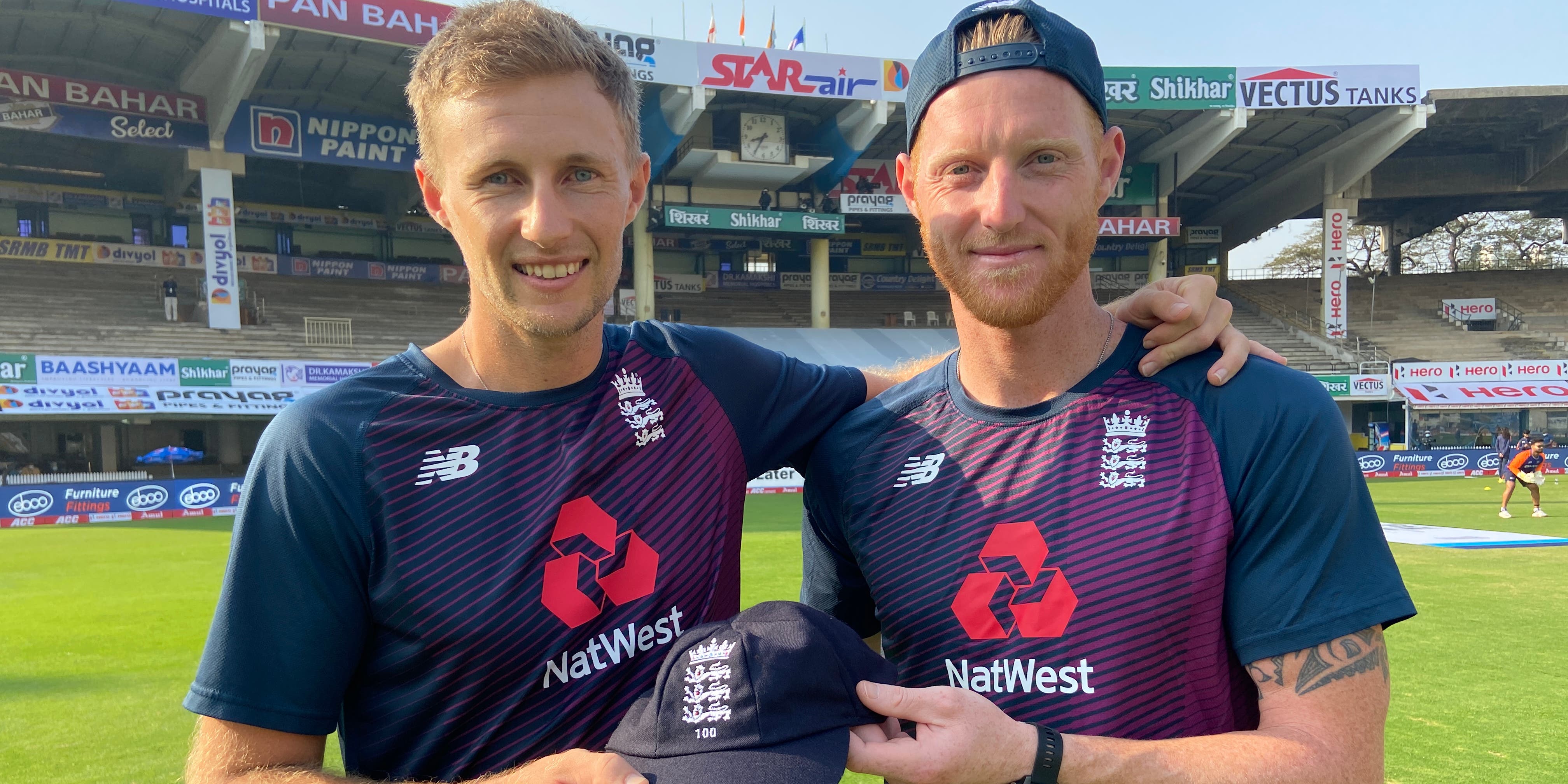 England captain Joe Root celebrated his 100th Test appearance on the opening day of the first Test against India, with the tourists making four changes and batting first in Chennai.

Root has now become just the 15th Englishman to reach the landmark and was awarded his milestone cap by his deputy Ben Stokes in a pre-match huddle.

He returned to the middle soon after for the toss, winning and eagerly opting to make first use of what both skippers felt would be the best run-scoring conditions.

England brought Stokes, Rory Burns, Jofra Archer and Ollie Pope in to the side which played the previous Test in Sri Lanka, but resisted two further alterations.

That meant Dom Bess held his spot as first-choice off-spinner over Moeen Ali and James Anderson held off Stuart Broad in the seam attack.

India included left-arm spinner Shahbaz Nadeem in their side after he was called up as a late replacement for the injured Axar Patel, with Jasprit Bumrah making his first appearance at home.