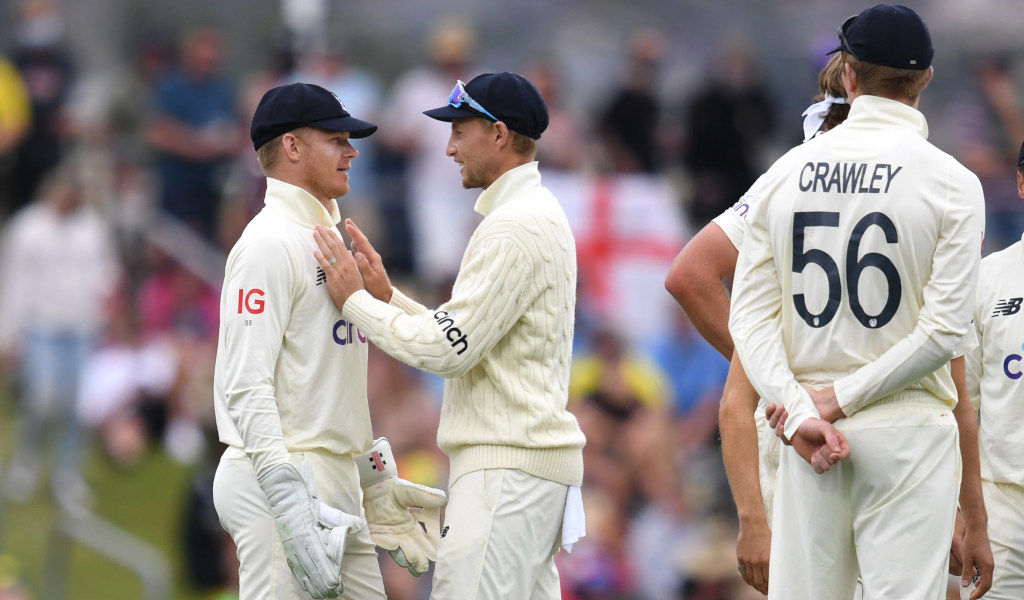 Joe Root cut a hollow figure after England’s Ashes humiliation in Hobart but insisted he was desperate to stay on as captain and begin the work of rebuilding from the wreckage.

Root has never given any indication that he was ready to pass on the baton – and nobody else has offered any hint that they are ready or able to take it on – but the manner of England’s fifth Test placed his future squarely on the agenda.

England took a presentable chance to leave Australia with a consolation victory and torched it with a rapid-fire sequence of self-inflicted wounds.

Set a fourth-innings chase of 271 with half of the game stretching out in front of them, they went from 68 without loss to 124 all out in the space of 22.4 overs.

After defeat by 146 runs on day three and a 4-0 scoreline that could easily have turned into a whitewash were it not for rain in Sydney, Root knew his position would be up for debate and began making his case.

“I am slightly emotional and that’s not a decision that is just on my shoulders. But I would love the opportunity to turn things around,” he said.

“If that decision is taken out of my hands, then so be it but I would love to carry on. With the performances that have been unfolding it’s more a question of ‘does the team need a slightly different direction and a new voice?’, but I honestly think I’m the right person to take this team forward and I really hope I get that opportunity.

“I feel like I’ve got the support of the players and others around me, so we’ll see what unfolds in the coming weeks. I wouldn’t say my voice isn’t being heard.

“Guys will look in the mirror and think they could give a better account of themselves. We’ve let ourselves down. Naturally, off the back of a disappointing series like this, there’s going to be questions asked and generally there is a fall guy. We will see what happens.”

As it stands, it seems likelier than not that Root will be leading the team out again in a three-match series against the West Indies in March.

Whether the appetite for change consumes head coach Chris Silverwood is less clear, but Root reiterated his support and claimed the cause of this defeat lay deeper in the domestic game.

Flaws in county cricket are a well-worn conversation piece but it was still striking to hear someone in Root’s position take aim and fire on the system in such clear terms.

England have long felt the players graduating into the international system are ill-prepared for the rigours of the Test arena and Root is bruised enough to make those concerns explicit.

“There are a number of changes that we could make immediately, but there are underlying things that we need to change and I don’t think that necessarily getting rid of the coach is the way to go,” he said.

“I’m not going to make excuses for a performance like that, because that’s not good enough for Test cricket. But what I will say is that anyone coming into this Test team at the minute is doing it in spite of county cricket, not because of county cricket.

“You look at some of the young batters – when have they had the opportunity to go out with 450, 500 on the board and deal with scoreboard pressure? You don’t practice it in county cricket, the only time they’re exposed to it is in this environment.

“When have they had to go out to save a match against a turning ball in spinning conditions? They’ve never been exposed to it and yet we’re expected to go to the subcontinent and win games against the best spinners in the world.

“We’re expected to come here and deal with pace and bounce when we might face one guy who bowls over 90mph in a season. It’s a big thing for young guys to do without any experience or any exposure to it.”

Root offered up the beginnings of a blueprint – suggesting truer pitches, more first-class fixtures at the height of summer, experimenting with the Kookaburra ball in England and upping bonus points for big totals – and indicated that he would keep pushing for change with the decision-makers at Lord’s.

For his own part, he has chosen not to enter the Indian Premier League auction – foregoing the possibility of a lucrative T20 deal at the biggest franchise tournament in the world to focus on England’s red-ball rebuild.

“I haven’t (put my name forward), I think that there’s a lot that we need to do for this team, which deserves all of my energy,” he said.

“I’ll keep sacrificing as much as I can because I care so much about Test cricket in our country. You look at the support we get and how many fans back home must be hurting about this tour, and it hurts me because we’re representing them.

“The love for the game of Test cricket in our country is so strong and we have to find a way of providing better performances.”