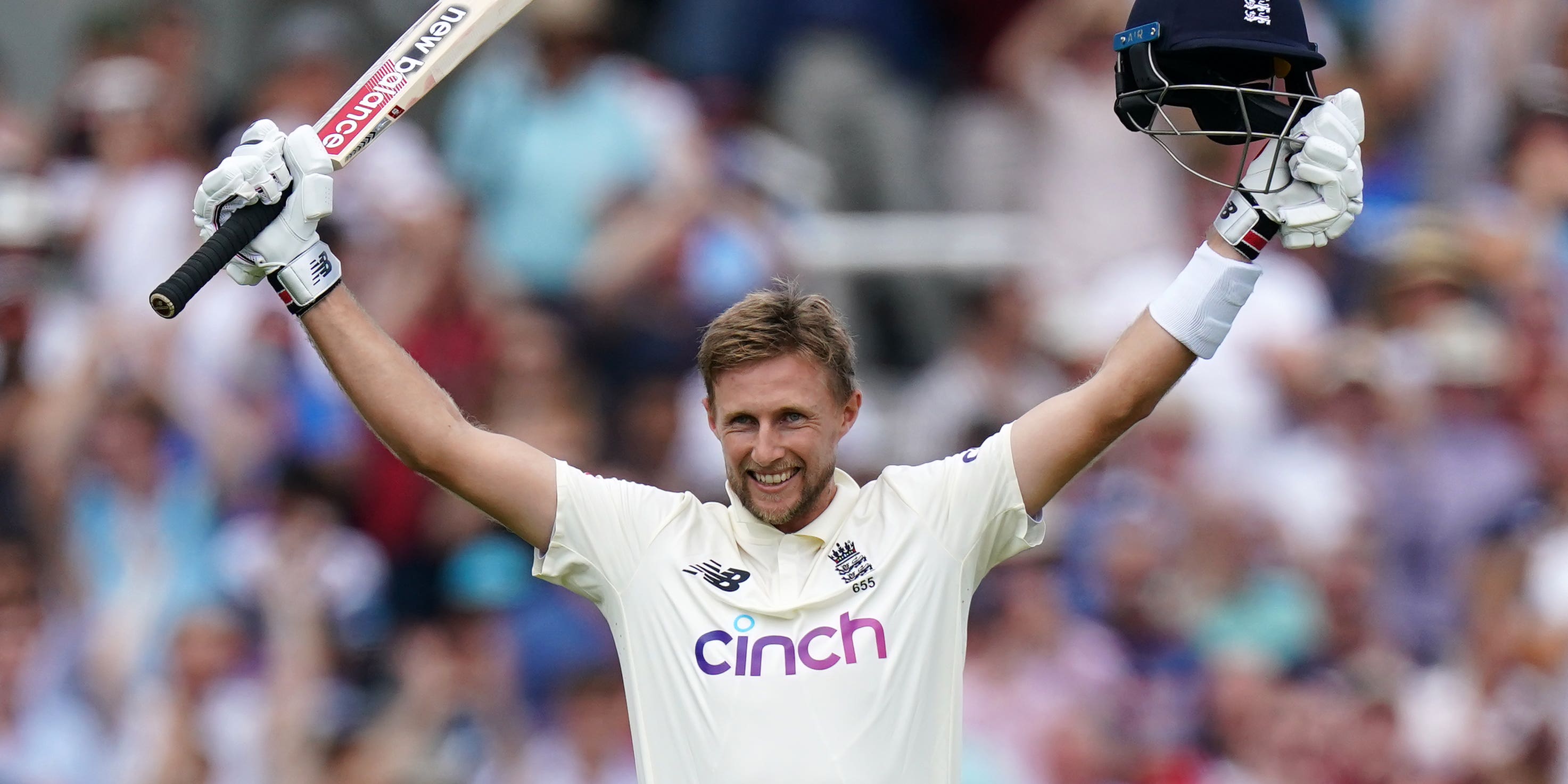 England captain Joe Root reeled off his fifth Test century of the year as he once again carried his side’s batting hopes against India at Lord’s.

After his match-saving hundred at Trent Bridge last week, Root went big again at the home of cricket as he reached 132 not out on day three of the second LV= Insurance Test.

At tea the latest instalment of his prolific 2021 had carried England to 314 for five – just short of India’s first-innings score and firmly back in the fight.

Since turning 30 in December Root has been in revelatory form, with knocks of 228 and 186 in Sri Lanka, 218 against India in Chennai and 109 under pressure in Nottingham.

Resuming here on 48 he joined fellow Yorkshireman Jonny Bairstow in a wicketless morning session, with the pair adding 97 runs without a single chance offered.

Bairstow was bounced out by Mohammed Siraj for 57 in the afternoon but Root ploughed on as he continued his single-handed mission to drag English batting to a higher plane.

Among Englishmen only Denis Compton and Michael Vaughan have scored more hundreds in a calendar year and with three more Tests remaining this summer, he could join them on six sooner rather than later.

Root took just seven deliveries at the start of play to convert his overnight score into a half-century, forcing Siraj to the point boundary to give the Saturday crowd the first of many chances to chant his name.

Bairstow, who started with six to his name, had a helping hand to get him up and running with four from a misfield and another thanks to a thick edge. He was soon scoring in more authoritative manner, collecting consecutive boundaries off Mohammed Shami and leaning on a handsome straight drive off Siraj.

Neither batsman allowed India to settle into a groove outside off, with a reliable stream of runs in the arc around third man. Bairstow brought out an over-the-shoulder sweep off Ravindra Jadeja as he followed Root to fifty, his first in two years or 20 Test innings, with Root reaching lunch on 89no.

India used Siraj as a battering ram at the start of the afternoon, with Root coping calmly with a diet of short stuff while Bairstow succumbed. After ducking into one and wearing a blow on the shoulder he swivelled into a hook, gloving the ball gently to slip.

The second new ball was available moments later but even that could not halt Root, who moved to 99 with a hard-run three, then dropped Jasprit Bumrah into the off-side to dash through for a single.

A familiar celebration unfolded and he was soon chalking up another landmark, with Ishant’s stiff footwork giving him the boundary that took him past 9,000 Test runs. Jos Buttler joined the skipper in a useful stand of 54, but he was never quite assured and it was no real surprise when Ishant located a gap between bat and pad to bowl him for 23.

With Root manipulating the bowling at will, Moeen Ali found the ropes four times before tea hurrying the scoreboard past 300 before the interval.