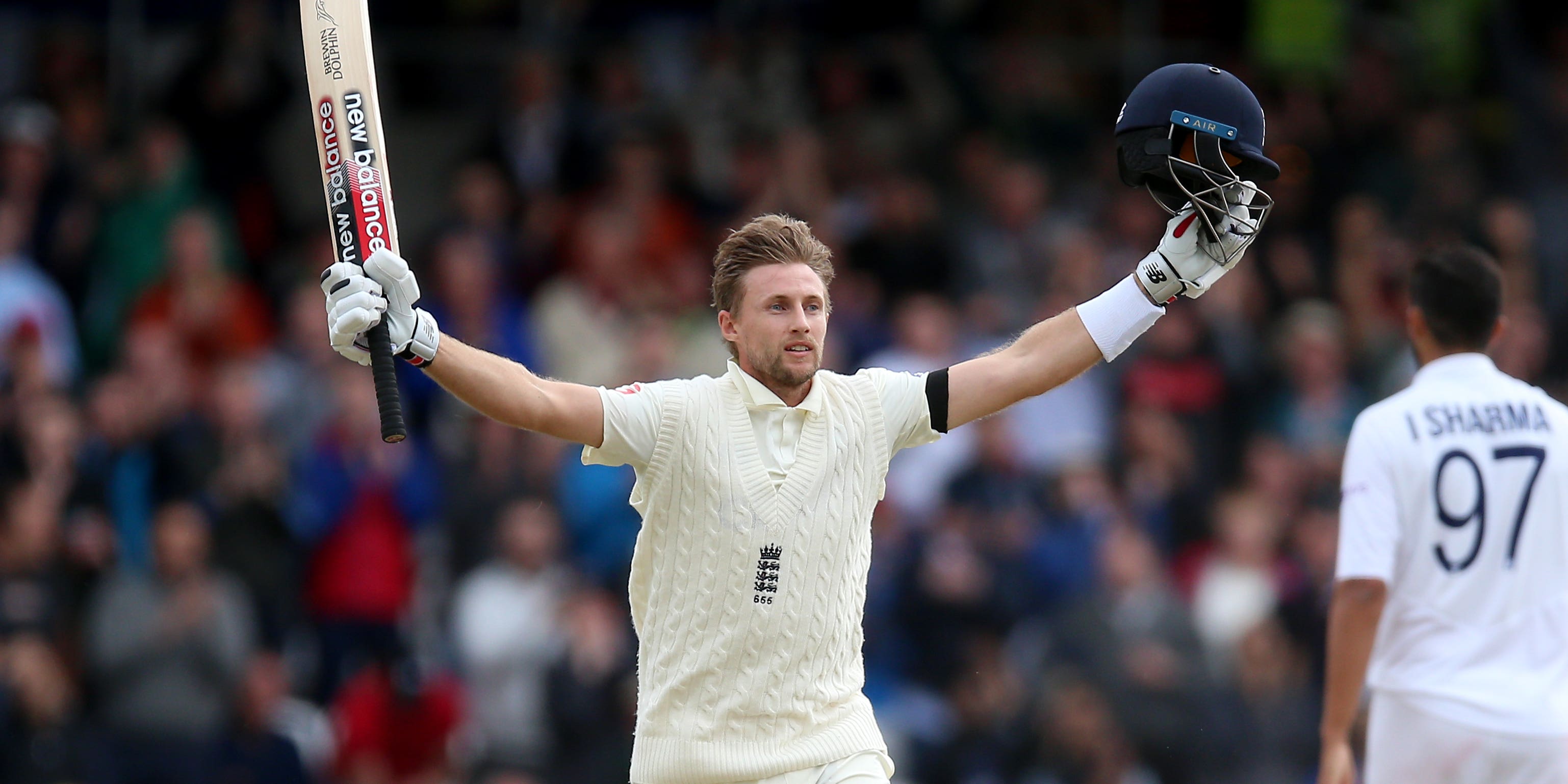 Joe Root continued his irresistible run of form with a record-equalling sixth century of the year as England roared into an untouchable position on day two of the third LV= Insurance Test against India.

The captain matched the feats of Denis Compton in 1947 and Michael Vaughan in 2002 as he made it six of the very best in front of his home crowd at Headingley, reeling off a high-class 121 to help open up a colossal 345-run lead.

By stumps England were 423 for eight, with the recalled Dawid Malan offering an accomplished 70 in his first Test innings after three years on the shelf.

Root has long been seen as the standard bearer for a generation of English batsmen but has ascended to a whole new level in 2021, scoring 1,398 in 11 Tests at a staggering average of 69.90. He now has 23 Test centuries in all, topped and tailed by homecoming hundreds in front of his Yorkshire faithful.

England arrived at the ground hot on the heels of a near perfect first day, during which they dismissed the tourists for 78 after losing the toss and reached stumps on 120 without loss. Only a remarkable turnaround could have dragged India back into contention, but the presence of Root in his new unstoppable incarnation meant that was never going to happen.

Since the start of the series he has already scored 109 in a draw at Trent Bridge, 180 not out in defeat at Lord’s and now he will surely complete the set, with England enormous favourites to square the ledger at 1-1.

Rory Burns and Haseeb Hameed both boasted smooth, unbeaten half-centuries overnight but were unable to kick on in the morning’s play. Burns, on his 31st birthday, dragged Mohammed Shami into his stumps for 61 and Hameed eked out eight runs in 65 deliveries before his watertight forward defence was rumbled by a beauty from spinner Ravindra Jadeja.

With 135 on the board, it was a low-stress situation for Malan’s arrival but it was still a big moment; second chances at the age of 33 do not come along often. Last seen in England whites in 2018 and having lived almost exclusively on a diet of white-ball cricket in recent times, his first four scoring shots were all boundaries as he taught Shami and Mohammed Siraj all about his strength through the covers and on the cut.

Root sparked before lunch with a pair of early fours that lifted the lead into three figures and never looked back. The afternoon session was a walkover as the third-wicket pair put hard yards into the bowling attack and feasted ruthlessly on the results, piling on a stand of 139.

Jadeja could not repeat his magic delivery to Hameed, going too full or too short as Root’s dextrous ability to milk spin left him no margin for error. When he coughed up a long-hop at Malan, he thrashed it to the perimeter.

Already 148 behind, India were desperate for the new ball to improve their fortunes but instead blanched as it brought out the best in their opponents. Malan crunched the fresh Dukes all the way to the cover boundary as Jasprit Bumrah missed his length and Root leapt an inch or two off his feet to force Shami past point.

Root’s relentless ability to turn decent balls into cheap runs kept uncovering gaps that India could not plug. For almost two hours India had nothing to show for their toil other than a rising run-rate, but Malan fell to the final ball before tea, tickling Siraj down leg. He left having partially cemented his spot.

Root still had work to do though, making 80 by the interval then getting back to business. He moved to three figures in 124 balls with a balanced on-drive for four off the creaking Ishant Sharma, haring through the crease in a now familiar celebration. Moments later he was being lifted into the air via a bearhug from Jonny Bairstow and, just as they had done for his maiden ton in 2013, the whole of Headingley rose in acclaim.

India rallied gamely despite the vertiginous odds at 350 for three, taking four for 33. Bairstow (29) edged Shami, Jos Buttler picked out short midwicket and Moeen Ali holed out against Jadeja. Root finally gave in after a lengthy bout of treatment for cramp, with Bumrah finally summoning a seaming delivery worthy of breaching his defences.

Sam Curran (15) and Craig Overton (24no) added a few late blows before a weary India finally retreated for the pavilion.