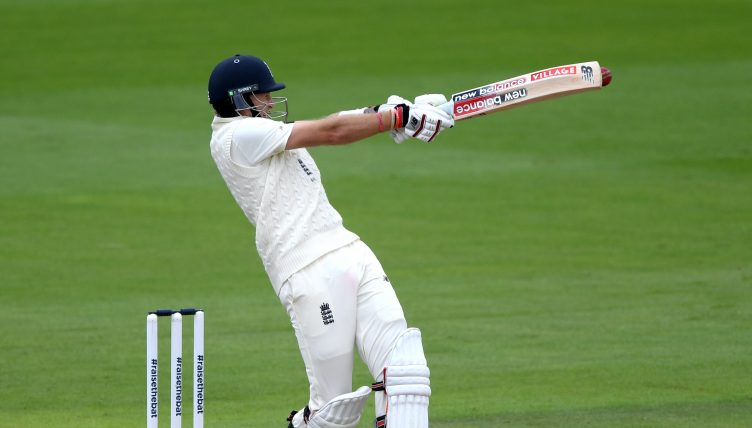 The England Test captain struck two sixes and seven fours in Yorkshire’s 220 for five, before pilfering two wickets for himself.

Yorkshire ended a run of six-straight North Group defeats to Derbyshire, with the visitors’ top-order shortcomings proving pivotal in slipping to 20 for four by the fifth over before limping to 121 for nine.

Matt Fisher’s three for 21 and Root’s two for seven helped Yorkshire complete a victory built on the England skipper’s half-century – and a fine 61 from Adam Lyth.

Ben Foakes could not drive Surrey past Essex despite striking 44 from 37 balls, as a close encounter ended in a tie at The Oval.

Ryan Ten Doeschate notched 35 from 32 balls in Essex’s 143 for six, leaving the door open for Surrey to sweep to victory.

But the hosts could not oblige, limping to 143 for eight from their full allocation, leaving the match in a draw.

Jamie Smith mustered 30 from 28 balls, but Cameron Delport’s two for 22 and Matthew Quinn’s two for 26 helped Essex stymie the hosts.

Chris Cook’s 72 from 56 balls proved the biggest knock on show, but Glamorgan were unable to back up their skipper, with only Dan Douthwaite also reaching double figures with 15.

Tim Bresnan’s three for 33 and Olly Stone’s two for 26 heavily restricted the home side, as the Bears sealed their first win in this year’s tournament.

Adam Rossington shook off a hand injury to score a vital 51 from 31 balls as Northamptonshire sealed a nine-run win over Somerset at Wantage Road.

Wicketkeeper Rossington was grimacing frequently after suffering a blow to the right hand and receiving treatment on the field, but he dug in as Northants notched 171 for six.

Roelof Van Der Merwe blasted an unbeaten 41 from 25 balls late in Somerset’s reply, but only James Hildreth with 34 and George Bartlett with 24 could offer anything close by comparison.

Ben Sanderson’s three for 36 and Graeme White’s two for 24 did the trick for the victors in the field.

Wright and Phil Salt looked to have set Sussex en route to victory with an 89-run opening stand, chasing Hampshire’s 176 for five.

David Wiese’s unbeaten 43 from 31 balls guided Sussex home after a wobble however, with Salt having earlier mustered 27 himself.

Tom Alsop had set Hampshire off to a strong start with 51 from 44 balls, but no one else in the top order could fire.

James Fuller’s unbeaten 53, and 36 not out from Ian Holland glossed Hampshire’s figures, but still to no avail.

Danny Briggs’ three for 17 proved the highlight in the field for Sussex.