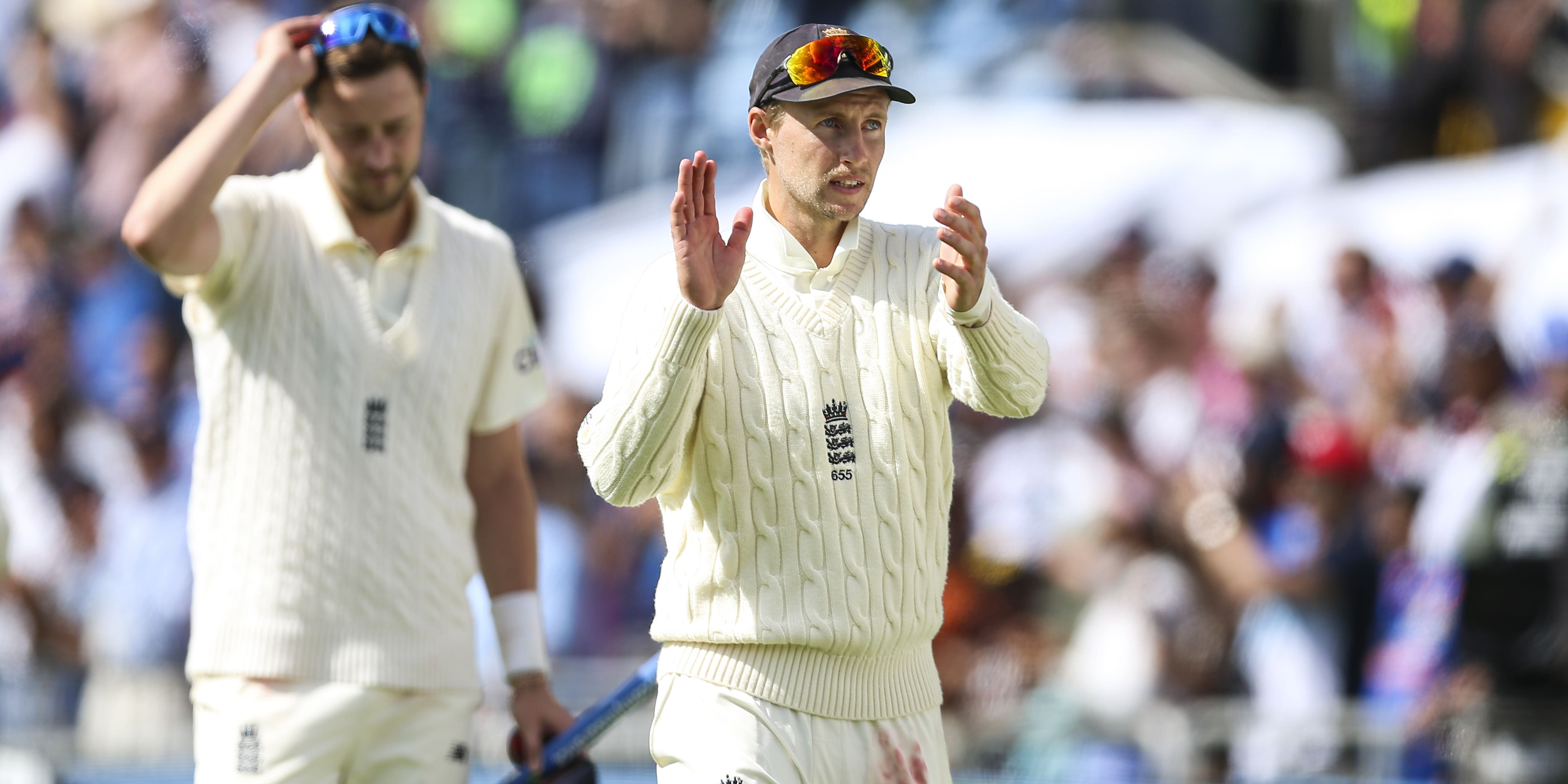 England captain Joe Root was beaming with pride after overtaking Michael Vaughan’s record for Test wins with a dismantling of India and promised there is plenty more to come.

Root led his country to victory for the 27th time in 55 games in charge, moving one ahead of his fellow Yorkshireman to sit top of the pile with a crushing innings-and-76-run win at Headingley.

England arrived at Headingley winless in their last seven outings, 1-0 down in the LV= Insurance Series after a bruising defeat at Lord’s and with a host of first-choice players unavailable,

What unfolded was a superb team performance, with the bowlers setting things up on day one by bowling out India for 78 and Root’s sixth century of the year steering his side to 432 in response.

A partial India fightback on Friday threatened to make a game of it but England were ruthless on the fourth morning, Ollie Robinson claiming a high-class five-for as eight wickets tumbled for 63 runs.

“As I mentioned before the game, I’m living my boyhood dream captaining England,” said Root.

“I couldn’t be more proud to have gone past Michael but you don’t do that on your own as a captain, it’s down to the group of players and the coaching staff as well.

“You’re the one making the decisions but they are the ones going out, time and time again putting in performances. I’m really proud of the way they have done that this week.

“I’m sat here now at 1-1 with a big, smiley dressing-room and two big games ahead of us.”

Things have not always been so serene in recent times, with the pressures of bubble life placing real strains on the squad during the pandemic, not to mention a litany of fitness problems among his pace attack and the ongoing absence of his friend and right-hand man Ben Stokes through mental health concerns.

Further stresses are expected, with several senior players harbouring concerns about the viability of thsi winter’s Ashes tour, but Root gave every indication that he is in the job for the long haul.

He is five Tests away from overtaking his predecessor Sir Alastair Cook as England’s longest-serving skipper and could go well past that mark.

“It’s been a very challenging period throughout my tenure as captain, there has been a lot to contend with, a lot around the games, and not necessarily all the full focus has been on the field,” he said.

“But that’s part and parcel of the job. I haven’t put a time limit on it. As long as I am enjoying it, as long as we feel like we are moving in the right direction and that I am the right man for it in my own mind, I am more than happy to keep doing it.”

Root shared the stage with Robinson, who was named player of the match for his efforts with the ball. The 27-year-old has taken to Test cricket like a duck to water and was impeccable as he put together figures of two for 16 and five for 65.

With the game up for grabs on Saturday, he roared in and got the best of Cheteshwar Pujara, Virat Kohli, Rishabh Pant and Ishant Sharma in a single, destructive spell from the Kirkstall Lane End.

Robinson was sacked by Yorkshire early in his career for breaches of club discipline and his journey appeared to come full circle as his former home ground hailed his heroics.

“It feels like a very special day. I don’t quite feel like it’s settled in yet but, for me, it’s one of the great days in my cricket career,” he said.

“It was an amazing feeling, the crowd here were unbelievable. The noise when we got Kohli out was deafening, it was just an unbelievable experience and feeling to get that wicket.

“It’s come off the back of quite a few hard, hard years. I’ve had to work hard to get here and do a lot of extra to get here, so to get the rewards in the last four Test matches has been very pleasing.”

The series moves on to the Kia Oval next week, with England set for a selection meeting where they hope to determine Jos Buttler’s availability, with the vice-captain awaiting the birth of his second child, and the fitness of seamer Mark Wood.