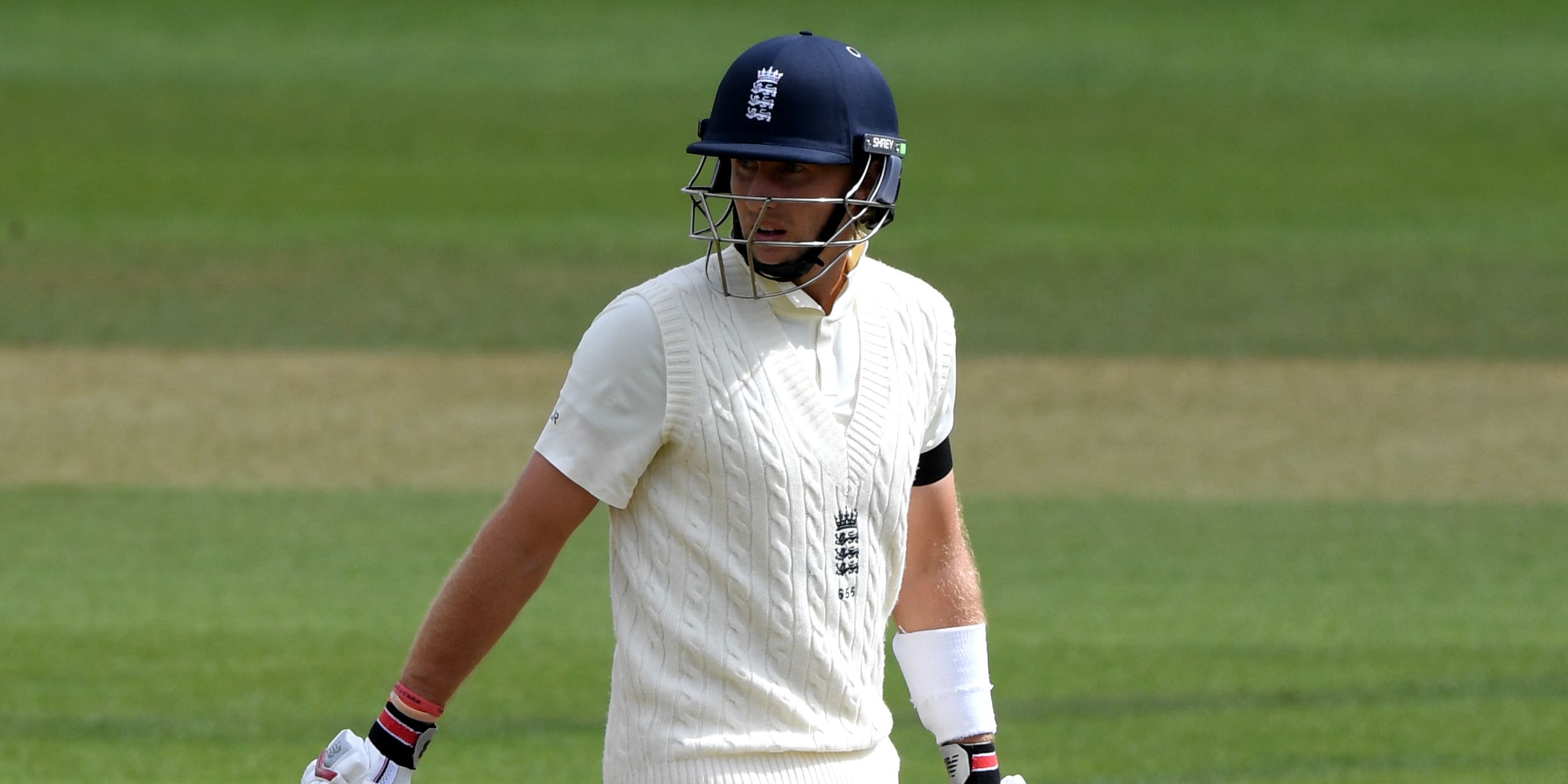 Joe Root produced another masterpiece of sub-continental batting with a wonderful century that carried the England cause almost single-handedly in the second Test at Galle.

Root might have been brought up in Sheffield but he has never looked more at home than in Sri Lanka, where he followed his relentless 228 in the series opener with a knock of 186 from same elite level.

The England captain had never before hit hundreds in back-to-back matches but there was an air of inevitability about his 19th Test ton, with his team endlessly grateful for his stocks of class and concentration across 309 balls.

There was a physical price to pay in the sapping heat, with the 30-year-old visibly suffering from fatigue, cramp and a late back spasm. It was tiredness which eventually cost him in the final over of the day, run out from short-leg as his stiff legs struggled to make the turn before Oshada Fernando threw down the stumps.

That left England 339 for nine, still 42 behind, heading into the fourth morning. Without Root the tourists would surely have been staring at a vast deficit and the likelihood of certain defeat at some point in the next 48 hours. That may still happen, but Root’s outright brilliance restored the balance of the contest and his presence in the fourth innings cannot be overlooked.

Resuming on 67 overnight, he added another 119, sweeping and reverse sweeping with impunity and also adding a new eye-catching trick to his repertoire. At one point in the morning session he channelled his inner Kevin Pietersen, flipping his hands and stance to attempt the lesser spotted ‘switch hit’. The ball pinged out of the middle of the bat and raced to the ropes and gave him enough confidence to repeat the trick twice more.

Pietersen was one of three star names Root surpassed to go fourth on England’s all-time run-scorer list over the past two days, joining Sir Geoffrey Boycott and David Gower.

On another day Lasith Embuldeniya would already be a match-winner. With both openers already in his back pocket on Saturday evening, he added the scalps of Jonny Bairstow, Dan Lawrence, Sam Curran, Dom Bess and Mark Wood to claim seven for 132.

The day began with Bairstow being undone by Embuldeniya. He was copping plenty of chatter from wicketkeeper Niroshan Dickwella – who told him he had been dropped, not rested, for next month’s India tour – and nicked to slip via his front pad.

Root immediately began accumulating again, rocking on his heels to pull Embuldeniya for four and getting stuck into his trusted arsenal of sweeps. Even so his first switch hit came as a surprise, leaping into the guise of a left-hander and dragging the ball powerfully to the ropes. By now the home attack knew almost nowhere was safe to bowl.

Things were less straight forward for Lawrence, nicking Embuldeniya for three having already survived a stumping chance. Root brought up his hundred off 139 balls – 24 quicker than his first hundred last time out – and joined another Yorkshire great, Sir Len Hutton, on 19 Test tons.

Jos Buttler started positively, with one statement drive through mid-off and a couple of neat reverse sweeps. Root was showing clear signs of weariness in the middle session, during which he added just 32 as his energy waned.

Buttler assumed the attacking role as Root drew breath, but finally fell to the stroke that had brought him plenty of joy previously, diverting the ball into his front foot and up into the hands of Oshada.

Curran managed one act of defiance with a six down the ground but was not comfortable and nicked Embuldeniya to slip in the last over before tea attempting to kill the spin.

Root’s march from 100 to 150 took him 118 deliveries but he has made that conversion on eight prior occasions and knows the terrain. At one stage he even reversed his hands then poked an improvised cut into space after the ball spat.

When he finally offered up a chance he had 172, nicking a flatter one from Embuldeniya to slip, but Lahiru Thirimanne caused dismay by failing to get a clean hand on the catch.

Bess did an admirable job at number eight, lasting 95 balls for 32 as Root churned away in a stand of 81, before he and Wood both joined Embuldeniya’s growing collection in the closing stages.