Joe Root ready to have a ball in Sri Lanka 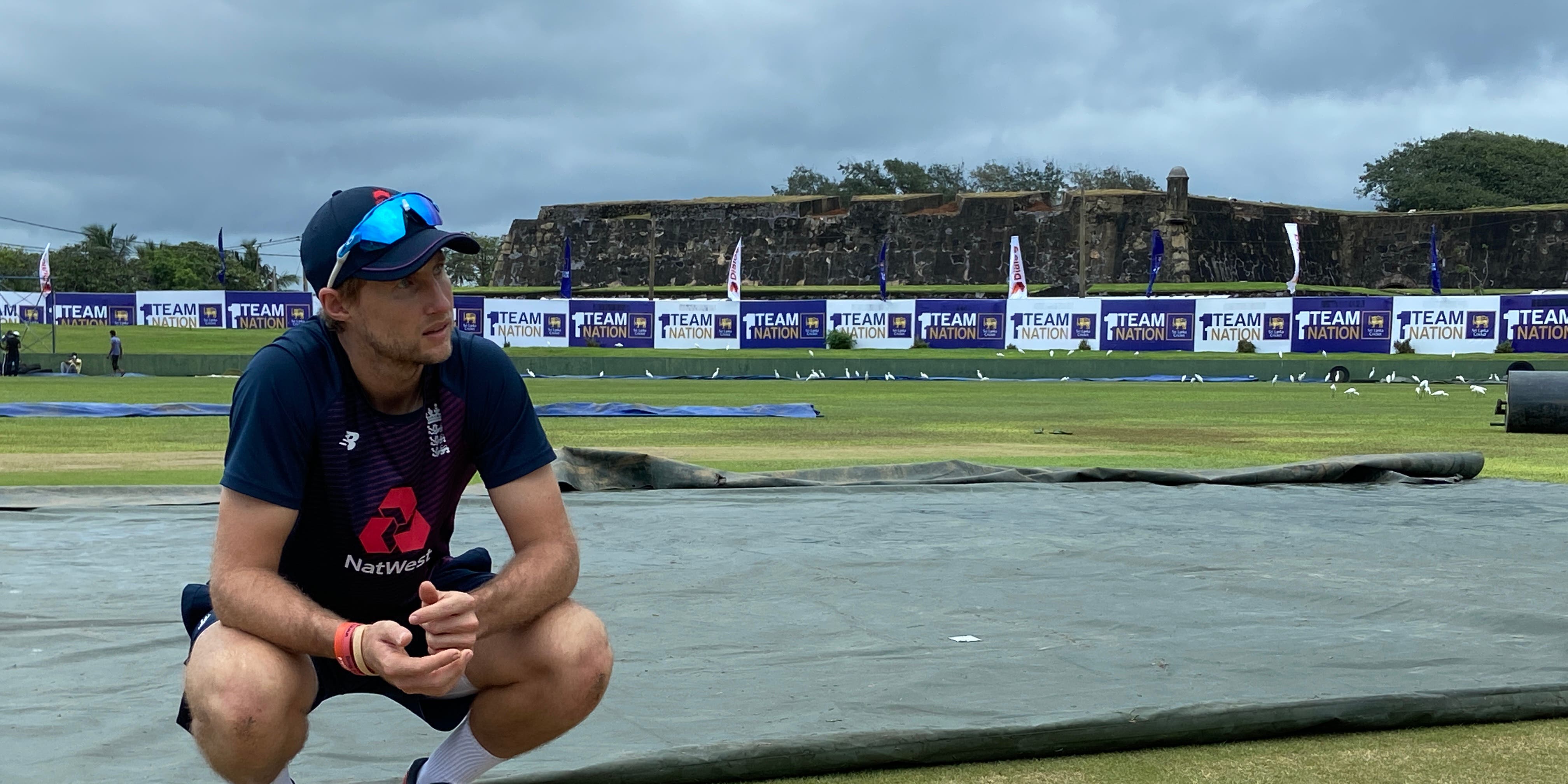 Joe Root’s runs and captaincy are likely to be crucial to England’s Test prospects in Sri Lanka, but he stands ready to do his part with the ball too.

Joe Root has a history of success in Sri Lanka

When Root led the side to a 3-0 sweep on the island in 2018, the tourists’ success owed plenty to a three-pronged spin attack of Adil Rashid, Moeen Ali and Jack Leach who harvested 48 wickets between them.

Of that trio only left-armer Leach will take the field in Galle on Thursday, with Rashid on what increasingly looks to be a permanent hiatus from red-ball cricket and Moeen remaining in quarantine beyond the initial 10-day guidance following his bout of Covid-19.

That means England are liable to line up with three seam options, with Root himself taking the role of extra spinner. He is no rank novice, boasting 29 Test scalps and best figures of four for 87 in Port Elizabeth, but could find himself playing a bigger role than ever before over the next couple of weeks.

And while he cannot expect to hit the heights of Moeen at his best, he has been putting himself through the necessary paces in the nets.

“I’ve readied myself for it. I’ve prepared for it in practice and it does seem to be coming out okay at the moment,” he said.

“With any attack, in any conditions, it’s about performing in partnerships and working with guys at the other end. I’ll just try to execute the role that is needed. If it is the case that I need to bowl longer spells than previously and take a bigger workload in this series then I’m looking forward to that challenge.”

Another, even bigger, challenge for England could prove to be avoiding the kind of slack start they have occasionally been prone to.

There have been a handful of day-one dips in recent years but in a two-match rubber it is particularly hazardous – as Root remembers all too well from a doomed trip to Auckland three years ago.

Back then his team were rounded up for just 58 by New Zealand in less than 21 overs and almost immediately surrendered their chances of emerging victorious on the brief tour.

“So many times in these two-match series, it’s imperative you get off to a good start. Look back to New Zealand, we had a terrible first morning session and it wiped the series out for us.

“We have started series poorly, as was mentioned last summer, and if we are to keep improving as a team we can’t be behind the eight ball going into the second Test match of every series.

“We are very keen to start off strongly and to get ahead of the game. The way we are going to do that is by scoring big first-innings runs and controlling the game. If we can manage to do that I think we’ll have success here.”

A sure-footed beginning would be even more of an achievement given only a solitary day of intra-squad warm-up action, blighted by a tight schedule and even tighter restrictions on movement.

“There’s no point hiding behind the fact: we haven’t had the ideal lead-up to this series. It’s probably the shortest lead-up we’ve ever had going into an away Test match series,” said Root.

“That’s part and parcel of playing in this era. It doesn’t take anything away from the group of players and the responsibility they have to put a performance in.”