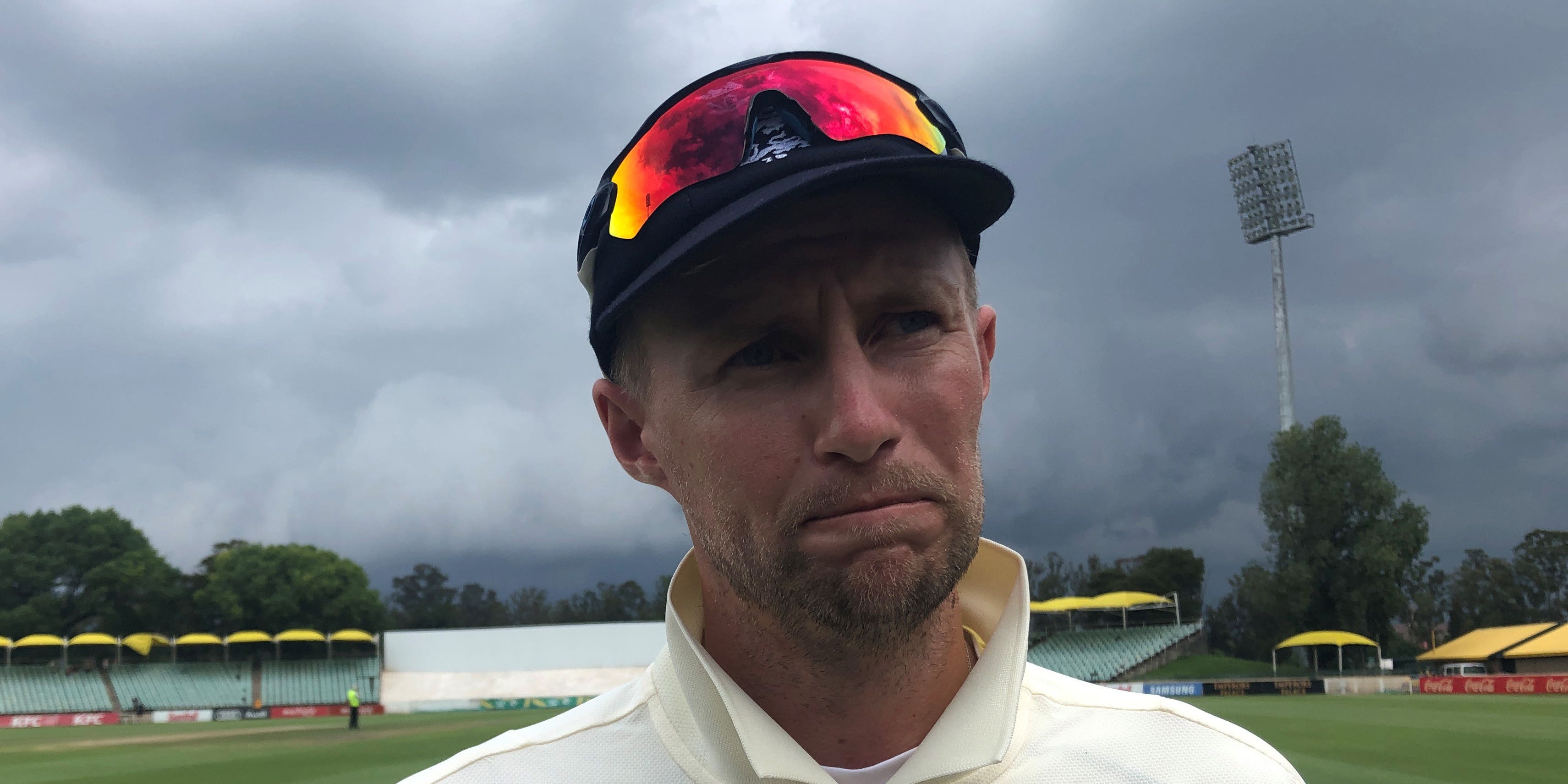 Joe Root refused to condemn the pitch after accepting his England side were outplayed by India in a humbling two-day third Test defeat in Ahmedabad.

However, Root suggested the International Cricket Council may take their own view of another rampant turner.

Seventeen wickets fell inside the first two sessions at the new Narendra Modi Stadium, wrapping up India’s first innings and England’s second at warp speed to leave the hosts chasing just 49 for the win.

They promptly wrapped up victory by 10 wickets to ensure three full days went
unused for just the seventh time in the last 75 years of Test history.

With just 140.2 overs sent down, it was the shortest match since 1935 in terms of balls bowled, and only amplified the debate which raged over the fitness of the previous surface – a loose dustbowl in Chennai.

As captain Root made a point to assume responsibility for his side’s shortcomings and made it clear that being bowled out for 112 on day one, then 81 in their second attempt, was not good enough.

But it was hard to escape a feeling of exasperation at the extreme spin that has dominated for the past fortnight, even though Root himself was able to cash in to the tune of five wickets for eight with his occasional off-breaks.

“I think that this surface is a very challenging one, a very difficult one to play on. But it’s not for players to decide if it’s fit for purpose; that’s up to the ICC,” he said, after a result that ended England’s slim chances of reaching the World Test Championship final on home soil this summer.

“As players we have to try to counter it as best we can. It is frustrating and something we have to learn from – we have to get better and we have to keep finding a way to score runs on surfaces like this. India outplayed us.

“If I’m getting five wickets on there then you can tell it is giving a fair amount of spin, that sums the pitch up slightly. There always has to be an element of home advantage, because that is part of the beauty of Test cricket.

“You go around the world playing in all these wonderful places and you have to learn to develop your game, to find different ways. It’s just how extreme you’re willing to let the wickets be.”

Asked if the governing body should move to take greater control over the pitches, Root added: “I think that’s something the ICC will look at and that’s a decision they’ll have to make on their own.

“As a player all you can do is play what’s in front of you. There’s always going to be slight home advantage but it is a shame when you have got so many fantastic players that can’t have an input into a Test match.”

Two players who barely registered on the occasion were James Anderson and Stuart Broad, with England’s two record wicket-takers reduced to walk-on parts in a game where 28 dismissals out of 30 came against slow bowlers.

England will privately concede that they picked the wrong team, with four pacemen leaving them poorly equipped for the nature of the contest, but Root insisted there was logic to the selection, which saw Dom Bess overlooked.

“We thought the wicket would hold together better than it did – throughout all the practice days it seamed around, it swung and the seamers looked a threatening option,” he said. “It’s easy in hindsight to select a different team.”

Expectations that the pink SG would hop around and misbehave when the LED lighting took over never came to pass, with Root admitting there was a new and unexpected quirk that led to an eye-catching number of batsmen trapped lbw or clean bowled.

“The ball was a big factor in this wicket. It almost gathered pace off the wicket,” he explained.

“If it hit the shiny side and didn’t hit the seam it almost felt like a 5mph difference. A lot of wickets on both sides were due to being done for pace and beaten on the inside.

“Whenever something new comes in it will always raise questions when we have games like this one. Like a new format or new tournament, it will take some time to get used to it and figure out the best formula and the best methods to exploit the ball, the lights or the conditions.”