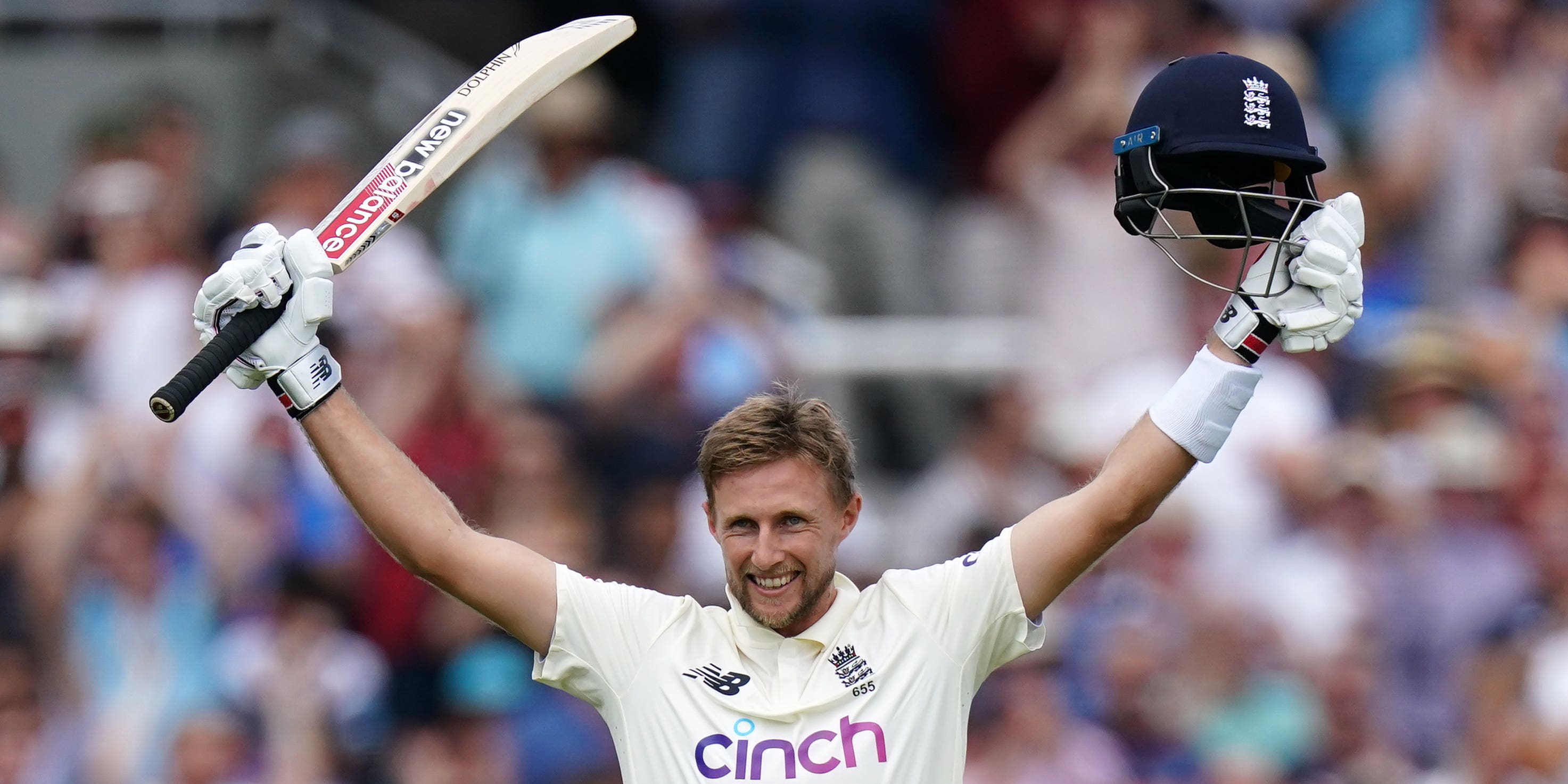 England captain Joe Root is optimistic of continuing his purple patch after being named the cinch men’s player of the year at the Professional Cricketers’ Association awards.

While England have endured a modest Test summer, Root has sparkled with the bat and arguably spared his side from disarray with 661 runs in half a dozen matches at an average of 66.1, with three centuries against India.

He was therefore recognised in a vote by his fellow peers, with Eve Jones becoming the first female domestic professional to claim a PCA award when she was named cinch women’s player of the year.

Root said: “I certainly feel I’m playing some of the best cricket I’ve played. I feel like I’m playing quite nicely. It’s been one of those years you need to make the most of.

“I feel I’ve got good rhythm in the way that I’m moving and good confidence at the crease. More than anything you are desperate to keep it going, keep that hunger, keep that drive to make those big scores and contributions.

“It’s brilliant to win an award, especially one that’s adjudged by your peers and I’m very grateful for that recognition.”

England in June were beaten by World Test Championship winners New Zealand, the number one team in the format, while India, ranked just below the Black Caps in the International Cricket Council standings, are currently 2-1 ahead of Root’s side.

The status of the series is still to be resolved after the fifth and final Test was dramatically called off just a couple of hours before play on the first morning at Emirates Old Trafford – although England and Wales Cricket Board chief executive Tom Harrison has intimated he hopes the decider can be played next summer.

Root added: “I read that. It would be nice to finish the series from a personal point of view and for a number of reasons – most importantly for the public that missed out, the people that paid to go and watch that game.

“I guess the challenge and the difficulty of it is making sure you don’t dilute the product of it, if it was going to overlap a series that’s currently in there. Are you going to get the quality that a Test match deserves?

“Hopefully that balance can be found because it will be great to get the opportunity to finish the series off. As a side we were desperate to try and square things up so we’ll see how things pass.”

Jones has also had a summer to remember, registering more than 800 runs and helping Central Sparks and Birmingham Phoenix to within one win of the Rachael Heyhoe Flint Trophy and The Hundred finals respectively.

The uncapped 29-year-old, who is heading to Australia for the upcoming Women’s Big Bash League, was one of 41 females to sign a full-time domestic deal last winter, which she believes has immeasurably boosted her career.

“That’s definitely had a massive impact on my game, I’ve come into the season with a lot of confidence and I’ve had a lot of support and belief given to me by my team.”

Yorkshire batter Harry Brook was announced as the men’s young player of the year while 17-year-old Alice Capsey became the youngest ever recipient of one of the PCA’s player-voted gongs after being named as the inaugural winner of the corresponding women’s award.