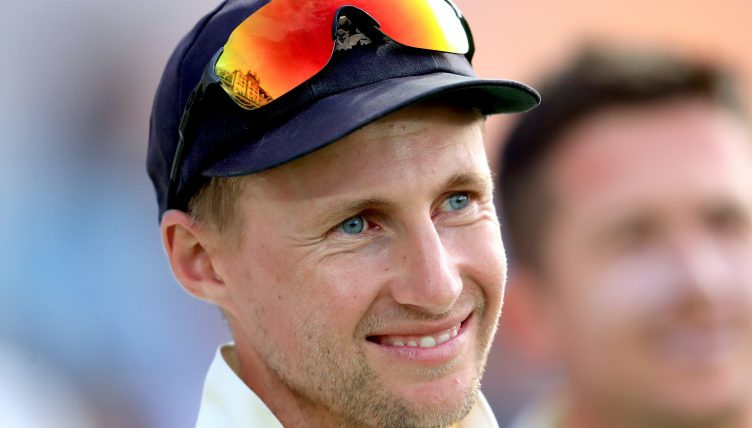 England captain Joe Root is “very optimistic” Test cricket will be played this summer, even if his side could have to go into a nine-week quarantine.

Root’s men were supposed to be playing West Indies in a two-match Test series in June, with Pakistan visiting later in the summer, but the ECB has said there will be no cricket before July 1.

The governing body are busily planning a variety of models that would see England fixtures staged and reports have suggested an expanded squad of up to 30 could be asked to remain in camp for as long as nine weeks.

Root is confident, depending on government advice, some cricket can be played.

“I’m very optimistic, hopefully that can be the case and it would be a real shame if it wasn’t,” he told the Cricket show on Sky Sports.

“I think a number of people are desperate to see live sport back on telly and the guys are all very much missing playing and would love to get back out there.

“Safety is paramount and we need to make sure everyone involved is absolutely safe. We’ve been very fortunate, our team doctor (Gurjit Bhogal) whose been with us recently has done a fantastic job.

“He did a great job on the ground in Sri Lanka with all the players, checking in on everyone. And (ECB chief medical officer) Nick Peirce has also done a fantastic job overseeing everything and presenting ideas on how things might look to the group.

“I’m sure the discussions will progress and we’ll get more information and get closer and closer to cricket being back on and international cricket being played.”

Putting the players into a bio-secure bubble might be the only way to get games on this summer, meaning it would present a number of challenges.

Not least for Root, whose wife Carrie is expecting their second child.

“It would be the playing group and management, almost in your own little house, throughout and almost in isolation together, not interacting with the opposition, broadcasting crews, officials or media. Keep that as tight as possible.

“Within the grounds it’d be very similar, going into separate lunch rooms, how the changing room will look will depend on a few things I’d imagine.

“It’d be a very different look to how a normal Test week would go and the environment we work in but I do think it’d probably be manageable and hopefully that’s the case.

“It will be a challenge and other guys involved that’ll have similar problems, and that’ll be something we’ve got to be quite flexible with in these times, look at what’s happened the last eight weeks.

“Things could drastically change within that space of time and we could be in a different position to we are now but we’ve got to find safe ways of getting out of the bubble.

“We’ll have to clear up and make sure things are tightly secure so there’s no chance of people getting ill or unwell.”